MORNING TRADING
In Asian trading hours, EUR/USD held gains at 1.1862 and GBP/USD climbed to 1.3108. USD/JPY remains subdued at 106.53. This morning, Japan's second quarter annualized GDP shrank 27.8% on quarter (-26.9% expected), the largest decline in record, according to the government.


#UK - IRELAND#
Bunzl, a distribution and outsourcing company, was downgraded to "neutral" from "buy" at Goldman Sachs.


#GERMANY#
Scout24, a digital company, was downgraded to "hold" from "buy" at Societe Generale.
From a daily point of view, the share is bullish since March and is supported by a short term rising trend line after a recent consolidation area. Furthermore, the 20 DMA has played the role of support. Above 72E look for a new all-time high set at 82.9E and 87.7 in extension. 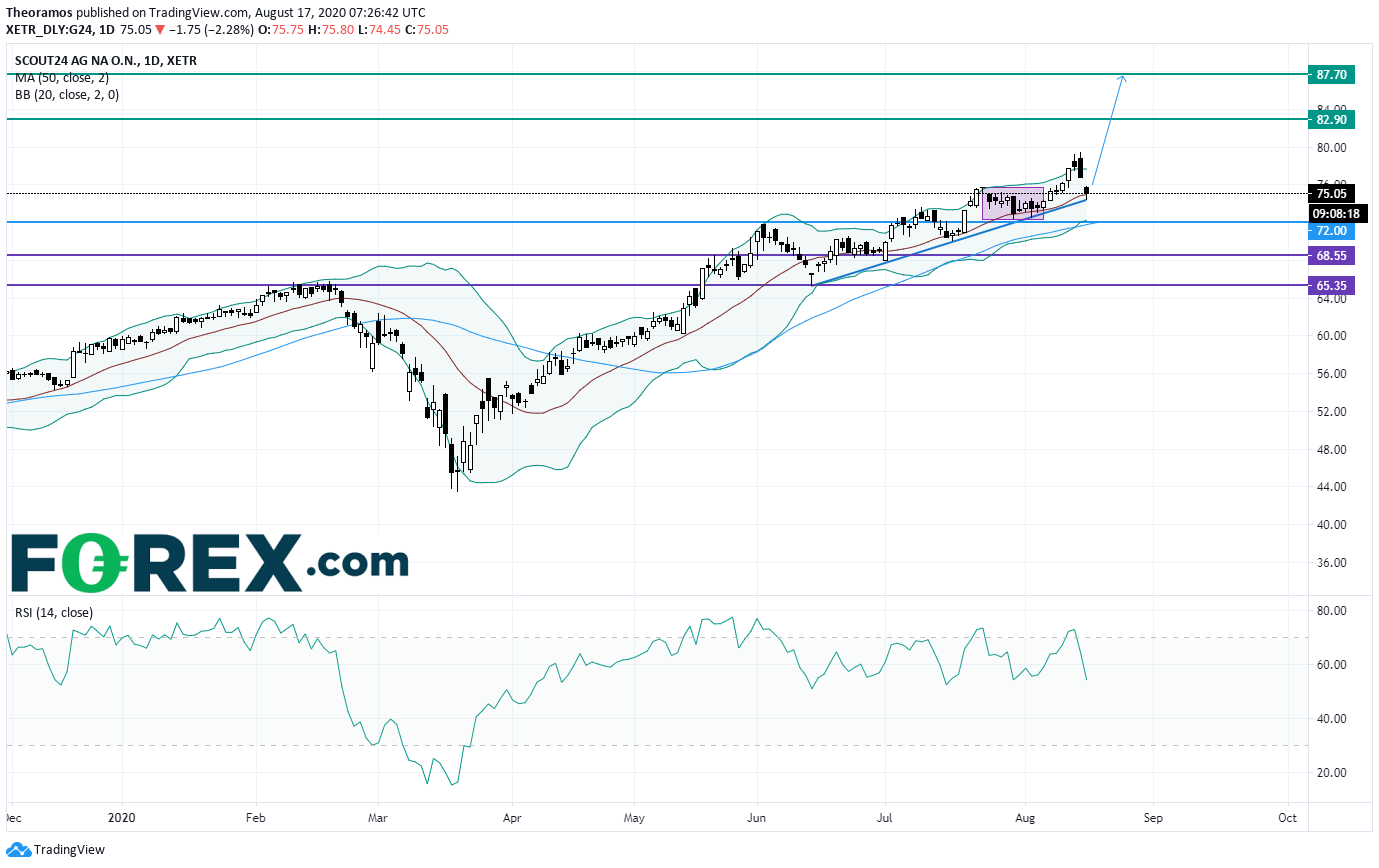 #FRANCE#
Sanofi, a pharmaceutical group, announced that it has agreed to acquire biopharmaceutical company Principia for 100 dollars per share in cash, representing an aggregate equity value of approximately 3.68 billion dollars.

Pernod Ricard, an alcoholic beverages producer, was upgraded to "overweight" from "equalweight" at Barclays.


#BENELUX#
Unibail-Rodamco-Westfield, a commercial real estate company, is planning to raise 3.5 billion euros through share sale, reported Bloomberg citing people familiar with the matter. The company issued a statement regarding the media report: "As detailed in its H1-2020 results communication, as at June 30, 2020, URW had E12.7 Bn of cash and undrawn credit facilities at its disposal. (...) As previously communicated, deleveraging is a priority for URW, (...) In addition, the Supervisory Board and Management Board continue to weigh the merits of all potential strategies to strengthen URW's financial profile in line with their respective fiduciary duties.
Related tags: Commodities Forex Equities