Sentiment appears a bit cautious following the release of disappointing global data and after the US threatened new tariffs on the EU. But with G20 and OPEC meetings behind us, the focus is turning back to economic data for market participants. On that front, it has been a poor start to the week. After Monday’s very disappointing showing from the global manufacturing sector, we have had some more bad numbers from Europe this morning. Consequently, European stocks have failed to build on Monday’s gains and there is a growing risk that the indices may ease back further to close their weekend gaps at least.

German retail sales fell 0.6% month-over-month when an increase of 0.5% was expected, while Spanish unemployment fell less than expected. In the UK, activity in the construction industry slumped sharply in June, to its lowest level in a decade, as purchasing managers in housebuilding, commercial and civil engineering all reported sharply deteriorating conditions. Confidence was hit because of ongoing Brexit uncertainty, causing delays in projects.

DAX could ease back a little

Although the FTSE broke to a new 2019 high today as the pound slumped on the back of poor UK data, the mainland European indices were less jubilant, no doubt because of the threat of new tariffs on the EU from the US. So, we could see the likes of the German DAX index close their gaps created at the weekend, base for a while, before they can potentially resume their bullish trends.

In fact, the DAX has managed to find support from the “key support area” we had highlighted last Tuesday and it has already reached our intended target above the 12455 area. But like the S&P 500 we wrote about yesterday (link already provided above), I think there is potential for short-term weakness for the DAX here as investors digest the latest fundamental developments and await further impetus later on in the week. The new support levels to watch now are at 12440 and 12340, levels which were previously resistance. However, any move below the most recent low at 12170 would invalidate the bullish bias in the short-term outlook. 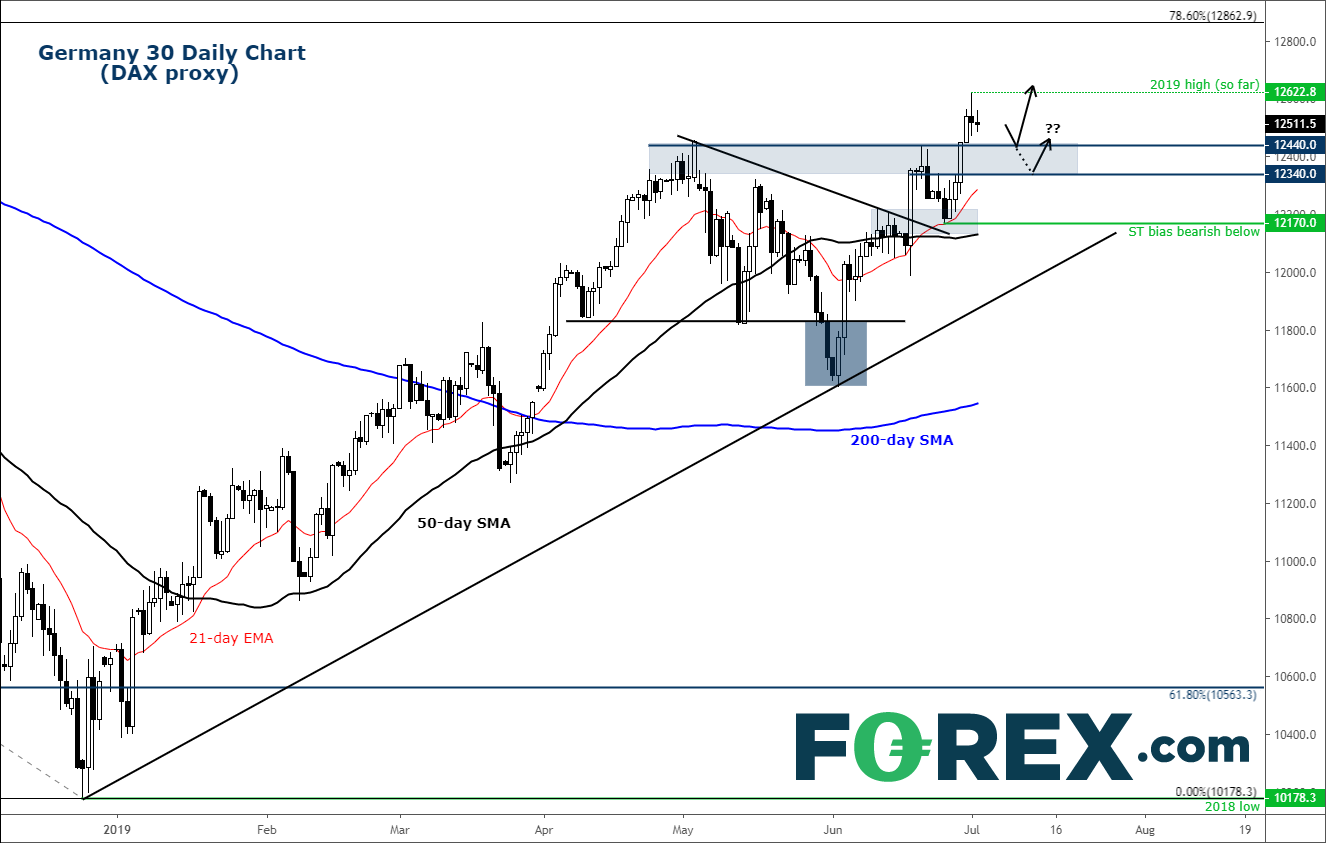