Spot gold posted a sharp retreat touching a low of $1.932 an ounce. Spot silver tested the support at $24.00 an ounce.

From a daily point of view, the share price is supported by a rising trend line drawn since March. The stock trades above its rising 50DMA. Above 7170p, the targets are set at the previous all-time high at 8106p, and 8334p in extension. Alternatively, a break of 7170p would call for a reversal trend. 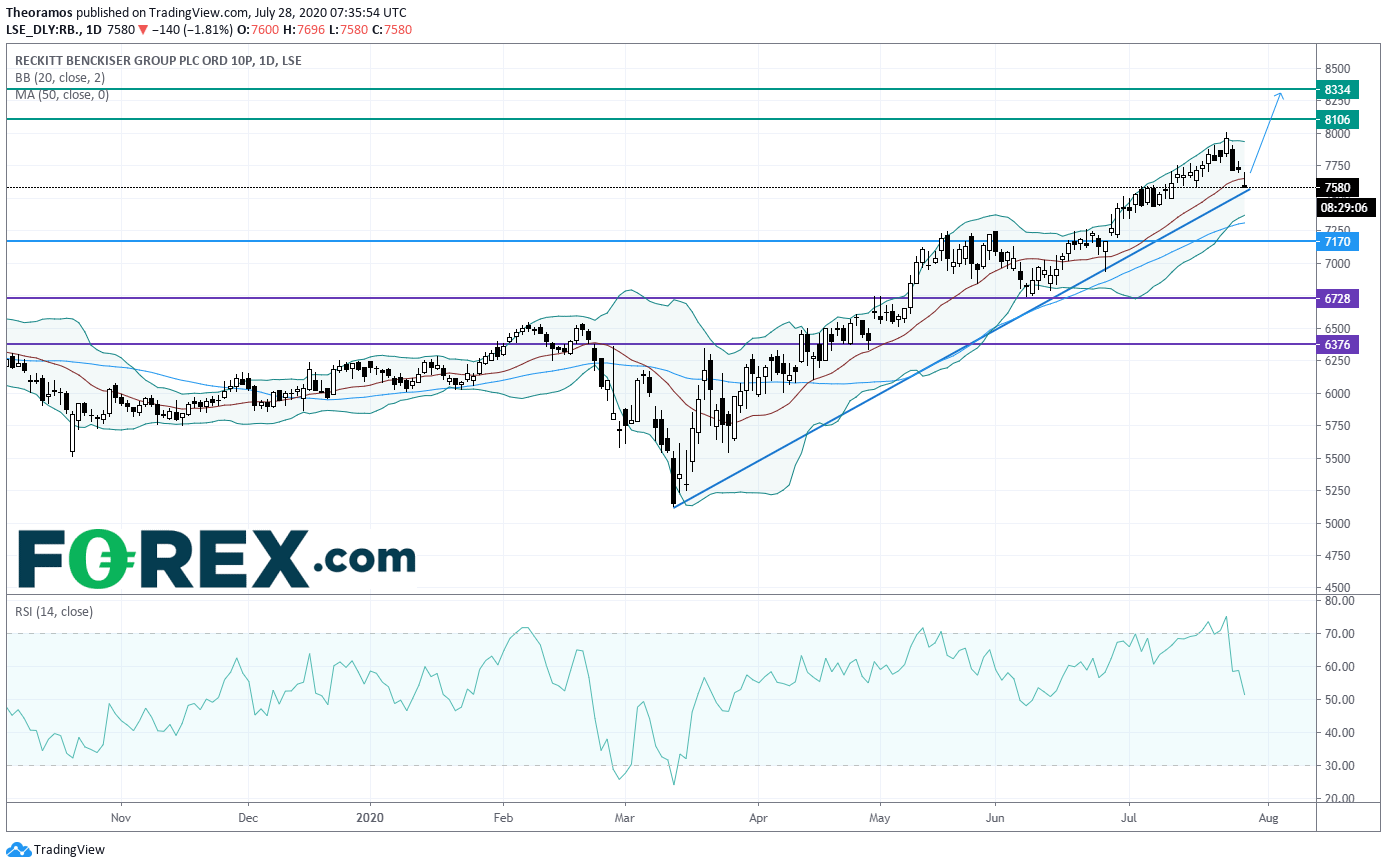 
#FRANCE#
Peugeot, a French car maker, reported first-half net income plunged to 595 million euros from 1.83 billion euros in the prior-year period on revenue of 25.12 billion euros, down 34.5% on year. The Company said: "In 2020, the Group anticipates a decrease by 25% of the automotive market in Europe, by 30% in Russia and Latin America, and by 10% in China. (...) Groupe PSA has set the target to deliver over 4.5% Automotive adjusted operating margin on average for the period 2019-2021."


#BENELUX#
ING Groep, a Dutch bank, said it will book a goodwill impairment of about 300 million euros in the second quarter, citing "the negative developments in the macro-economic outlook for the relevant business units in the context of the Covid-19 pandemic".


#ITALY#
STMicroelectronics, which makes semiconductor integrated circuits, announced plans to sell 1.5 billion dollars worth of bonds convertible into shares, saying it will use the proceeds for general corporate purposes including early redemption of the 2022 convertibles.