By :
Fiona Cincotta
,  Market Analyst
What?
Uber shares are down over 5% in pre-market trading

Why?
11th hour talks between Uber and Tfl failed and Uber has been stripped of its licence to operate in London. The ride hailing service failed to adequately address concerns over protecting passengers and vetting drivers.
Uber originally lost its licence in 2017 over safety concerns but was given a 15-month extension. Whilst there have been some improvements, Uber has allowed passengers to get into vehicles that are potentially unlicensed and insurance vehicles.


What now?
Uber has 21 days to appeal the decision. The hail riding service will almost certainly be able to continue to operate during this period.


What does this mean for the share price going forward?
Uber has tanked 5% in pre-market trading, pointing to an opening price of $27.90, this would be some 38% southwards from its IPO price earlier this year, although above its all time low of $25.58 reached in early November.


Ride sharing revenue from Europe grew 24% in the last quarter to $534 million. This figure is about 5 times smaller than the $2.4 billion that Uber generates in the US and Canada. London is clearly just a very small piece of a much bigger.


However, should Uber lose the appeal case the hit to revenue could be extensive, quite simply because this would be unlikely to stop with Tfl and London, other cities around the UK would sit up a listen. And then there are the problems that Uber is having with New York, Los Angeles, San Francisco and Sao Paulo.


Should Uber manage to satisfy an appeals court that it is fit for business, there could be some upside to the stock. Diversification through Uber Eats and its freight delivery platform could help drive revenue next year, potentially aiding Uber reach the elusive goal of profitability.  Barclays Capital recently issued a $40 target on the stock. 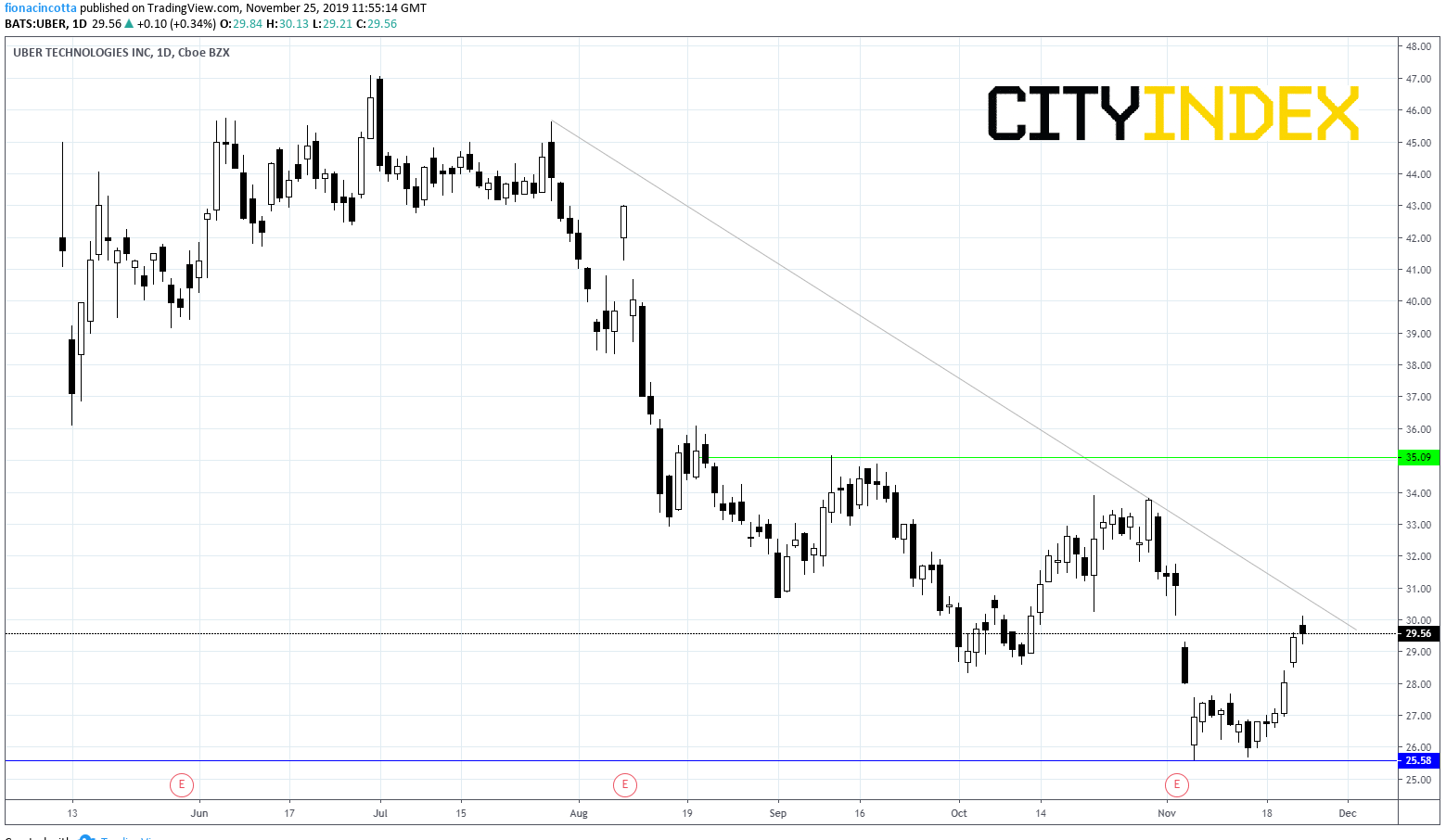