By :
Global Author
Aside from the continuing market effects of the Macron rally on Tuesday in the aftermath of Sunday’s first round of the French presidential elections, currency markets have remained vulnerable to the Trump Administration’s every move. In the current case, the Canadian dollar plunged against the US dollar late on Monday and into Tuesday after new US tariffs of up to 24% were imposed on Canadian softwood lumber imports. This helped push USD/CAD up to and above the key 1.3600 level, establishing a new 14-month high in the process. 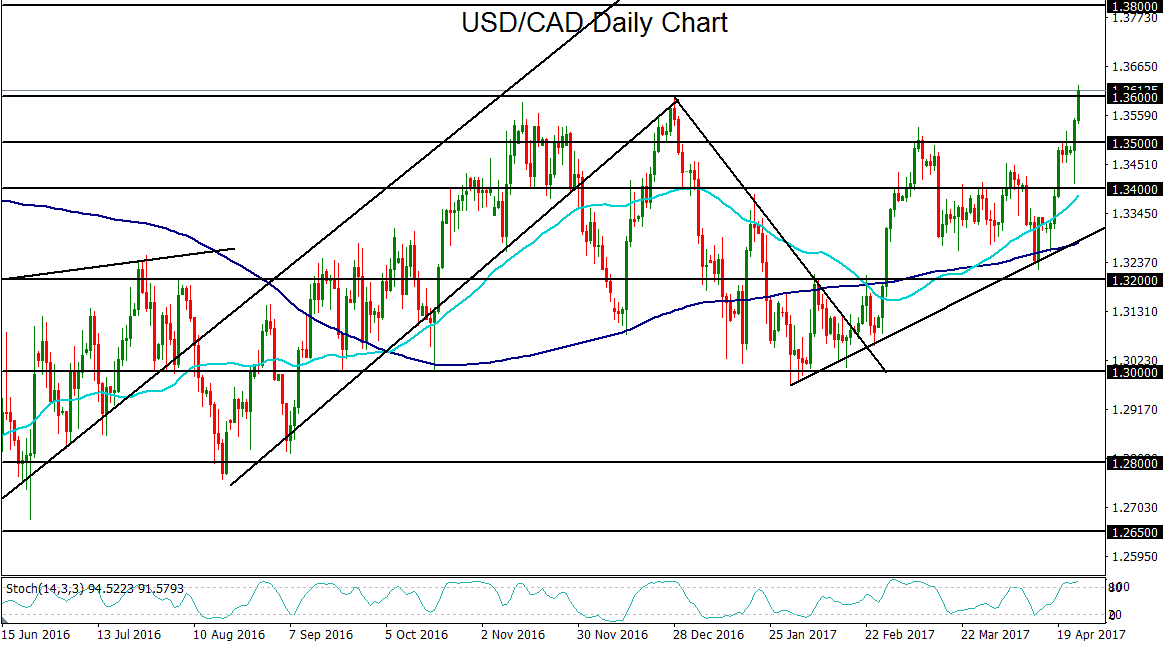