On Monday 14 September, the LDP is expected to hold its leadership election three days before the National Diet will elect a new Prime Minister. Though Abe refused to endorse a preferred successor, Chief Cabinet Secretary Yoshihide Suga is the clear frontrunner and has reportedly solidified his support within the LDP; former Defense Minister Shigeru Ishiba and ex-Foreign Minister Fumio Kishida will also vie for the election. The winner of the election will serve out the rest of Abe’s term, through September 2021.

If Suga secures the election, he has pledged to continue the former PM’s “Abenomics” economic policy, anchored by monetary easing from the Bank of Japan, fiscal stimulus through government spending, and structural reforms. In recent interviews, Suga has also cited deregulation as a key policy goal. While continuity in economic policies should benefit Japanese businesses, there is a risk that Suga could dissolve parliament and call a snap election to solidify his support, which could introduce an extended period of uncertainty and volatility for Japanese assets, including the yen.

Speaking of the yen, Japan’s currency surprisingly saw notable strength against the US dollar on the day Abe announced his resignation, though USD/JPY has since retraced most of that move. Taking a step back, USD/JPY sits near the middle of a “symmetrical triangle” pattern created by a series of lower highs and higher lows in price. For the uninitiated, this pattern is similar to a person compressing a coiled spring: as the range continues to contract, energy builds up within the spring. When one of the pressure points is eventually removed, the spring will explode in that direction.

It’s notoriously difficult to predict the direction of a symmetrical triangle breakout in advance, but markets tend to see large moves following a breakout in either direction. Accordingly, readers may want to wait for a potential breakout around the election and then hop aboard the new trend on any pullbacks. To the topside, USD/JPY could rally up to 108.00, whereas a downside break could target the late July lows near 104.00. 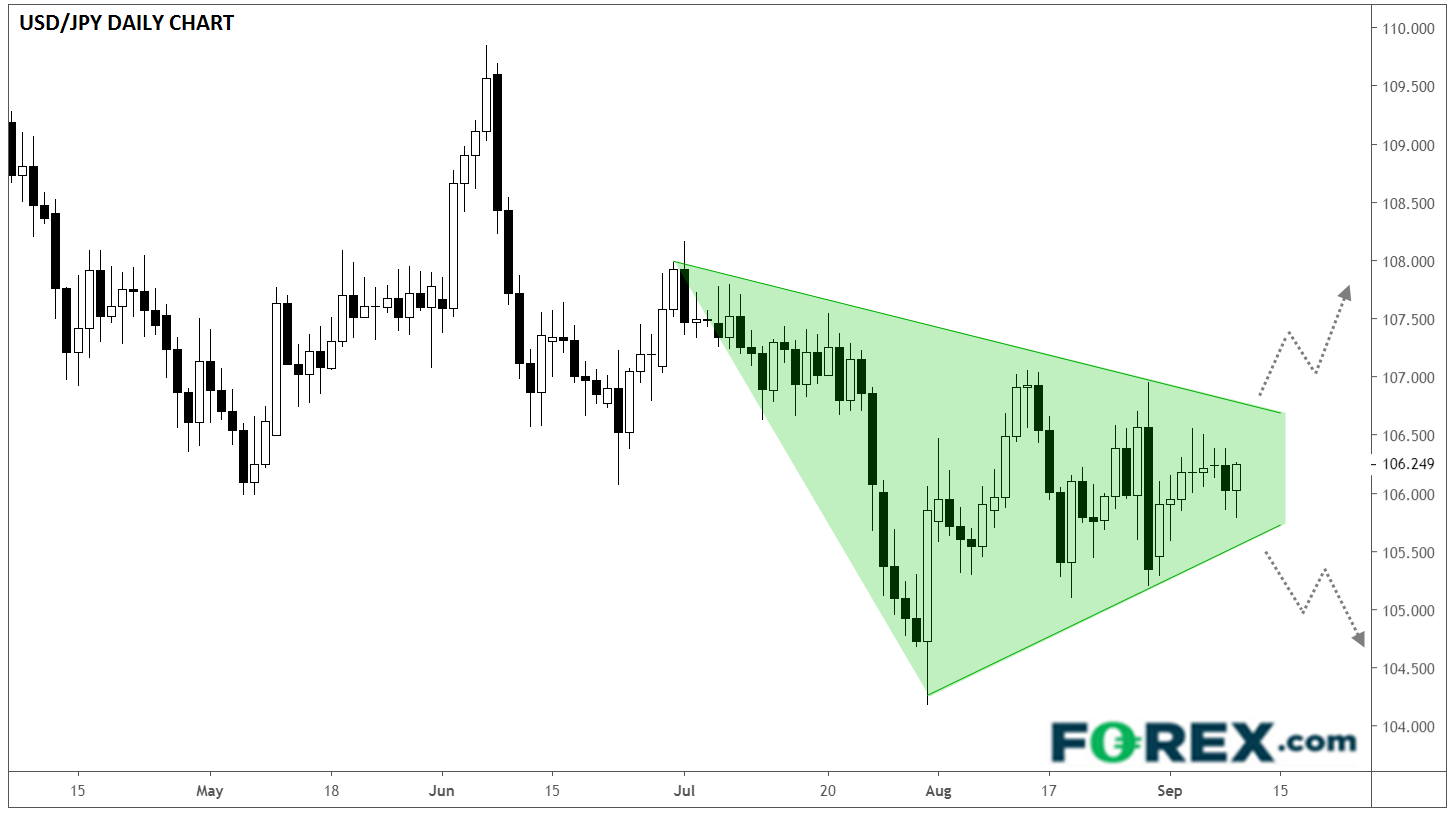