Volatile price action across yen pairs on Friday quickly saw the finger pointed at the BOJ (Bank of Japan) and MOF (Ministry of Finance) for currency intervention. After rising to just 6 pips below 152, USD/JPY fell over -3.9% to touch a low of 146.2 within two hours during its second most volatile day since March 2020 (and coming a close second to when the MOF intervened in September).

Whilst the MOF has since declined to comment on whether they intervened, such action has not come without multiple warnings from officials. The MOF last week said they will deal with speculators ‘severely’ and the strong price reaction on Friday suggests they did just that.

Everything you should know about the Japanese yen 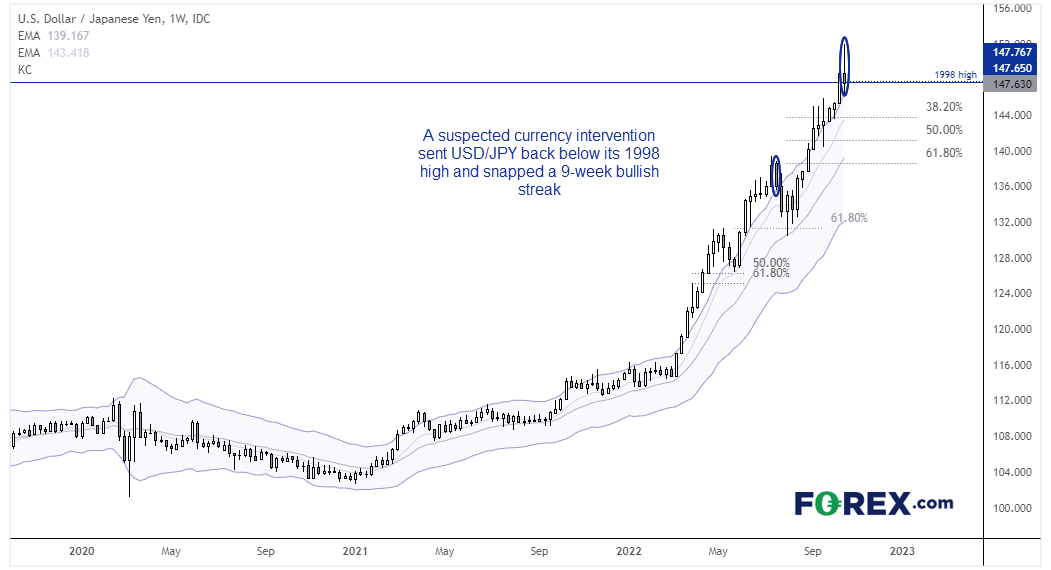 We can see on the weekly chart that USD/JPY closed back below its 1998 after the suspected currency intervention. It was also the first week to close lower after a 9-week bullish streak, six of which were above the upper Keltner band which screams of over-extension. Furthermore, the weekly candle is some form of a Doji or bearish hammer, which raises the potential that an important swing high has been seen. The fact is that we have not really seen a correction since the June 2021 high, and with central authorities determined to stop the yen’s fast depreciation and the potential of a Fed pivot resurfacing, it is not impossible to believe that the yen is now within a corrective period. 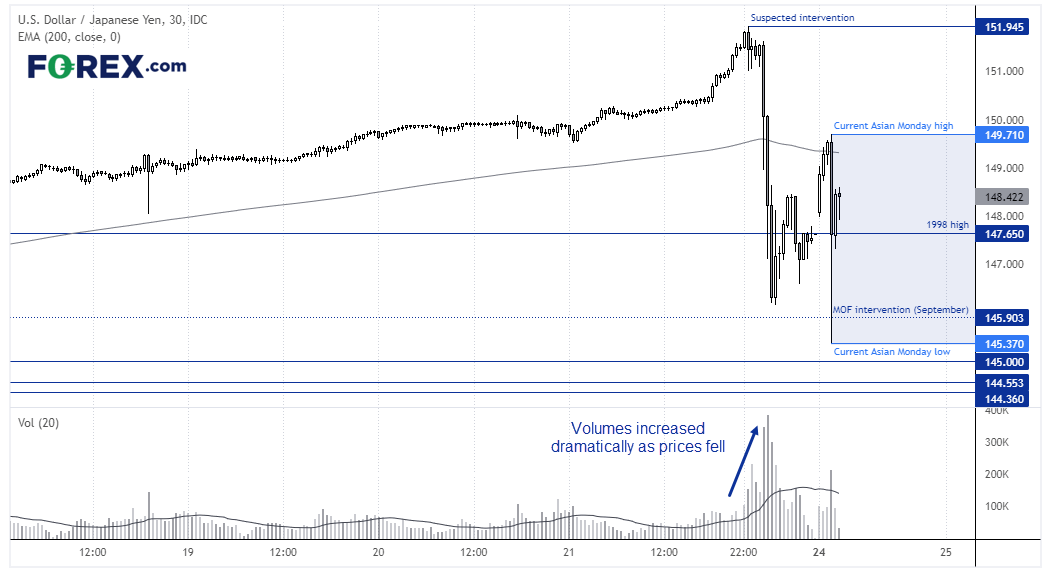 Price action has also been erratic in today’s Asian session, which points to another probable intervention. USD/JPY had recouped around 60% of Friday’s losses by the Tokyo open, but prices then fell around -3% and took out Friday’s low. Incidentally, today’s low also traded beneath the level which the MOF intervened before springing higher once more. But the message seems clear enough; the MOF no longer want the yen declining in a straight line, and would sooner it appreciated. Perhaps traders would be better selling rallies than buying dips as we head towards the BOJ meeting on Friday, as this is what the MOF appear to be doing. 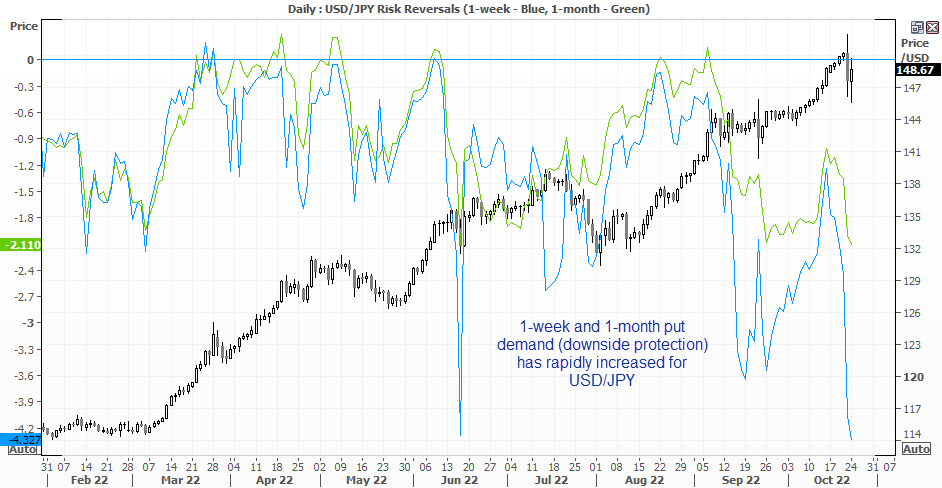 And Friday’s meeting – where the BOJ are expected to keep policy unchanged and reiterate their ultra-loose stance – no doubt creates issues for the MOF. Which is why traders would be wise to expect further intervention if traders continue to goad such an action by selling the yen against anything and everything. It is also worth remembering that the MOF last intervened following the BOJ’s September meeting. Only this time they appear to be front-running the meeting instead of reacting to it.

Ultimately, I suspect price action will remain erratic heading into Friday’s BOJ meeting. But the bigger question is whether we have witnessed an important top and are now within its first notable retracement since July 2021. 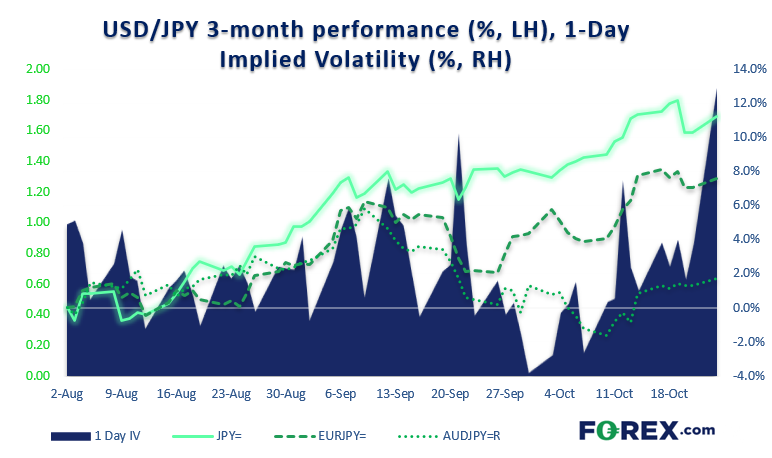