Brexit Bill is Passed, however Timetable is Rejected

UK Parliament passed the Withdrawal Agreement Bill.  However, they also refused to be handcuffed into Boris Johnson’s timetable of just 2 days to read and debate the matter.  The UK’s main opposition party leader, Corbyn, said afterwards that Johnson needs to agree to a reasonable timetable.  PM Johnson must now determine whether to accelerate plans to leave the EU with no deal or ask for an extension past the October 31st deadline.  One option Johnson is considering is that the UK accept a 10-day extension, as long as it is the final extension from the EU.

Upon passage of the WAB, GBP/USD bid up roughly 75 pips in hopes that the timetable would be passed.  However, as soon as the timetable was rejected, the pair fell from roughly 1.3000 to 1.2832 on concerns that Brexit deal will be delayed further, or even worse, will end with no deal at all. 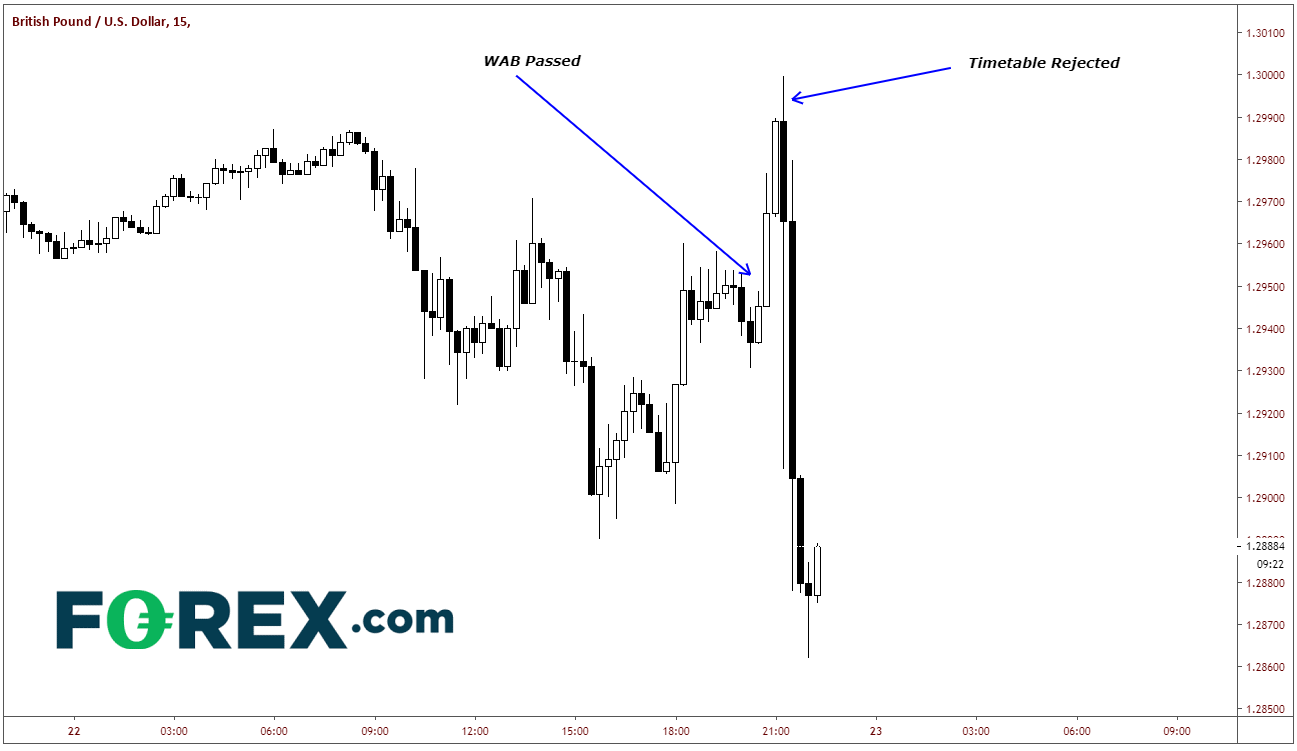 On a daily timeframe, GBP/USD is currently consolidating just below the psychological level and horizontal level of 1.3000.  Although has made attempts to close above 1.3000 over the last 4 days, it has yet to do so.  The bottom of the consolidation zone is roughly between 1.2880, which is the 38.2% retracement level from the April 2018 highs to the September 3rd lows, and 1.2840, which is the 61.8% Fibonacci retracement level from the May 6th highs to the September 3rd lows.  A break above or below these levels could quickly push the markets 200 pips in either direction. 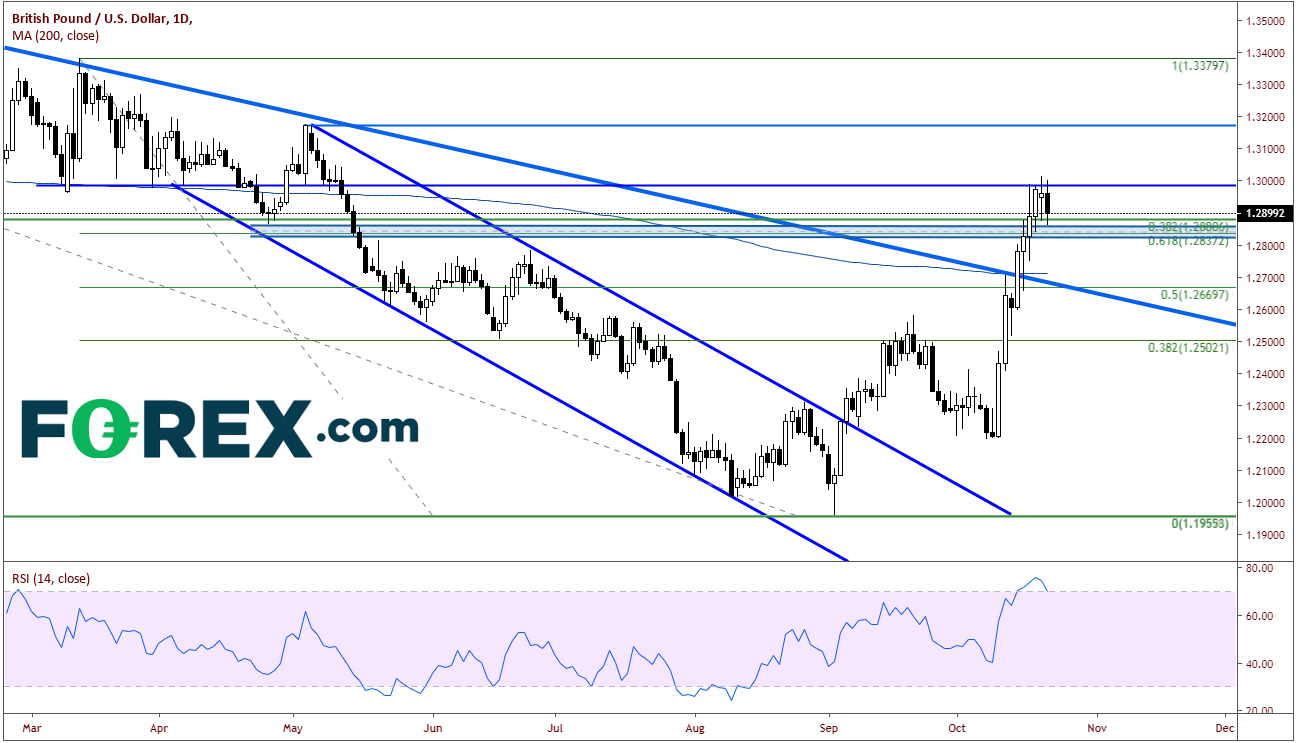 On a daily timeframe, it appears EUR/GBP still has room to go on the downside towards .8500 to complete the flag formation.  However, the RSI is oversold, and with the news today it’s no surprise the pair bounced to give time to the RSI to unwind back into neutral territory before it resumes it descent lower.  Horizontal resistance comes in near .8700. 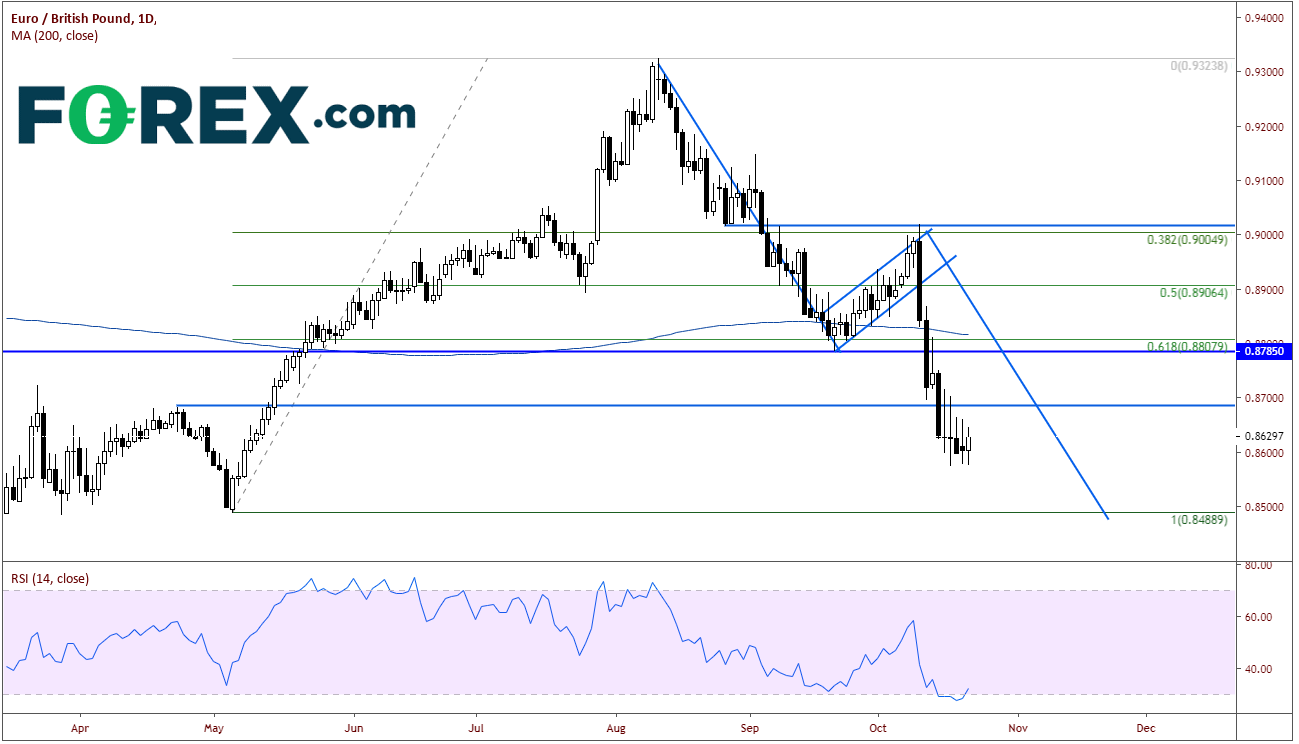 As we get closer and closer to the October 31st “drop dead” date for a Brexit deal, the situation is going to become more and more fluid.  Expect even more volatility as time passes!