By :
Global Author
Crude oil prices continued to fall precipitously on Monday, with the West Texas Intermediate (WTI) benchmark for US crude dropping below $40 per barrel for the first time in more than three months. Monday’s fall extends the sharp downtrend that has been in place since the $51-area highs of June. 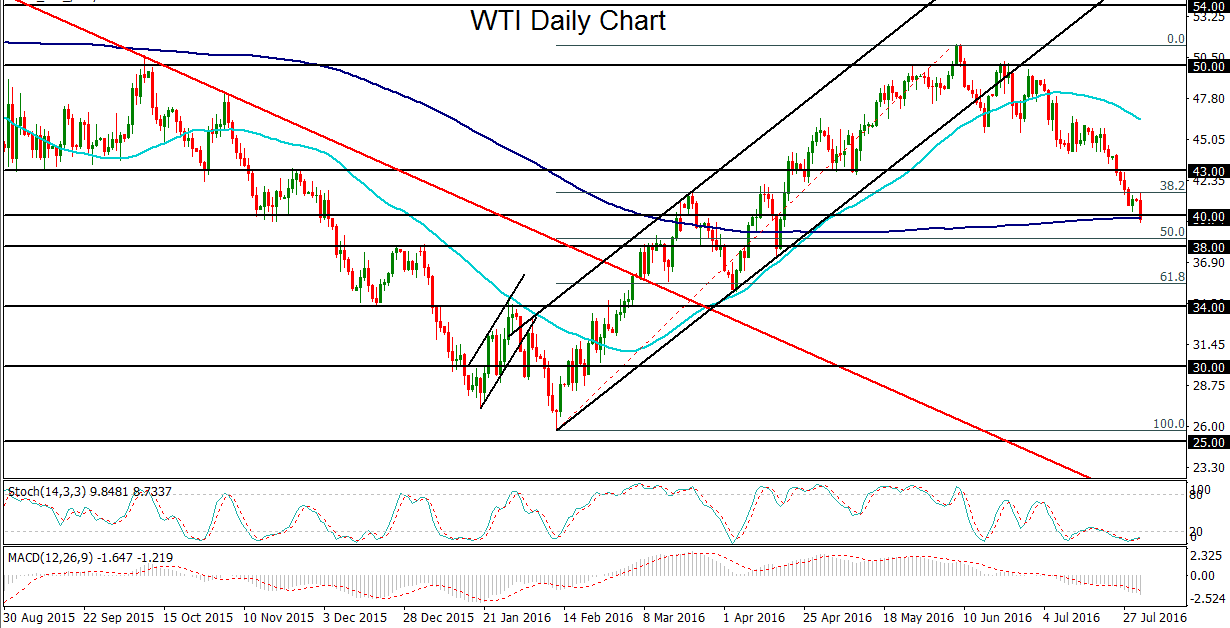