Safe haven gold has been largely out of favour over the past few days after its recent rally ended abruptly on Thursday of last week, though a weaker US dollar has helped to keep it afloat. Evidently, it has lost out in favour of riskier assets, such as equities and oil, which have stormed back to life, along with the British pound, after a new opinion poll from the UK suggested that the Remain camp’s support increased in the aftermath of the tragic death of a UK MP. Indeed, gold priced in British pound (see figure 2, below) has dropped a good £76 or 8.1 per cent from its high on Thursday, whereas gold in dollar terms has eased off ‘only’ $44 or 3.3 per cent from its corresponding multi-year peak.

But the Brexit vote has not come to pass just yet and so despite what the opinion surveys may suggest, gold, as a safe haven asset, will likely lurk in the background until at least Friday. Indeed, it may find good support once again should the pound head back lower on, say, a new poll which shows renewed support for Brexitters. The biggest move of the week, however, is likely to occur on Friday when the outcome of the vote is known. Gold could fall sharply on reduced safe haven demand if Remain is victorious. On the other hand, if the unthinkable happens then the metal could sky rocket. Given this uncertainty, I don’t expect gold to move significantly in the interim.

Today, the metal may also respond to comments from Fed Chair Jannet Yellen, who presents her semi-annual testimony on monetary policy before Congress today and tomorrow. Although Yellen made no mentioned of it last week when the FOMC let rates unchanged, her comments will be closely watched to see whether a July rate hike still remains an option should the UK public votes to stay in the EU. If she sounds less dovish than last week, then gold may come under some pressure in favour of the dollar.

From a technical point of view, the metal’s failure to hold above the prior swing high of around $1300/3 is a concern for bullish speculators, though there has been little follow-through in the selling pressure since that potential reversal pattern was formed on Thursday. However, if gold starts to move and hold below last week’s range at $1272 (which is also where the 38.2% Fibonacci retracement level converges) then we may see some selling momentum build up ahead of Thursday’s vote. In this potential scenario, the next stop for gold could be around the 50-day moving averages at $1255 or the bullish trend line much lower. The bulls meanwhile will be hoping that the prior resistance level of $1300/3 would be cleared soon – if so, the aforementioned bearish pattern would then become invalid. In this potential scenario, gold could extend its advance towards the 127.2% Fibonacci extension level of the previous swing at $1332 initially before deciding on its next move. But make no mistake about it, the Brexit vote will have a major say in gold’s near-term price action. 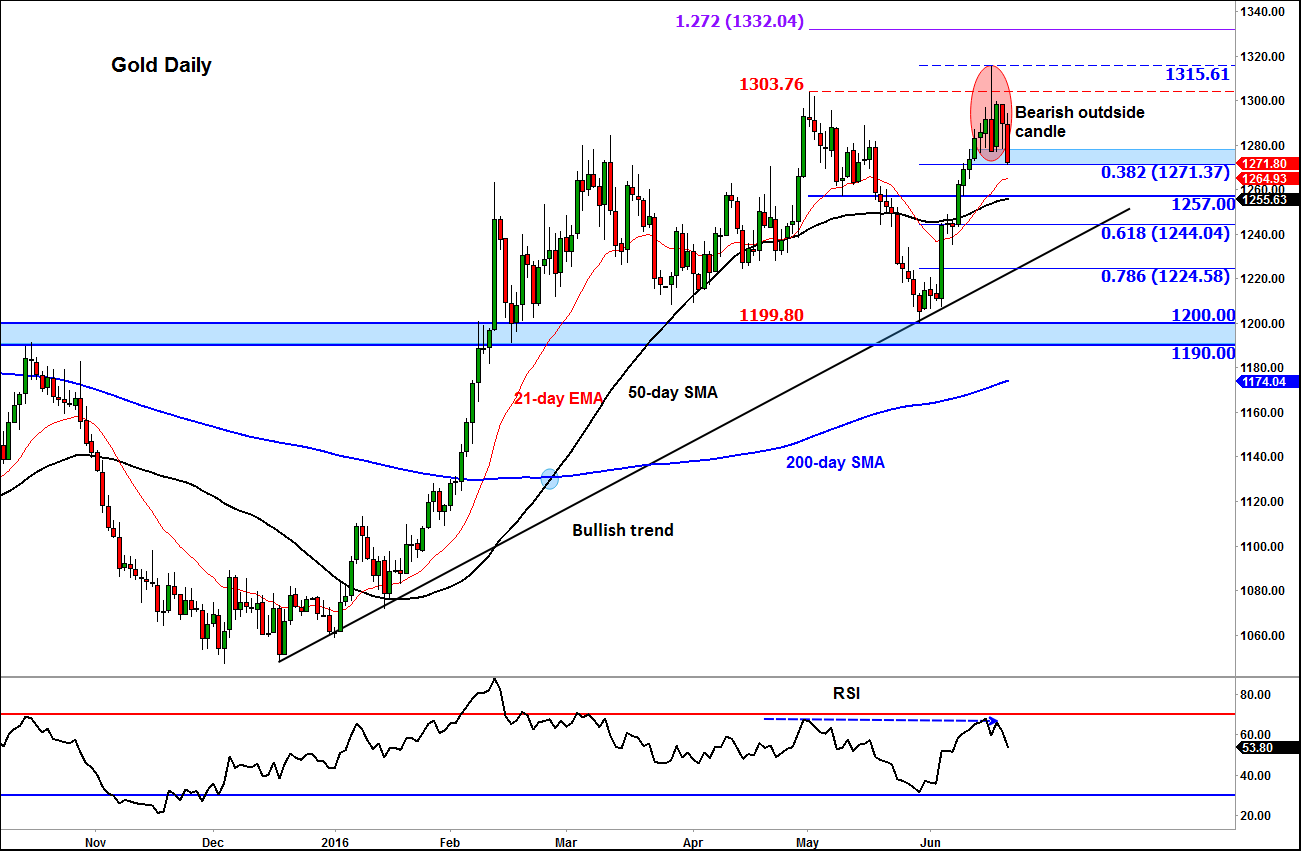 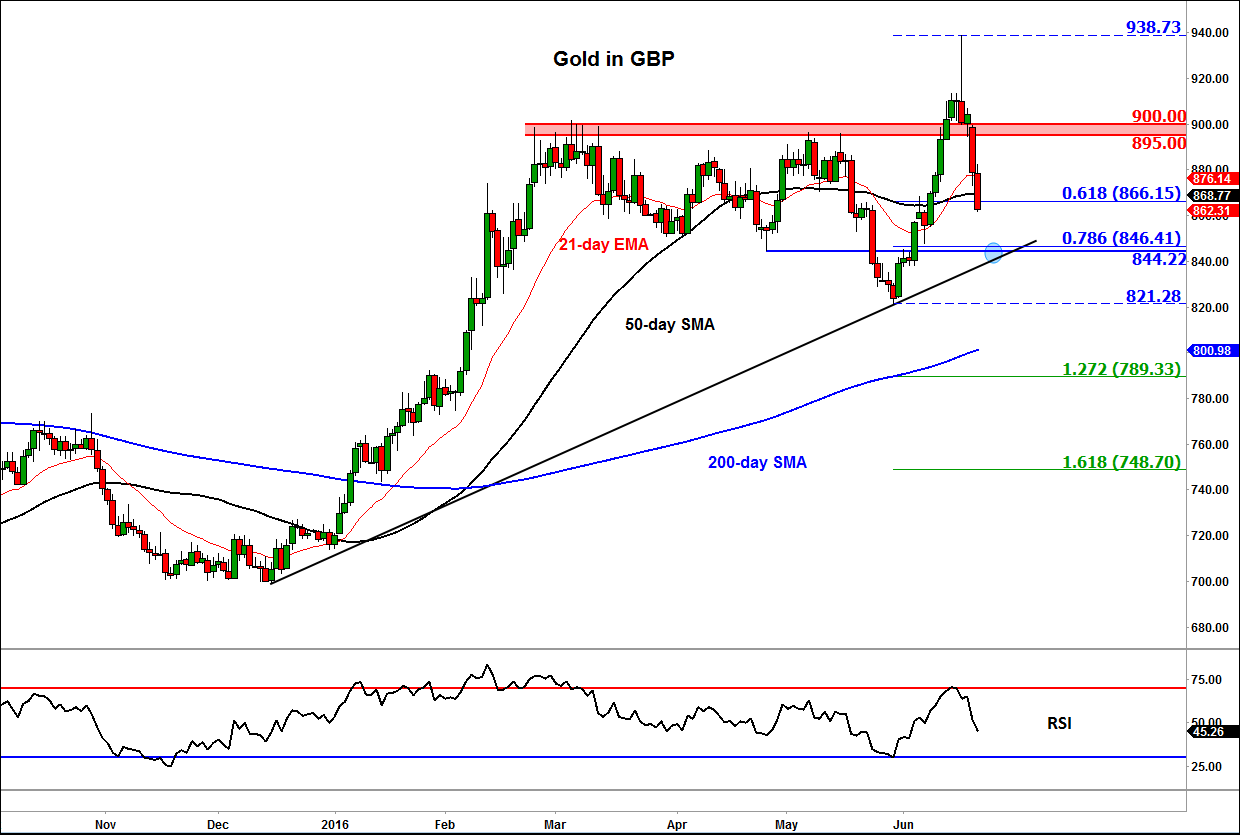