Earlier this week. the National Bank of Hungary raised interest rates 30bps to 2.1%, the highest level since February 2015.  This was the 6th rate hike in a row.  On Tuesday, USD/HUF reached its highest level since May 2020 near 324.00 as traders feared more hikes are necessary.  The CPI reading for October was 6.5%. Wednesday’s candlestick was a shooting star, however so far today, there hasn’t been any follow through. 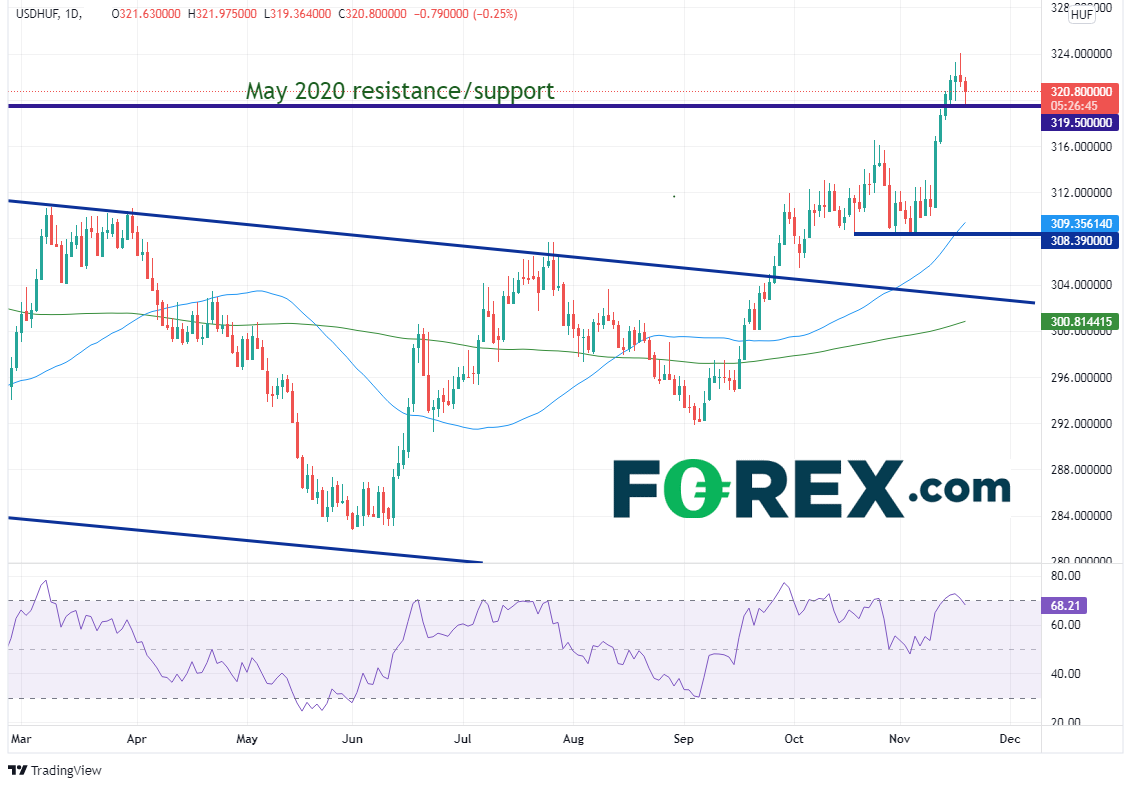 Today, the South African Reserve Bank (SARB) raised interest rates by 25bps to 3.75%.  The expectation was for unchanged at 3.5%.  This was the first hike in 3 years.  The Central Bank cited inflation risks as the primary reason for the hike.  USD/ZAR rose to its highest levels since early November 2020 near 15.76. 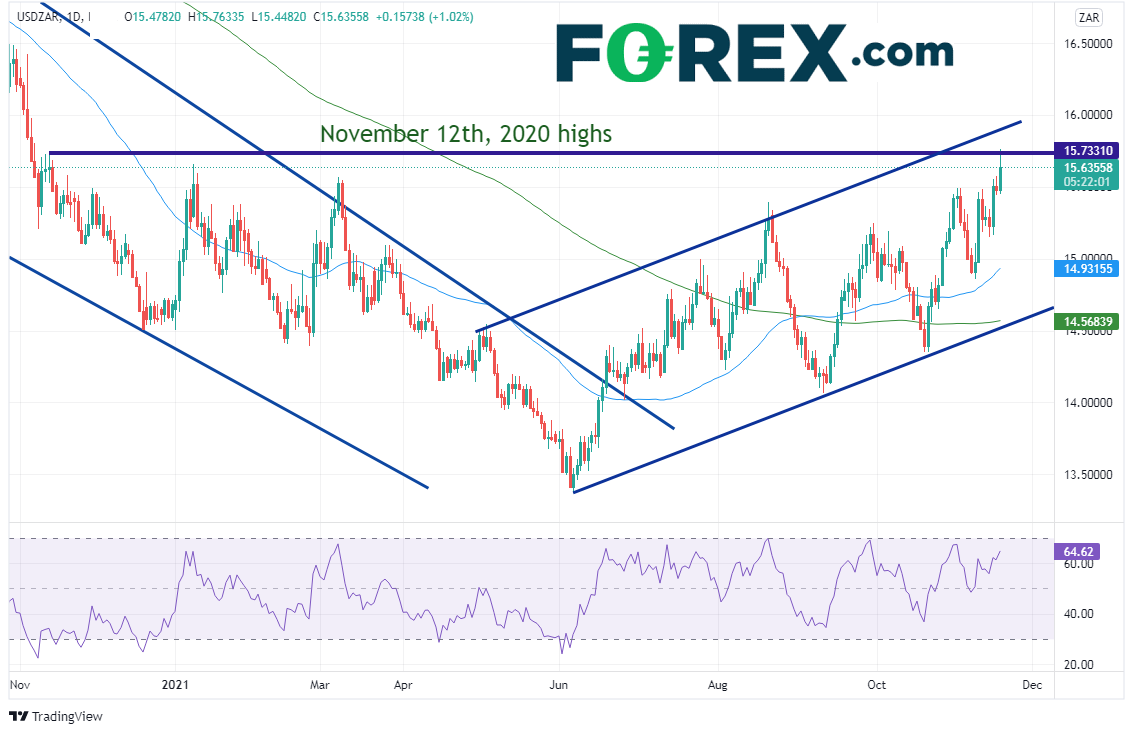 As we have wrote about earlier this week, the Central Bank of Turkey met today and cut rates by 100bps from 16% to 15%, as expected, despite inflation readings of near 20%.  The target inflation is 5%.  Note that this is unconventional. The reason they cut is that President Erdogan does not like high interest rates! The committee said the inflation is transitory and will that they will access ending the rate cuts in December (that would be if President Erdogan says its ok).  USD/TRY rose to its highest level ever, up nearly 12.5% this week as markets expect more rate cuts to come! 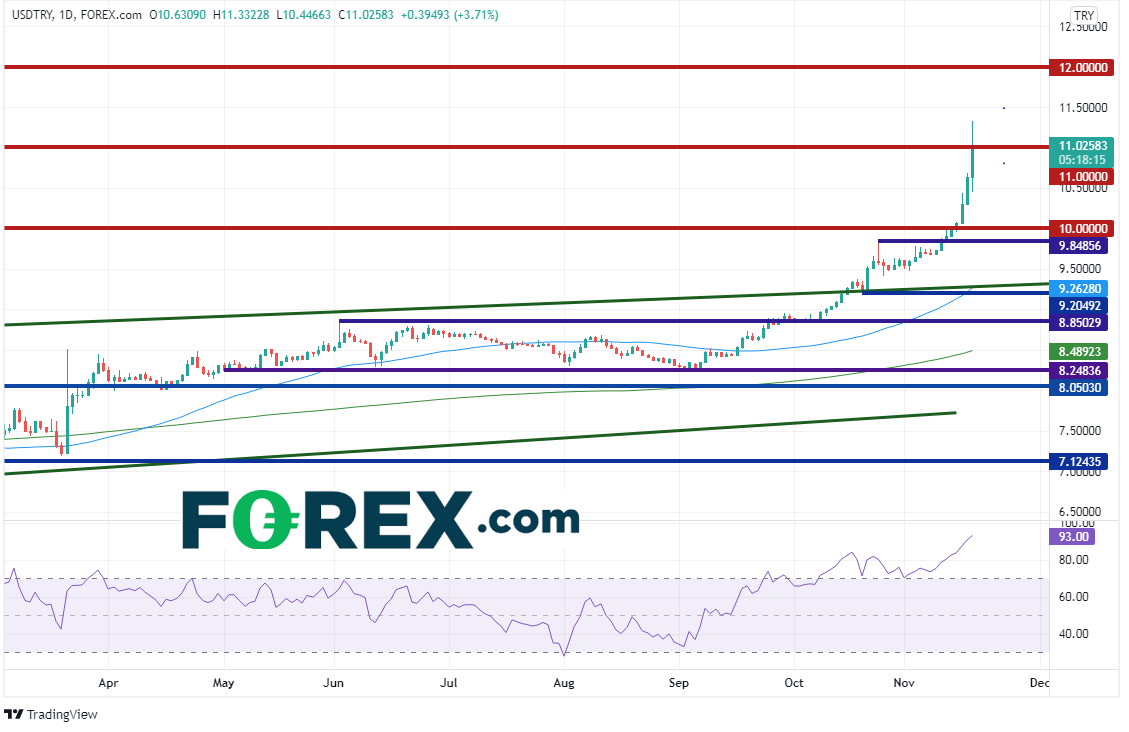 Last week, the Central Bank of Mexico hiked rates by 25bps to 5% as inflation rose to 6.24%, its highest level since December 2017.  On November 3rd, USD/MXN tested horizontal resistance at 20.9821, but failed.  Price is creeping back up towards that level again today as the pair currently trades near 20.7385 (and is making higher highs and higher lows). 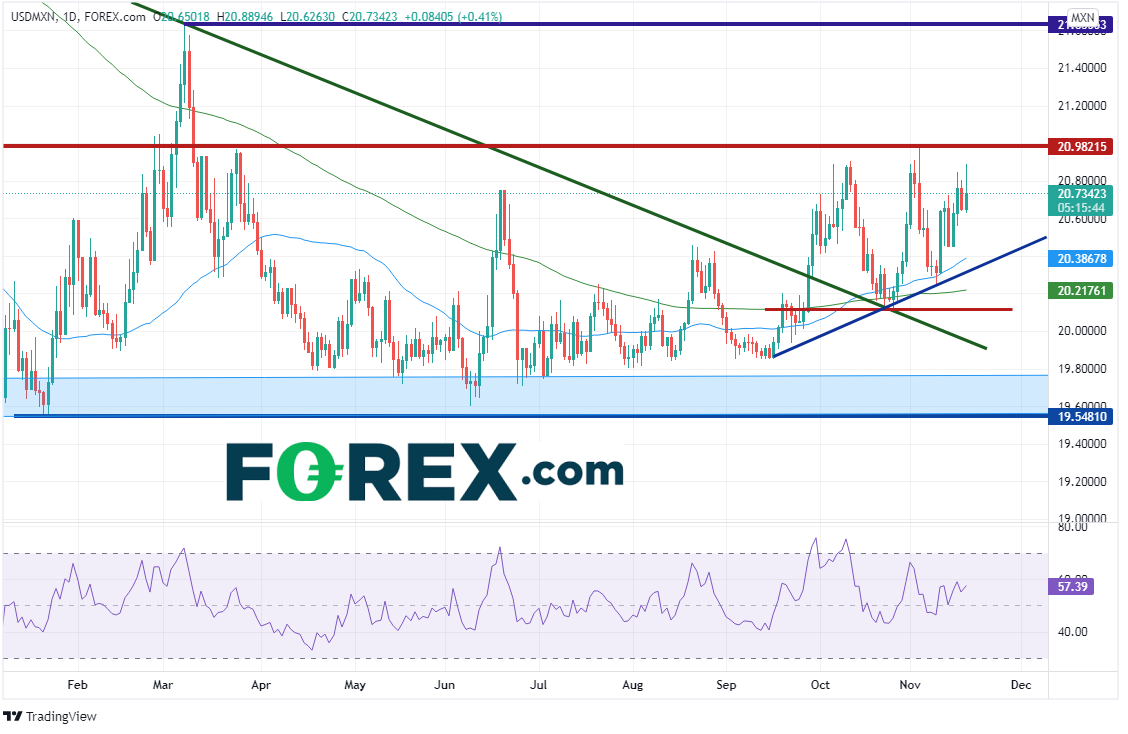 The strong US Dollar as of late isn’t helping the situation in Emerging Markets.  This weakens the value of the counter currency; thus, foreign goods are more expensive.  If the US Dollar remains strong (due to higher inflation rate expectations and higher interest rate expectations), emerging markets may continue to feel the pinch. However, if expectations rise for central banks (non-US) to raise rates, it may ease the burden a little, all other things considered.