By :
Global Author
USD/JPY resumed its plunge on Tuesday as the dollar continued its recent slide on lowered Fed rate hike expectations and the yen rose despite news that the Japanese government had approved a hefty fiscal stimulus package worth 13.5 trillion yen. 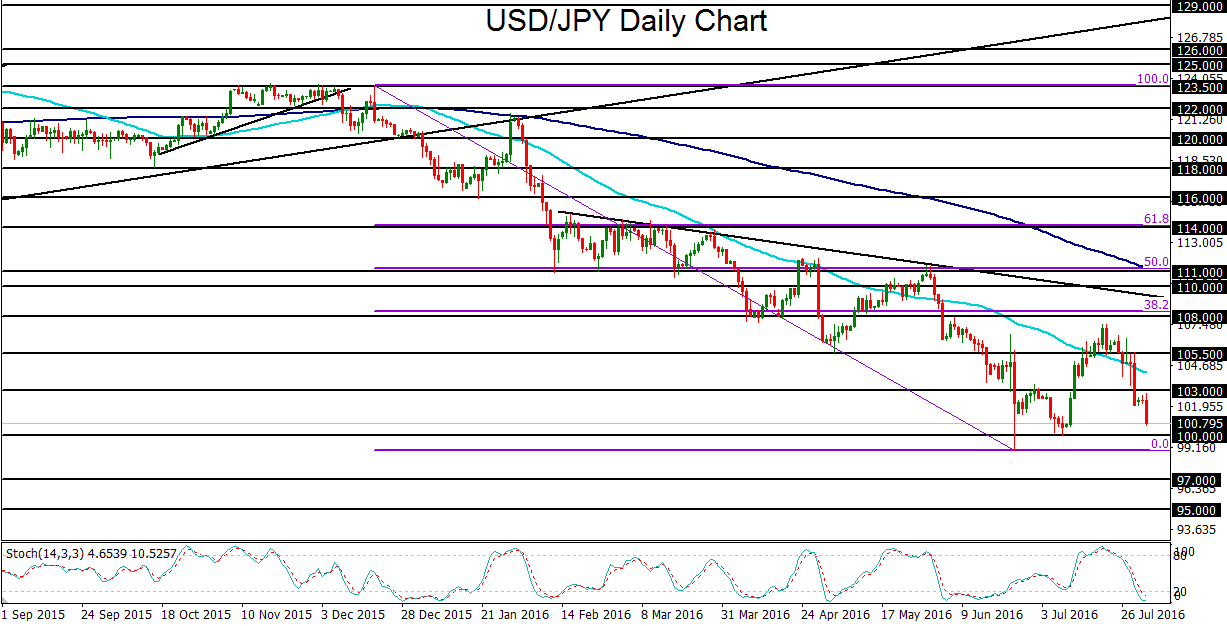