The Boris Johnson Effect may be Fading

UK Prime Minister Boris Johnson came into office with hopes that he was going to be the one who would negotiate a Brexit deal, as former UK Prime Minster Teresa May ran into a brick wall. GBP responded favorably, as EURGBP pulled back for the first week in 13 weeks! If he can’t, then the UK would leave the European Union and there would be a Hard Brexit.  Pages can be written on what a Hard Brexit means.   In general, it means that the UK won’t be afforded ANY of the benefits that it currently receives from being a member of the EU, such as free trade.  Johnson is hoping to negotiate some of these benefits in favor of the UK before the official Brexit deadline on October 31st, 2019.   After only a few weeks in office though, it seems a Hard Brexit is becoming more and more of a possibility. Recently, officials from the EU and member countries have commented that they are preparing for a Hard Brexit.

Focusing on EUR/GBP, if the headlines continue to suggest we will have a hard Brexit, then EUR/GBP will may continue higher.   Resistance comes in at recent highs around 0.9325, as the RSI has unwound from overbought levels.  Support is the recent double bottom and old support at 0.9090, and then the 61.8% retracement level from the July 25th low to the August 12th high.  Horizontal support also comes in around this level. 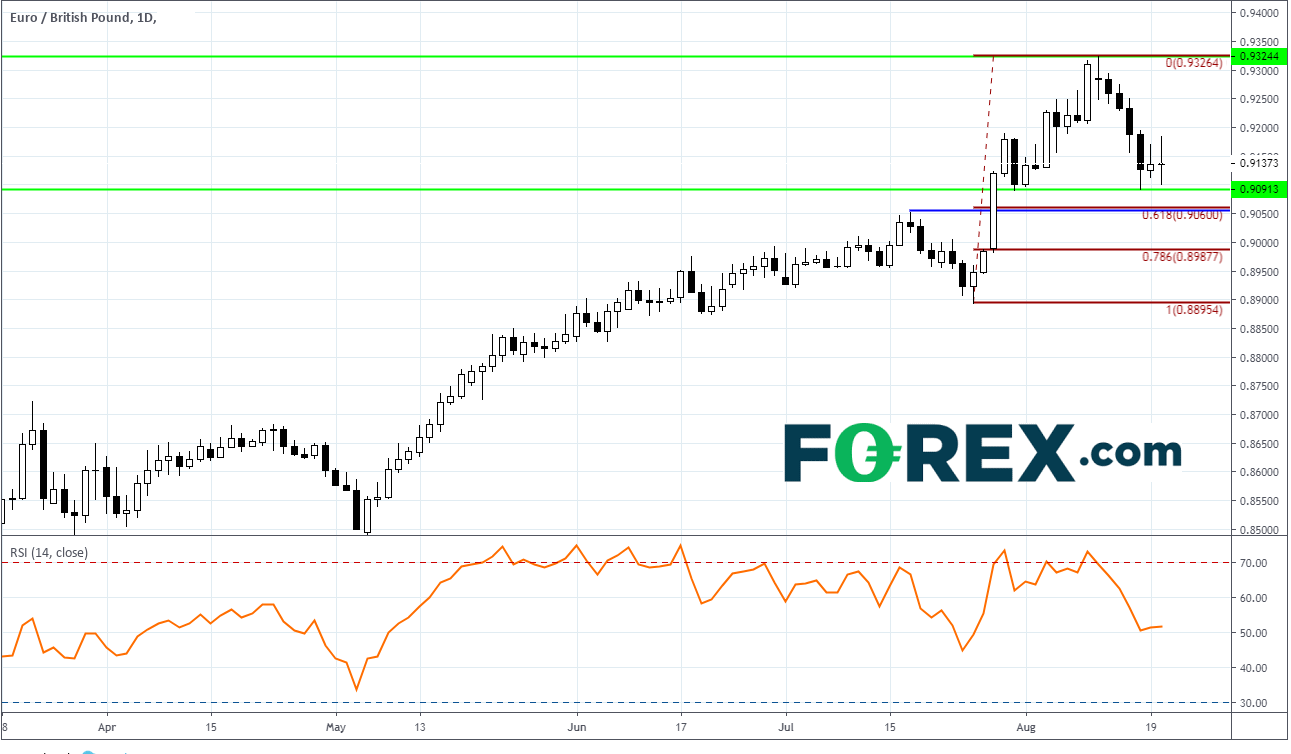 EUR/GBP will be highly sensitive to Brexit headlines over the next few months.   Watch for whipsaw price action when trading the pair.