By :
Global Author
Within the past week, USD/CAD has broken down below two major support levels – 1.3600 and 1.3500 – as well as its 50-day moving average. In the process, the currency pair has moved further down within a key parallel uptrend channel that has been in place since the beginning of the year. The bottom of this channel is currently situated around the 1.3400 level, which is the most important support level to watch ahead of some key events that should affect USD/CAD significantly in the next two days. 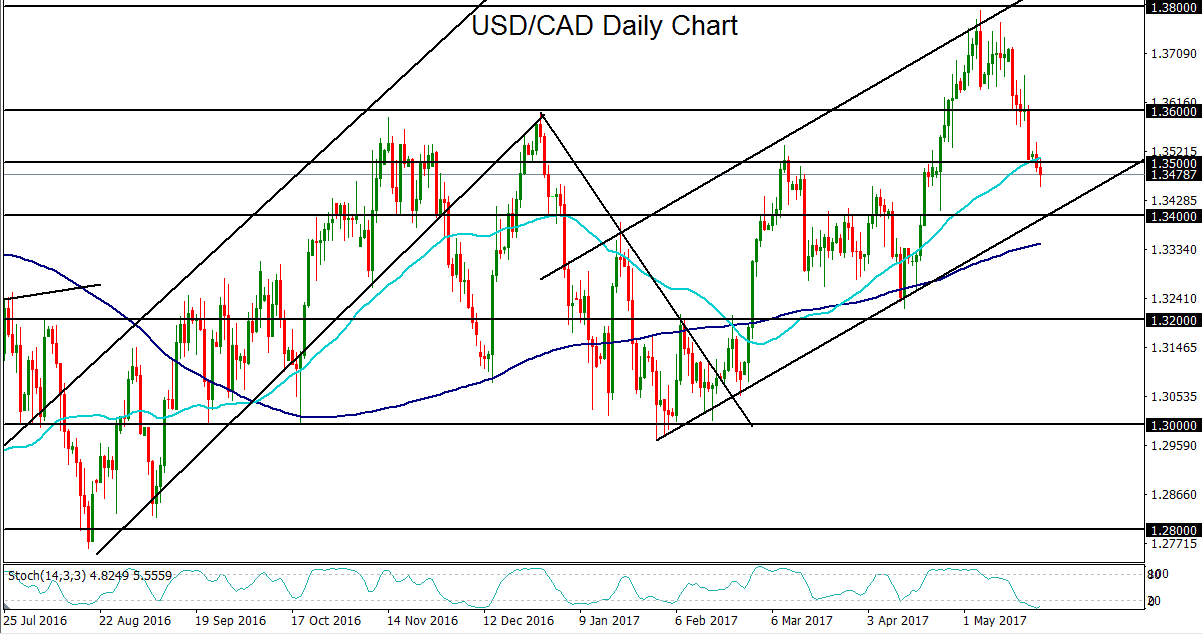