The breakout on USD/JPY occurred at the Hong Kong open which took USD/JPY to its highest level since September 1998. It’s a breakout the MOF (Ministry of Finance) did not want to see, as the pair now trades above the 145.9 level which prompted the MOF to intervene on September the 22nd. On that day USD/JPY fell as much as -3.8% during its most volatile day since March 2020. But after the reality sank in that no trend change has occurred on the yen without a ‘team effort’ of interventions, USD/JPY drifted higher and eventually broke above the September high. 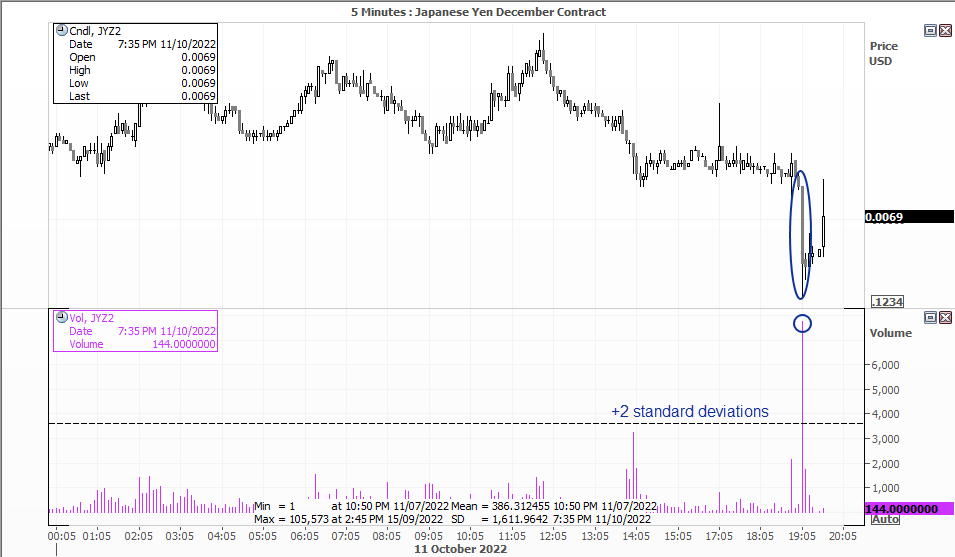 Yen futures saw a large volume spike during the breakout of over +4 standard deviations. This shows traders are confident that the yen will weaken, despite comments from government officials that they are watching FX markets very closely. But the real is that the BOJ want a weaker currency, and are happy to let is slide so long as its demise is not too volatile. As of yet we’re yet to hear any comments from BOJ or MOF officials, but we suspect comments will be very likely not traders have clearly ignored all prior messages. 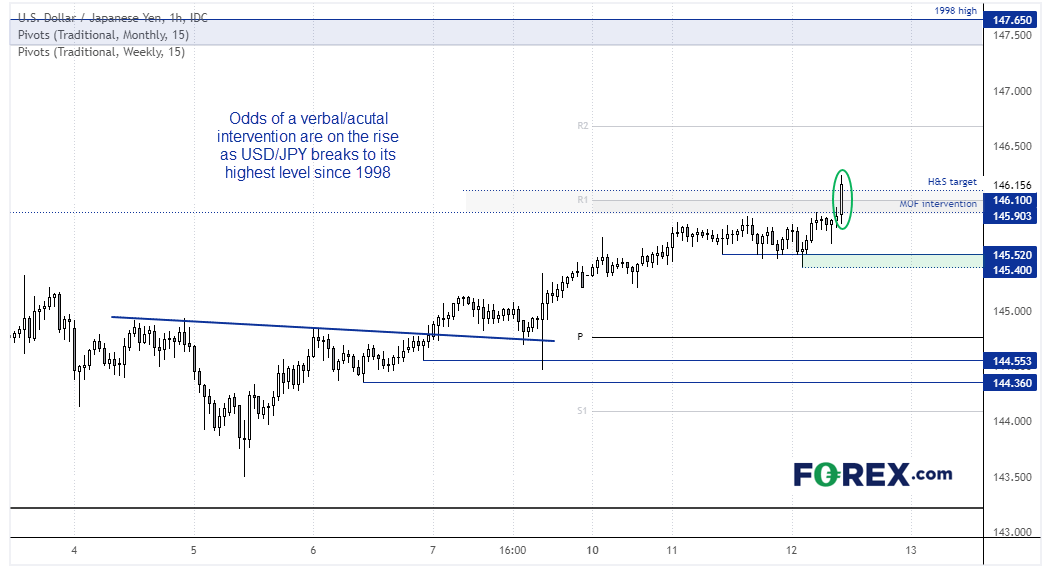 At the time of writing, USD/JPY is holding above 106 and its bullish trend remains intact. The trend remains bullish above 145.40, and perhaps it can extend a move to 146.50 as futures volumes currently favour further yen weakness (assuming no verbal or physical intervention form the powers that be). But we’re also on guard for the potential for bearish volatility to take hold, should central authorities hit the wires over the coming hours.