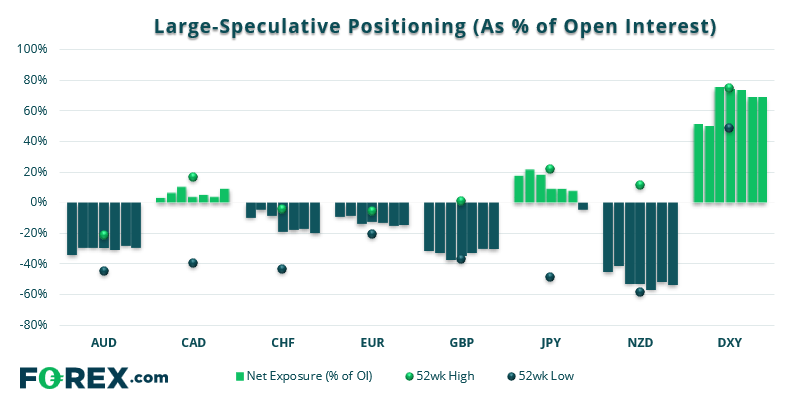 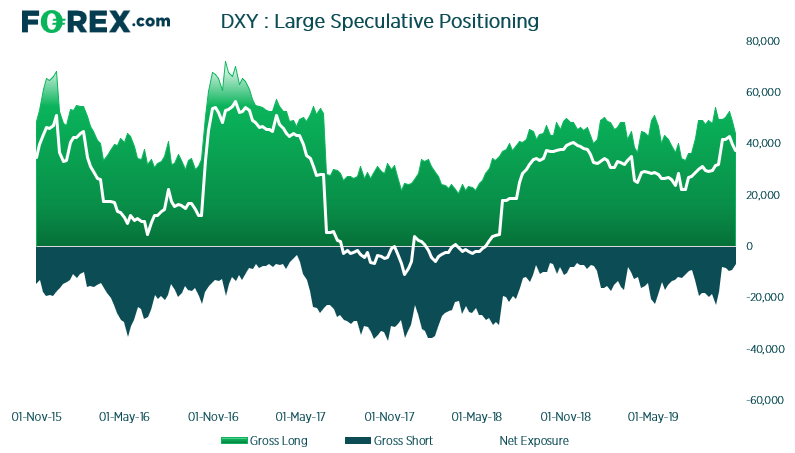 DXY: Large speculators reduced net-log exposure on the US dollar index for two consecutive weeks up to last Tuesday. And that was ahead of its -1.2% decline and worst week in 17. Furthermore, its endured its worst 12-week rolling period since August 2018. Still, it remains in a wider, bullish channel so support may be found around 97 next week. Interestingly bears also reduced exposure for the past two weeks so the decline has been seen on lower open interest (volume). 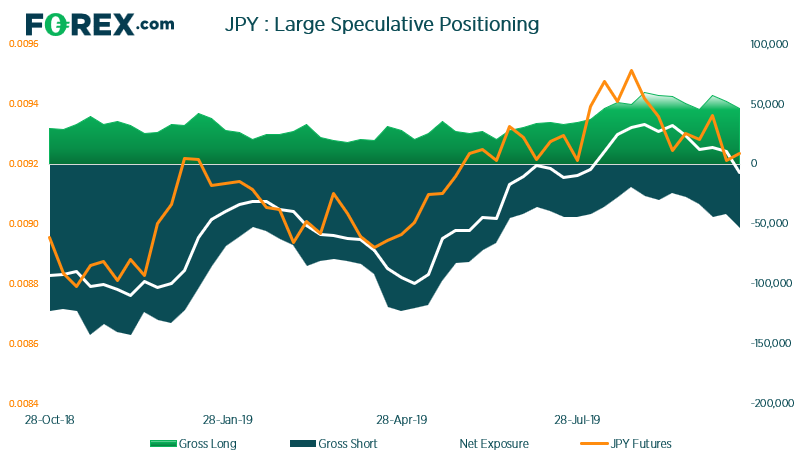 JPY: Traders flipped to net-short for the first time in 11 weeks, further underscoring the risk-on vibe market have enjoyed of late. It appears the cycle peak for net positioning was in late August and, if previous cycles are anything to go by, perhaps traders could push this further into net-short territory over the coming 2-3 months (Santa’s rally anyone?). 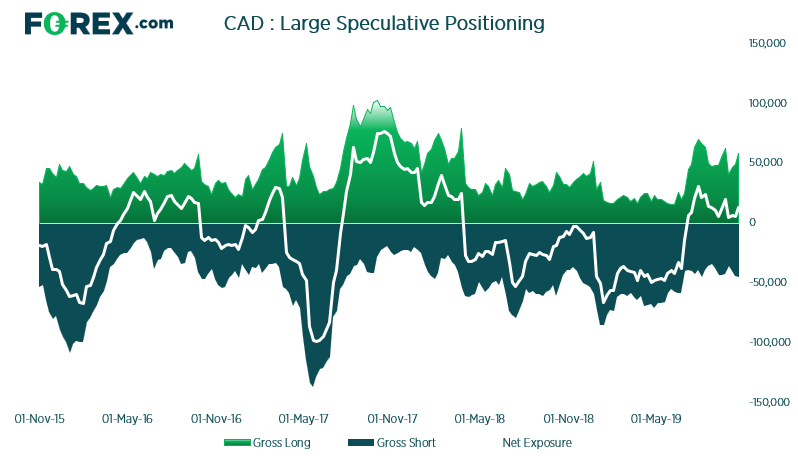 CAD: Net-long exposure was cautiously higher, although we have Canadian elections on Monday to factor in. Read Matt Weller’s take on the razor-thin Canadian election. Fundamentally, Canada is in a strong position with record low employment and being just one of two leading economies to not have growth outlook lowered by IMF. Once the election noise is out of the way a case can be made for a stronger Loonie. Market positioning is far from stretched and its possible we’ve seen a cycle low on the Net-long index. Therefore, I’m sticking to my personal view that we’ve seen a major top on USD/CAD. 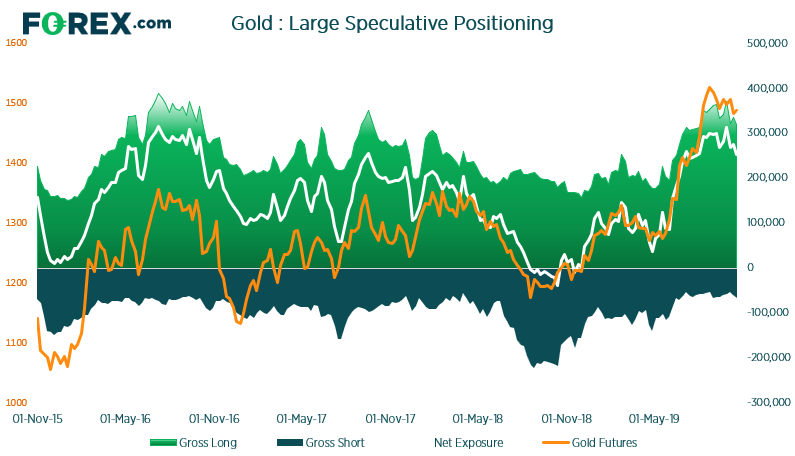 Gold: et-long exposure to gold was trimmed by -22.5k contracts. Over the past 12-weeks, the average change is a mere +128 contracts, which may explain why prices are struggling to push higher. Gross longs have increased by +7.5k contracts and for a 2nd consecutive week, so my view remains consistent with last week; expect choppy trading for the foreseeable future. 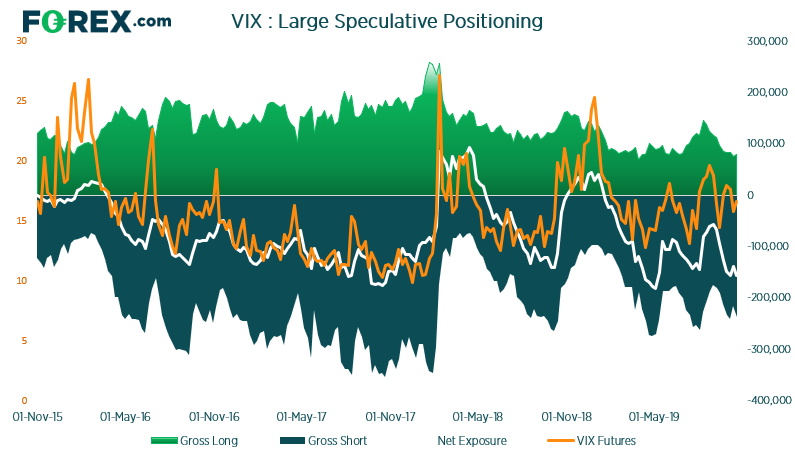 VIX: Traders are shorting the VIX at the highest level since May which. Incidentally short exposure was at a record high in May, just ahead of the VIX spiking higher. Still, this serves as a warning only as VIX typically slows lower for longer periods before spiking higher, then mean reverting quickly. But then again, with equities trading just below their record highs, then perhaps we should be on guard for a correction and VIX as a result.