Commitment of traders report (COT): Traders most bullish on DXY in 5-years

Traders aggressively increased their net-long exposure to the US dollar index (DXY) ahead of last week’s FOMC meeting. 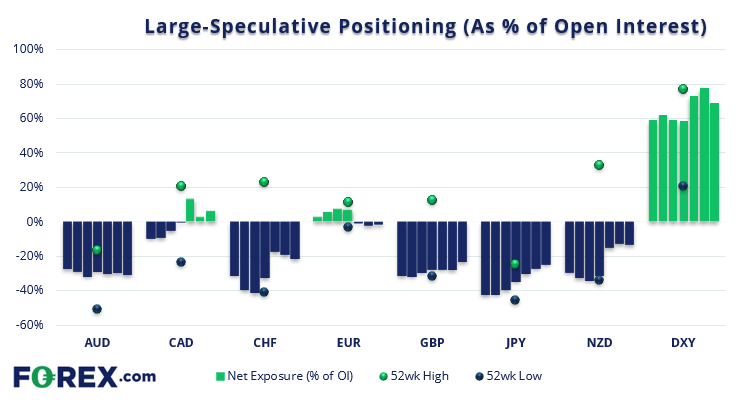 Traders have continued to reduce their short exposure to Japanese yen futures, with net-short exposure now at its least bearish level since December 2021. It’s plausible to assume that some investors are becoming nervous of being short the yen after such a strong move, and amidst growing speculation that the BOJ (Bank of Japan) may look to adjust their YCC (yield curve control) target of the 10-year government bond. It is therefore interesting that USD/JPY remains near its 23-year high whilst short exposure to the yen is removed, because it suggests that either USD/JPY may be overvalued, or bears may return if they later feel they were wrong to close out their shorts, which could then send USD/JPY higher. Copper investors don’t appear to be hanging around to see if we will actually enter a recession. Large speculators are now their most bearish on copper futures since March 2020 and gross shorts have increased for a third week at 78.5k contracts short. If gross short exposure rises above 81.2k contracts, it will be at least a 27-month high. Managed funds have an equally grim view on copper with net-short exposure at its most bearish level since April 2020. 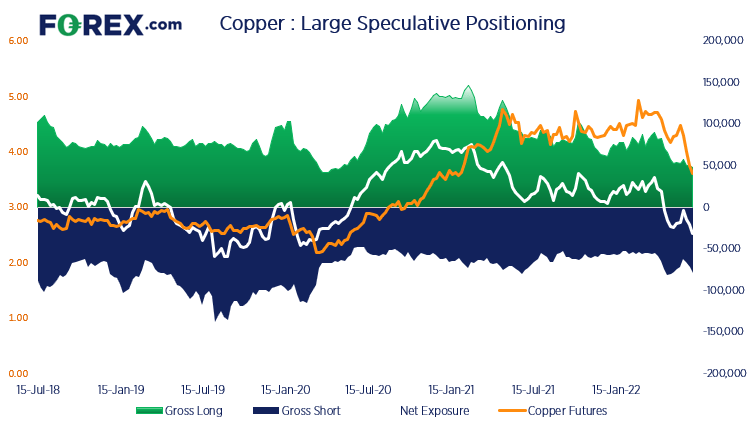