Over the last nine months, EUR/USD has been contained to a miniscule 400-pip range between 1.1100 and 1.1500 (barring a two-day foray above 1.15 at the start of the year)! That said, the current technical setup points to an elevated risk of a potential breakdown in the coming days. 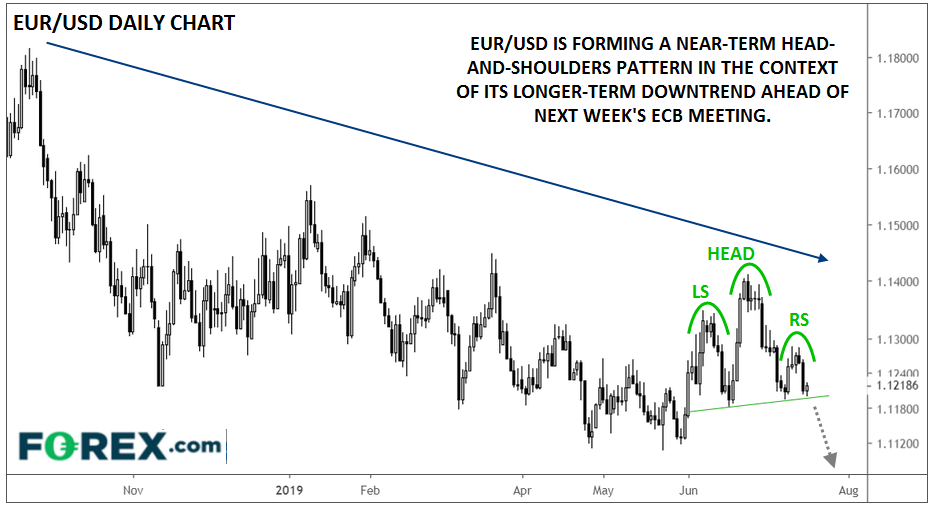