With the addition of more Chinese technologies companies to the blacklist yesterday evening, Gold is trading higher today, currently up .60%.  But don’t forget about silver, which has been trading higher as well since June, currently up almost 1.5%.  However, the white metal has a lot of work to do if it is going to continue to move higher, as there is a great deal of resistance it needs to get through first.

Silver had been in an upward sloping channel since the beginning of June and peaked in early September.  Since September 4th, Silver has been pulling back in a channel formation and has bounced off the 50% Fibonacci retracement level from the May 27th low to the September 4th high.  Although there is still time left in the day, if Silver were to close 17.51, price would put in a bullish engulfing candlestick on a daily timeframe, which is a 2-candlestick bullish pattern. 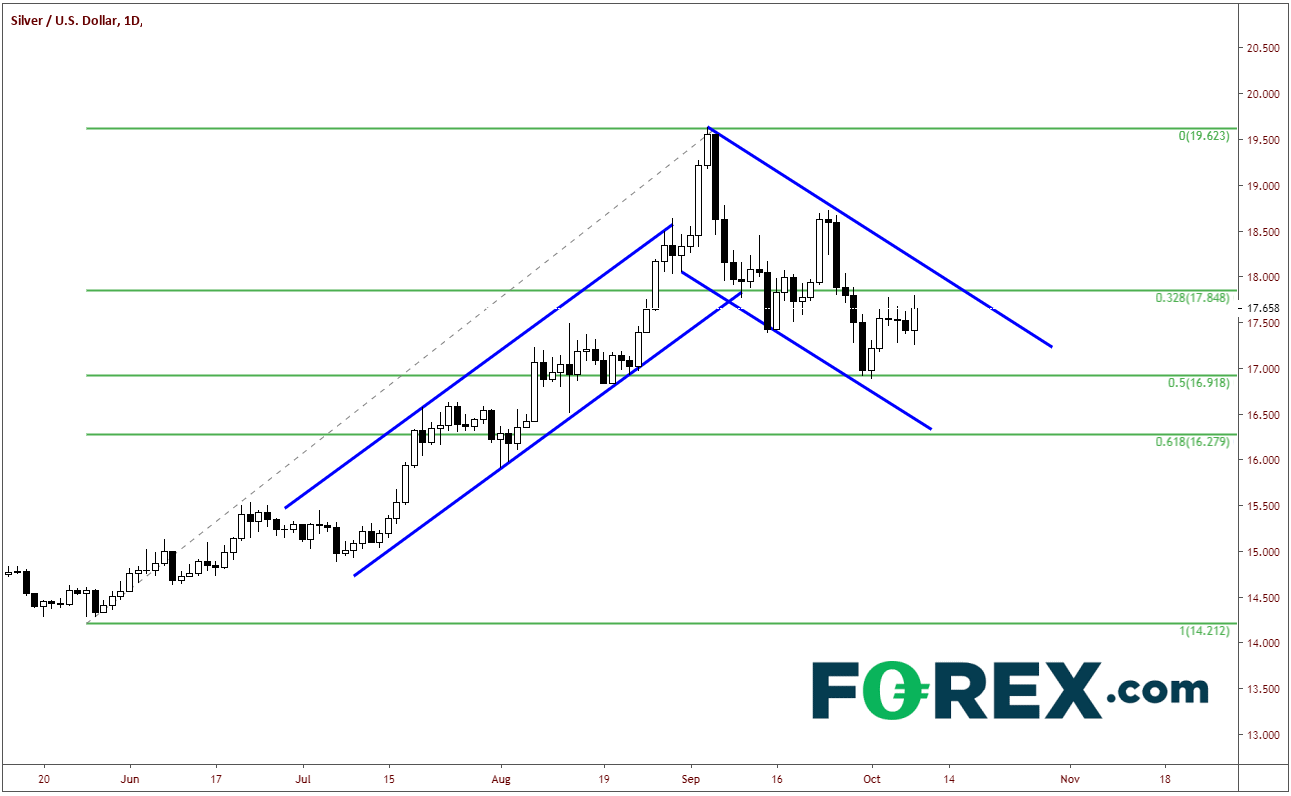 On a 240-minute timeframe, Silver is running into the 38.2% retracement from the September 4th high to the October 1st low at 17.79, which also acts as horizontal resistance.  Above there, Silver needs to convincing break through the downward sloping trending near 18.03.  In addition, just higher is the 50% Fibonacci retracement level from the previously mentioned time period, at 18.27.  That level too acts as horizontal resistance from the spike low on September 24th.  Support comes in at the previous lows of 16.90.  The next level of support is the spike lows and horizonal support near 16.50. 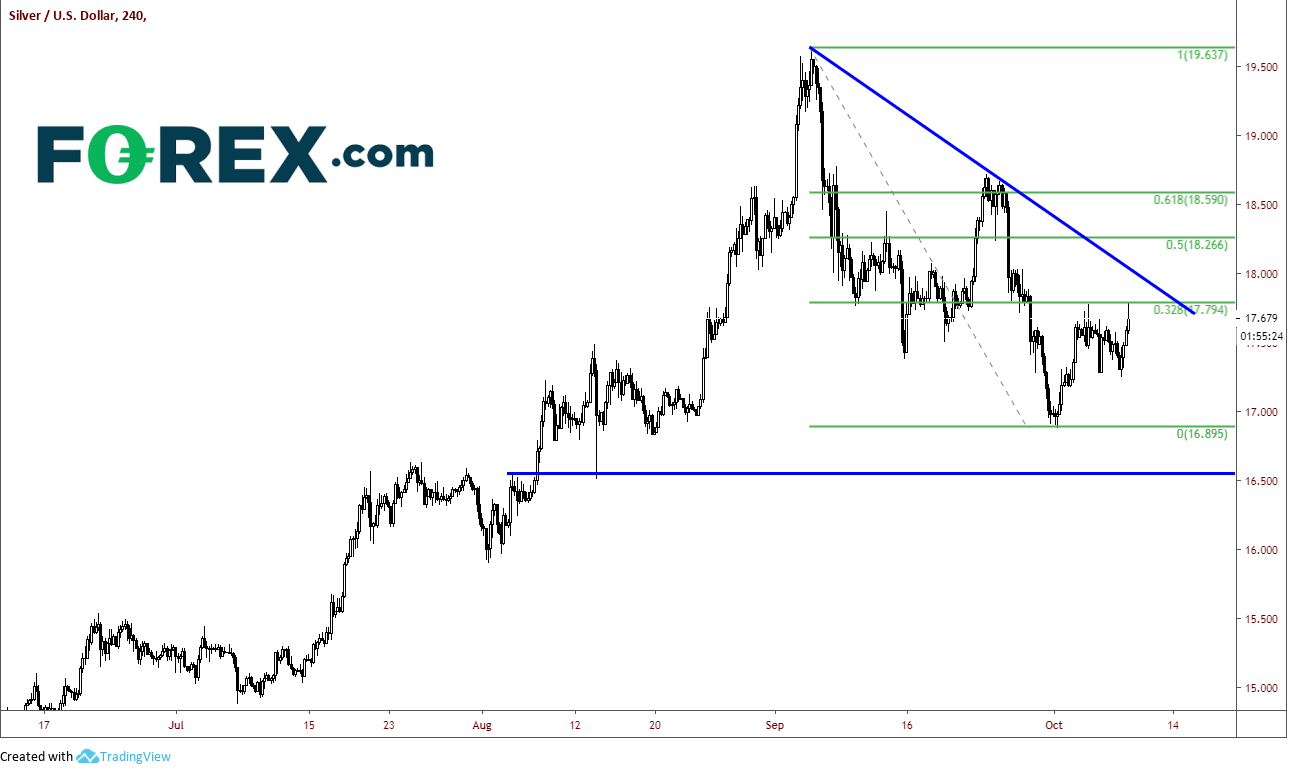 Although silver looks like it wants to move higher, it seems like it may struggle until it pushes through strong resistance above.