Sentiment was given a boost at the open with Trump’s announcement that US and Mexico have reached an agreement on immigration, providing another tailwind for equity markets. 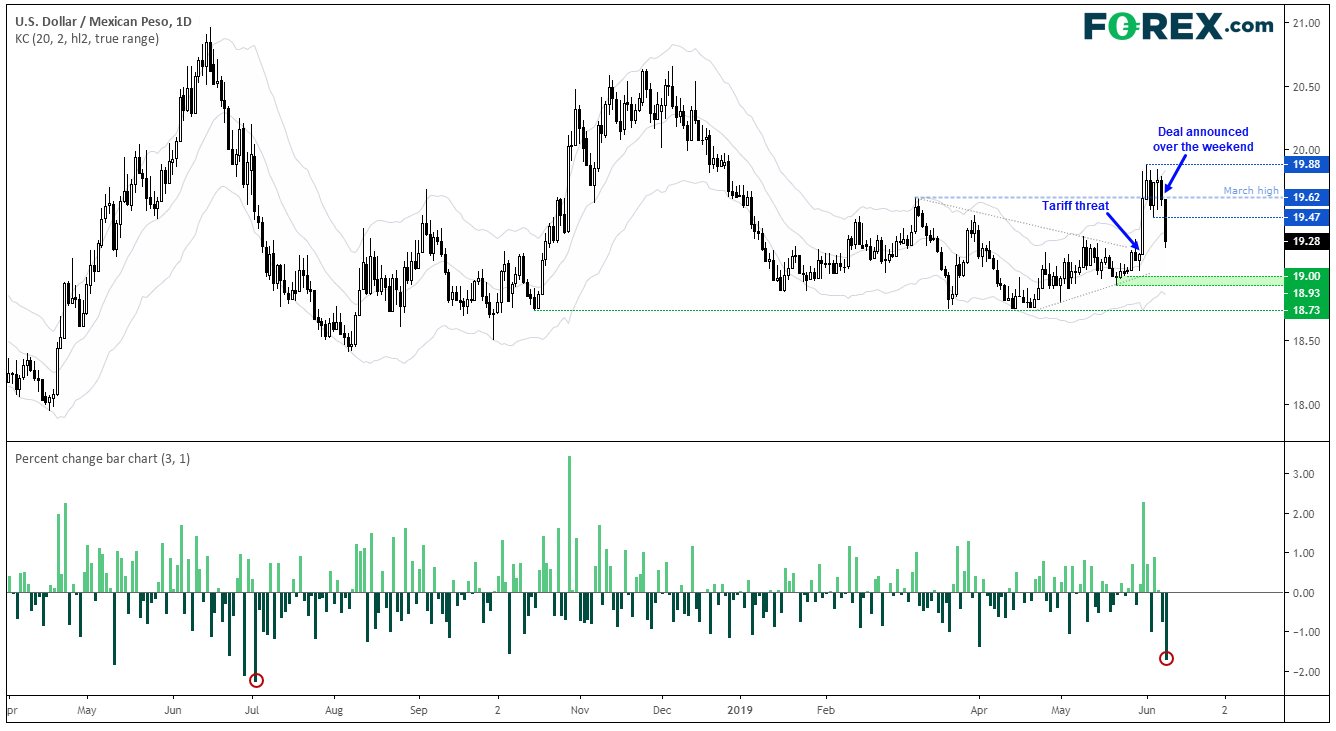 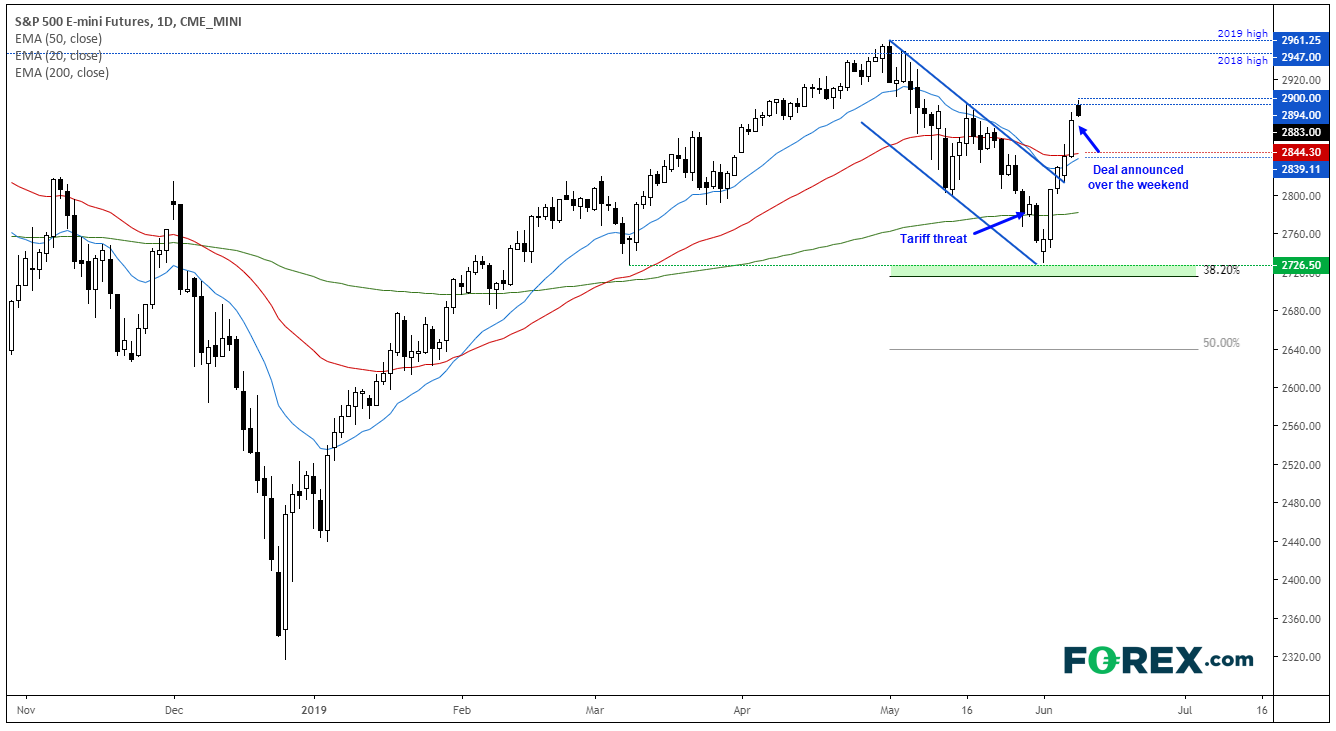