Weaker Data this Week may Help BOC with Decision

With the recent data, lower rates may be ahead for Canada.

On Wednesday this week, Canada released its inflation data for the month of August.   Although the MoM data was inline with expectations at -0.1%, the YoY headline number came in at 1.9% vs 2.0% expected.  In addition, the Core Inflation Rate (YoY) came in at 1.9% vs 2.2% expected!  Today, retail sales data was released for July.  MoM the headline number was weaker at 0.4% vs 0.6% expected.  However, even more concerning, is that the Retail Sales Ex-Auto MoM for July came in at -0.1% vs 0.3% expected.  It is worth nothing that June’s number was revised from 0.9% down to 0.5%, which could account for today’s big miss, however that just means that the data was slowing even earlier the July!

In the Bank of Canada’s statement from their September 4th meeting,  Central Bank Governor Stephen Poloz stated that “the current degree of monetary policy stimulus remains appropriate”.  Note that at this meeting the Bank did not present their projections for inflation and growth.  However, the projections will be presented at the October 30th meeting (these projections are done four times a year). At the September 4th meeting, the BOC left rates unchanged at 1.75% as expected.

October 30th is still a long way off, and we will see CPI data and Retail Sales data again during October.  The Bank also must now grapple with how to handle the effect volatile oil prices may play into their decision, as well as the possible vote on the USMCA.   But one must begin to consider that with the recent data, lower rates may be ahead for Canada.

USD/CAD is currently coiling in a long-term triangle extending all the way back to the beginning of 2016, as seen on a weekly time frame. 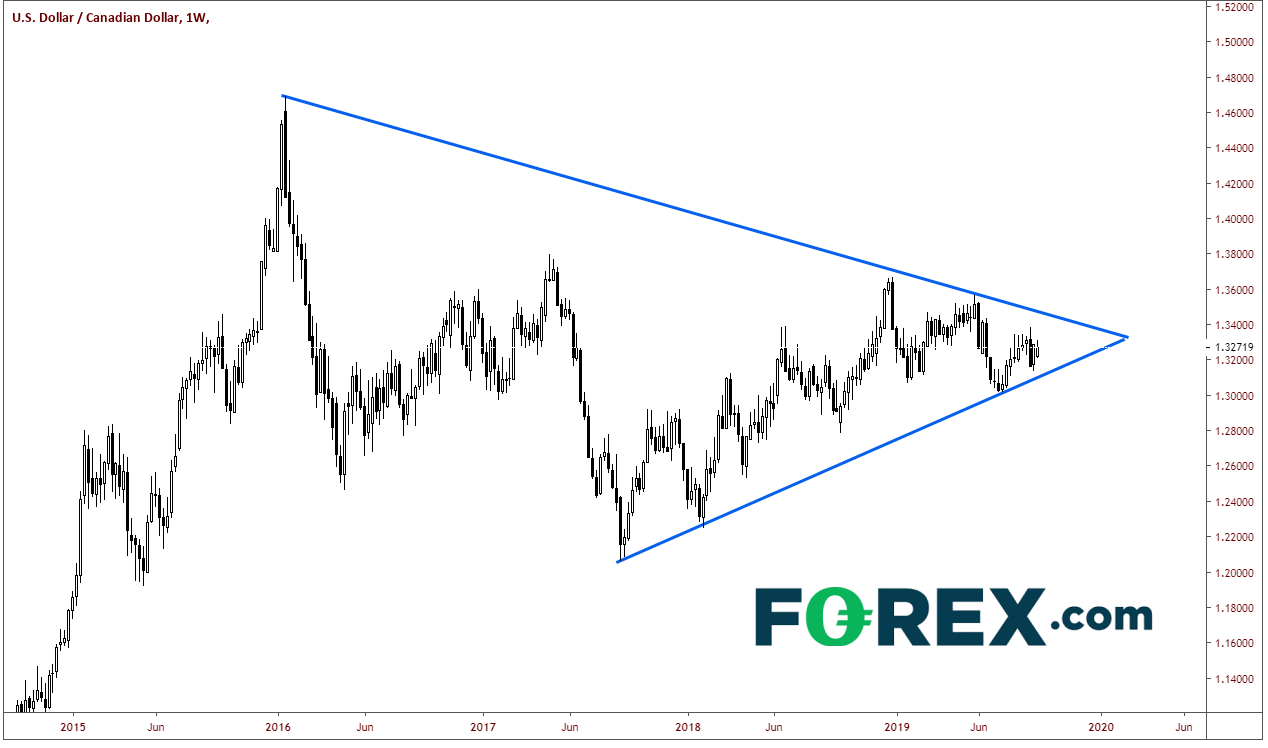 On a daily timeframe, USD/CAD traded lower off the shooting star on September 3rd and has held the 61.8% retracement from the July 13th low to the September 3rd high.  The pair is currently trading below horizontal support from the low on September 2nd at 1.3270.  The more important areas to watch are the trendlines of the previously mentioned long-term triangle, which are 1.3500 resistance and 1.3100 support. 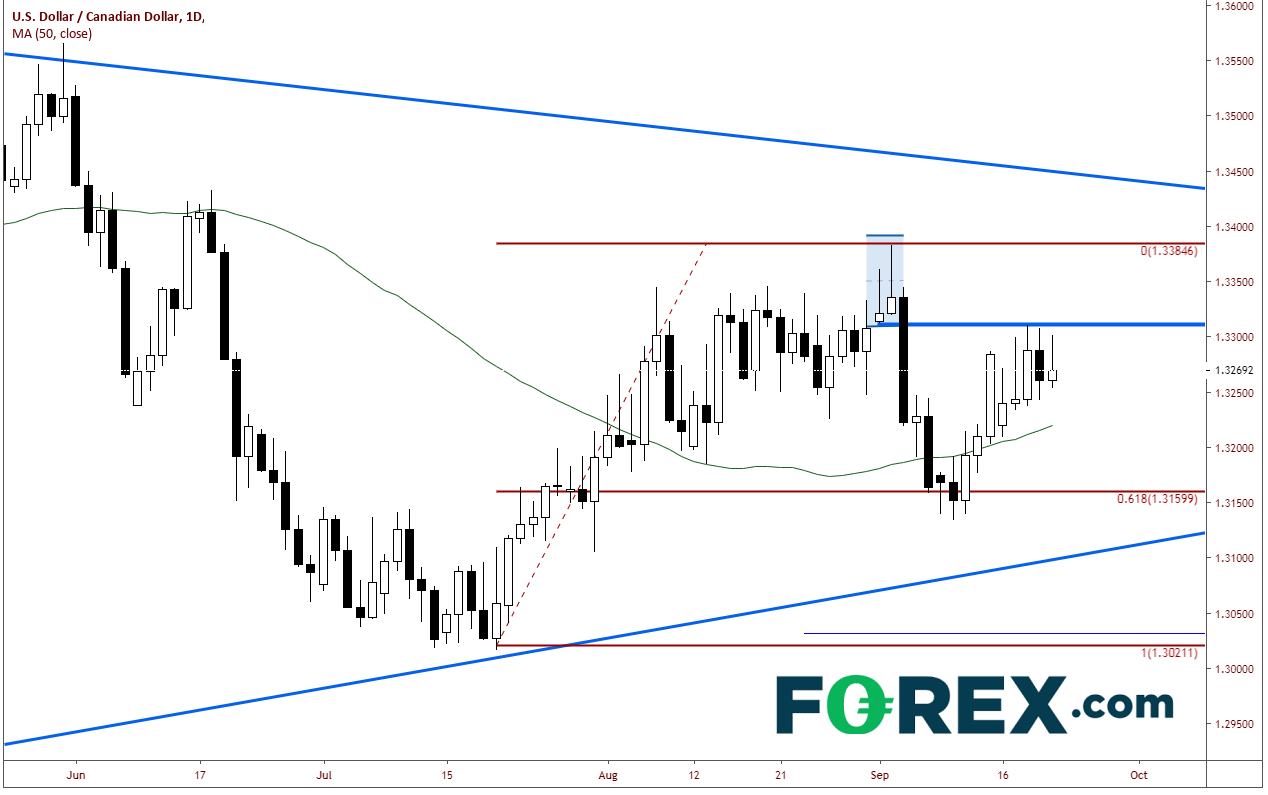