All eyes on bond yields ahead of FOMC

As investors await the FOMC meeting on Wednesday, it is a good idea to keep an eye on the bond markets to get a sense of what intuitional investors’ view of interest rates are going forward.

We have seen an inversion in yields already, which is a clear signal that in the eyes of bond market participants, the front-loading of interest rate hikes will potentially lead to a recession. 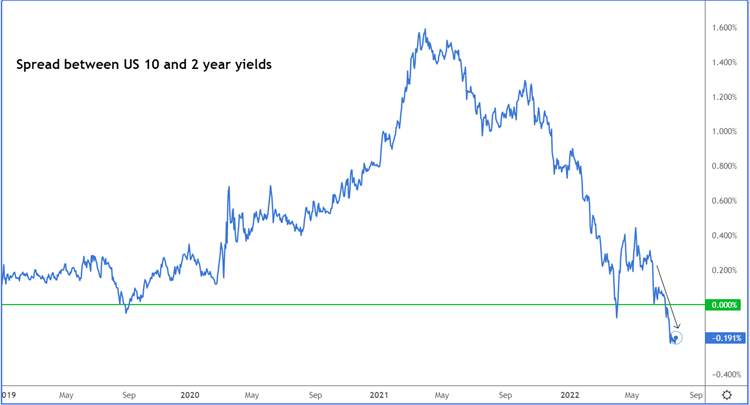 If the large interest rate increases by the Fed and other central banks around the world is going to cause a potential recession, then this implies that interest rate cuts might occur sooner than expected.

This is why we have seen yields on bonds with longer maturities struggle to rise further in recent weeks, such as the 10-year: 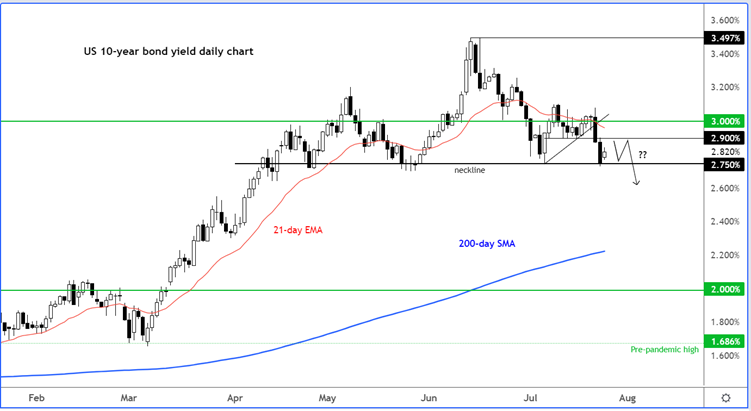 The 10-year is in fact forming a potential head and shoulders pattern on the daily time frame, with the neckline coming in around 2.75%. If this level breaks, then this could trigger a fresh wave of bond buying, leading to further weakness in yields.

So far in today’s session, however, it has been creping higher, which is why gold and silver were unable to hold onto their earlier gains.

But with the Fed’s rate hike potentially coming across as no-so-hawkish (given that at some point 100 bp hike was priced in), coupled with the recent softening of US data and speculation about a potential recession, there is a real possibility we will see yields start to fall more noticeably.

If that happens, then the dollar is likely to come under some selling pressure, especially against the likes of the Japanese yen, which has been falling consistently this year. 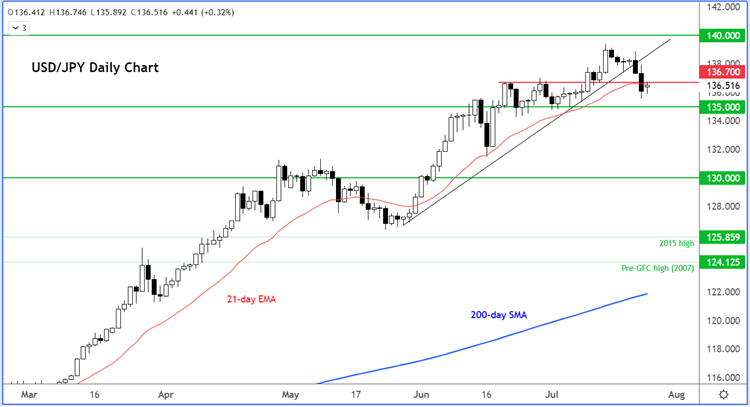