AUD/USD Takes Flight Ahead of a Busy Week

AUD/USD is up almost 1% today near .6820 as the pair took its initial cue from China’s Manufacturing PMI released over the weekend, which was better than expected.  China’s Caixin PMI was released today, which also came in better than expected.  And with that, AUD/USD was off to the races ahead of the RBA Interest Rate Decision tomorrow morning.

The Royal Bank of Australia is expected to keep rates unchanged at the December meeting at 0.75%.  The RBA last moved interest rates on October 1st, from 1.00% to 0.75%.  Market participants will be eagerly watching the statement from the RBA, as employment data was dismal last month.  The actual change in employment was -19,000 jobs for October, while the expectation was for +15,000 jobs and the September’s employment change was +12,400 jobs.

AUD/USD has been trading in a downward sloping channel since May 2018. 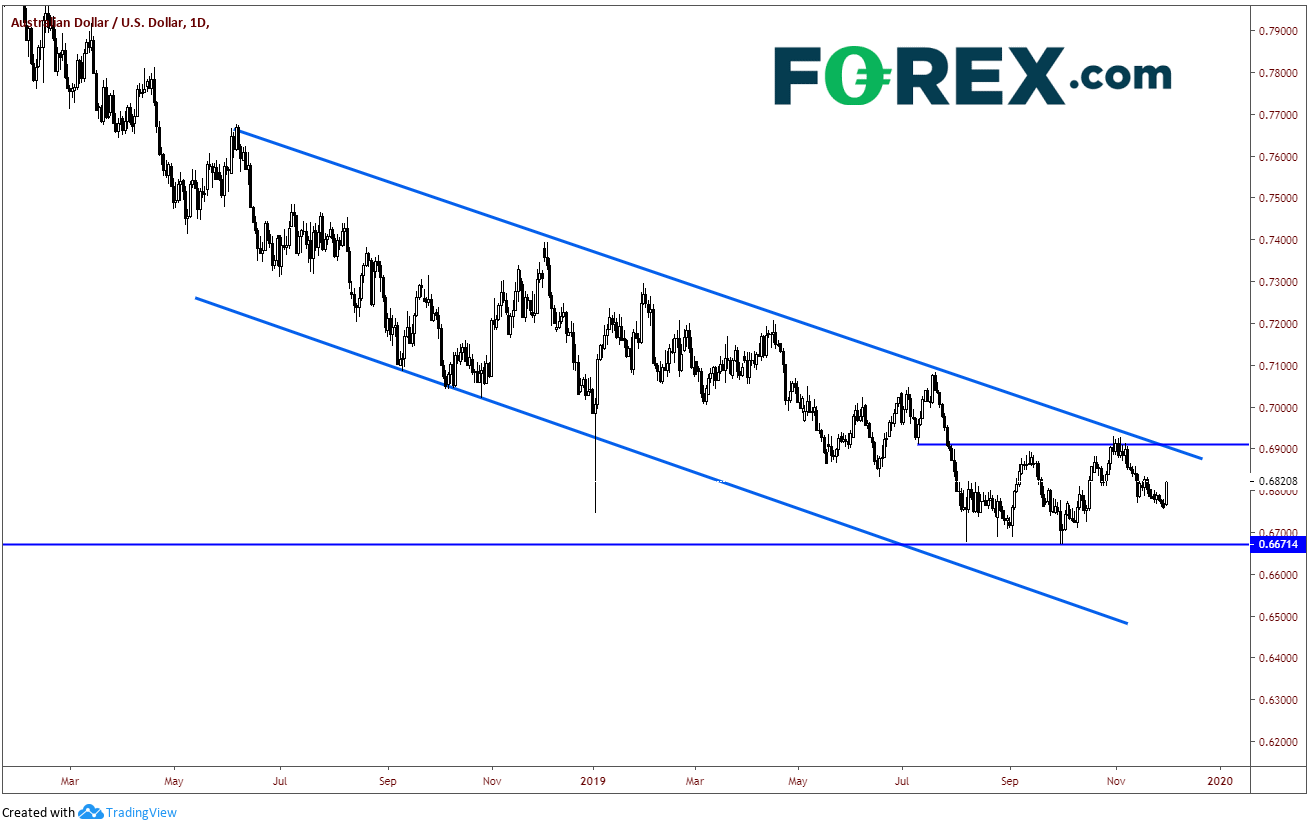 However, since late July 2019, the pair has been trading in a sideway trading range within that channel between .6670 and .6930.  On Friday, the AUD/USD pulled back to the 61.8% retracement level from the low on October 2nd to the high November 5th near .6770.  Last week, the pair also formed a falling wedge on a 240-minute timeframe and reached the apex near the .6770 level on Friday.  With the bid today, price broke higher out of the confluence of support and retraced to within 10 pips of last weeks selloff near the target for the wedge breakout at .6832.  A hawkish statement from the RBA could push the pair near .6925, which are not only near prior highs, but also near the long term downwards sloping trendline from the channel on the daily time frame.  Support is below near the previous lows of .6754.  Note that the RSI is right at the overbought level on 70, however it is still pointing up.  If the RSI begins to turn lower, price may pause or be ready for a slight pullback. 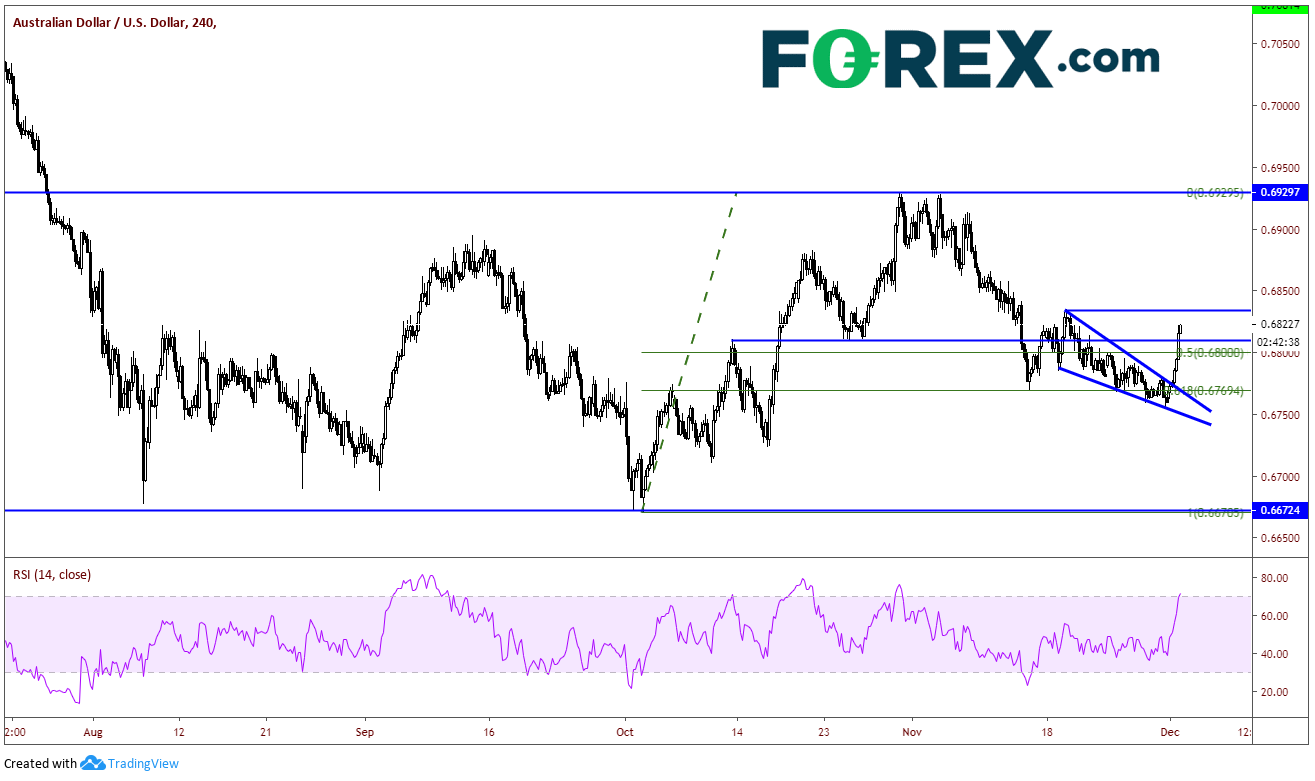 Although, tomorrow’s RBA rate decision and statement will be important for determining direction of AUD/USD, the timing could have been better as the rate decision won’t be the only factor driving price.  On Wednesday, Australia reports Q3 GDP and on Thursday,  retail sales.  In addition,  we see the Caixin Services PMI for China on Wednesday.  From the US, we get ISM Non-Manufacturing PMI and ADP Employment Change on Wednesday and Non Farm Payrolls on Friday.  These could all help to determine direction of AUD/USD over the next month!