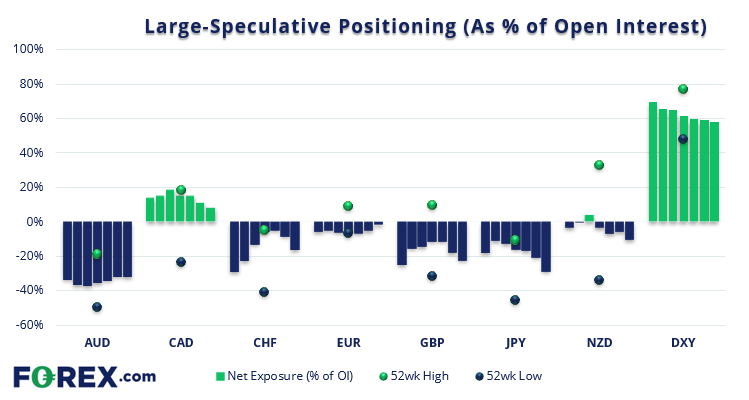 US bond yields have continued to rise in an almost parabolic fashion, with the 1-year note now just shy of 4%, and the 2-year at 3.8% (and above the 10-year yield of 3.45%) with an increasingly inverted yield curve. And large speculators are not shy in capitalising on these lower bond prices – which move inversely to bond yields. Last week they were net-short the 2-year treasury note by -358k contracts, which is their most bearish position since April 2021.

However, if you look back at net-short exposure over time (white line) it could be argued it is approaching a sentiment extreme.

But to try and pick a top in yields (or a low in bond prices) with some banks now forecasting the Fed to raise rates to 5% next year, it would take a brave (or ill informed) trader to try and fight this trend. But what we can at least see is that traders seem confident that yields could rise further, even at a potential sentiment extreme. 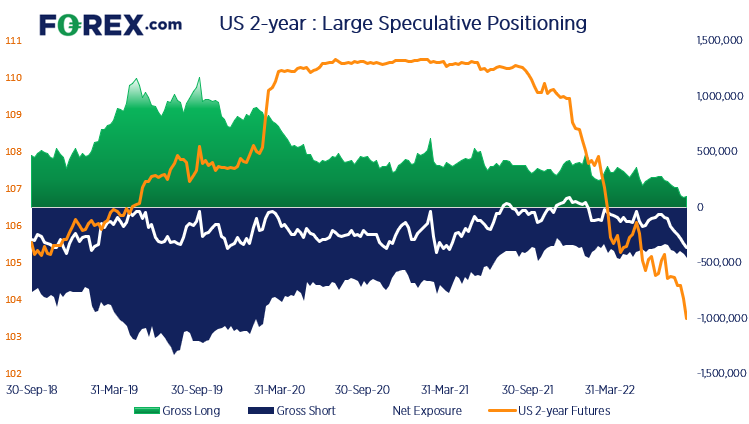 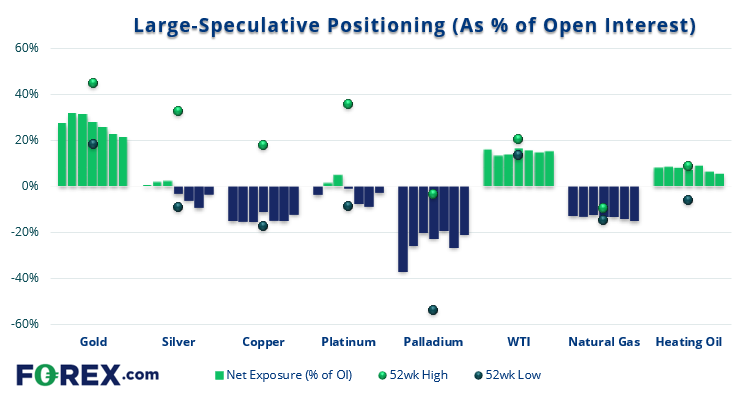 Whilst commodities were broadly under pressure from the US dollar last week, silver posted a 2% gain. And it appears partly down to short-covering alongside an increase of bullish interest. Large speculators closed -6.5k contracts and 1.7k long contracts were opened. This saw net-short exposure rise at its fastest weekly pace in 6-months. Managed funds also added 4.5k long contracts and closed -11.9k short contracts. So we’ll watch silver prices to see if it can break back above $20 before reverting to a bullish bias. 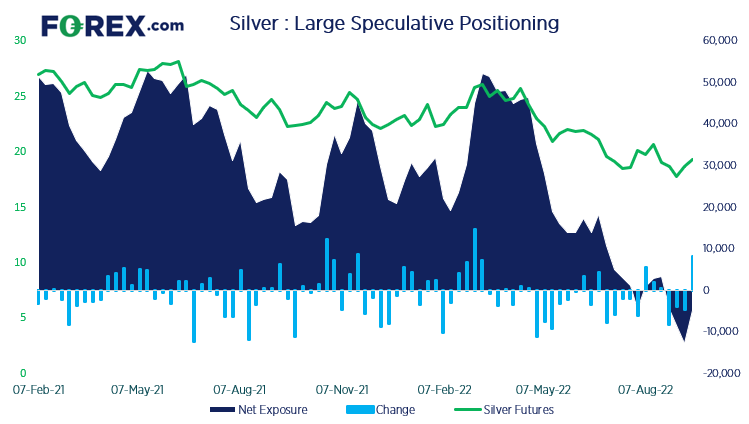