GBP/USD  was our “Currency pair of the week” last week, however with Brexit coming to the endgame and the emergence of a new strain of the coronavirus in London, as well as an apparent deal reached for a US Stimulus package, the pair deserves another look!

Over the weekend in London, for once Brexit was not the headline.  It was the emergence of a new strain of the coronavirus.  Chris Whitty, England’s Chief Medical Officer, said that the new variant is more contagious than the current strain, however it doesn’t seem to be more lethal.  Still,  the UK is taking all precautions.   Yesterday, UK Prime Minister Boris Johnson announced that his country will enter a Tier 4 lockdown. Non-essential businesses must close, and people must remain a home, except for necessities.  In addition,  this means that households are not allowed to gather for the Christmas holiday.  On Monday,  out of an abundance of caution, many EU countries have ban travel to and from the UK.

Shifting the focus back to Brexit,  there was nothing new to add to the ongoing saga surrounding the Brexit negotiations.  Although last week progress was made on a “level playing field”, the main issue the two sides are deadlocked over seems to be fishing rights.  With only a few days left until the end of the year, many are concerned that there will not be enough time to review and sign an agreement.  If no deal is reached by December 31st, tariffs and quotas would be implemented and both economies would take a hit.

On a US Dollar side of the equation, is a new US emergency stimulus package deal has been reached, worth $900 billion.  The new deal will include $600 direct payments to individuals and $300 per week extra in unemployment benefits.  Although this is significantly less than Democrats has originally be pushing for, President elect Joe Biden has stated before this deal will only be the beginning, and there is more stimulus to come once he is sworn into office, on January 20th, 2021.  US Dollar is well bid, which is also affecting GBP/USD.  Could this be a “Buy the rumor, sell the fact” trade for the US Dollar?

In addition, the US data released over the last month has been not be good, to say the least.  Retail Sales were horrible,  Non-Farm Payroll was down, while unemployment claims are up.  The PMI Manufacturing data was also worse than expected.  Last week, the FOMC remained on hold with interest rates, however guided forecasts higher for 2021. However, now that a fiscal aid deal has been reached, there is always the possibility of them acting inter-meeting if necessary. 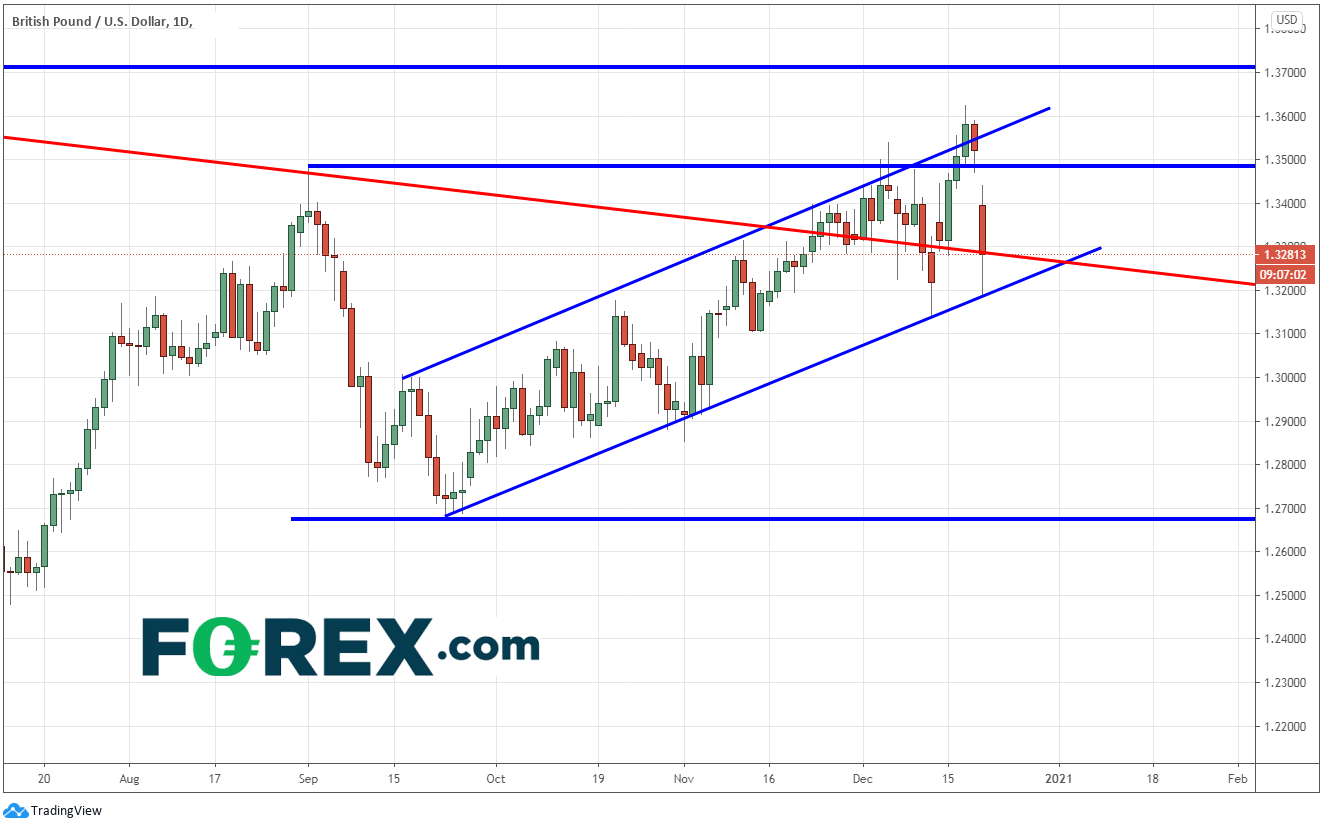 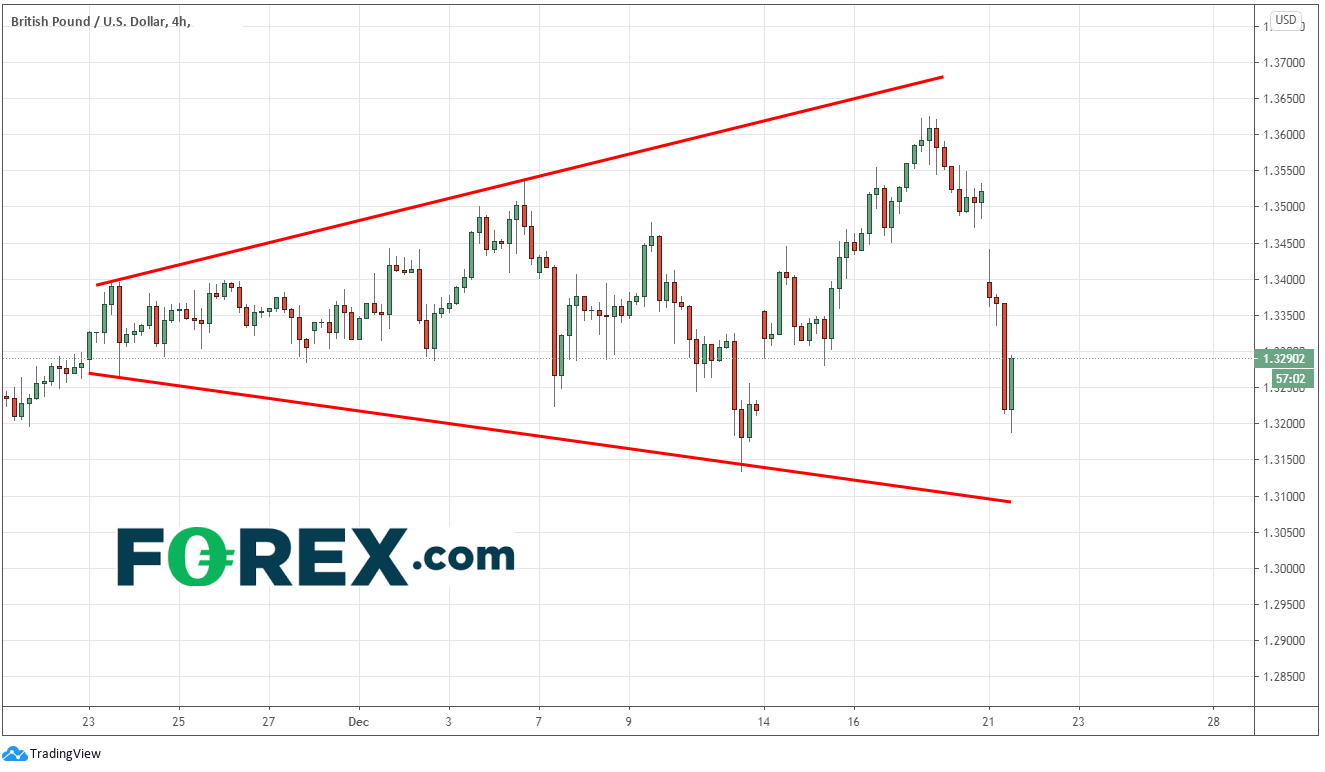 GBP/USD has been extremely volatile as of late.  This price action is likely to continue into the end of the year if the coronavirus continues to spread and as final Brexit deals are negotiated.