Minutes released from the December ECB meeting confirmed the dovishness that some ECB members have been touting for the last few days:  recent and projected near-term inflation is driven by temporary factors that are expected to ease over the course of 2022.  As recent as Thursday, Christine Lagarde echoed these comments, thus showing that even with EU CPI at 5% she still remains dovish.  Lagarde continued by saying that the ECB has “every reason not to react as quickly” as the Fed.  Similar comments were made this week by the ECB’s Villeroy, who said that inflation should fall back under 2% by year end.

Recall from the December ECB meeting that although the ECB is ending its Pandemic Emergency Purchase Program (PEPP) in March, it will still buy bonds under the Asset Purchase Program (APP) at a pace of EUR40 billion in Q2 and EUR30 billion in Q3, before returning to the current EUR20 billion maintenance level. Members also said that they see inflation above their 2% target for most of 2022, and only see 1.8% inflation for 2023 and 2024.

What does this mean for the Euro vs a currency, such as the Pound, whose central bank is raising rates? Typically it means that the Euro will go lower.  Indeed, EUR/GBP has been in a long-term downward sloping channel since April 2021.  However in August 2021, the pair became more volatile and began trading on either side of the channel, thus creating an even wider channel (green).  On Thursday, after Christine Lagarde’s comments and the ECB minutes, EUR/GBP broke out of the larger channel to its lowest level since February 2020! 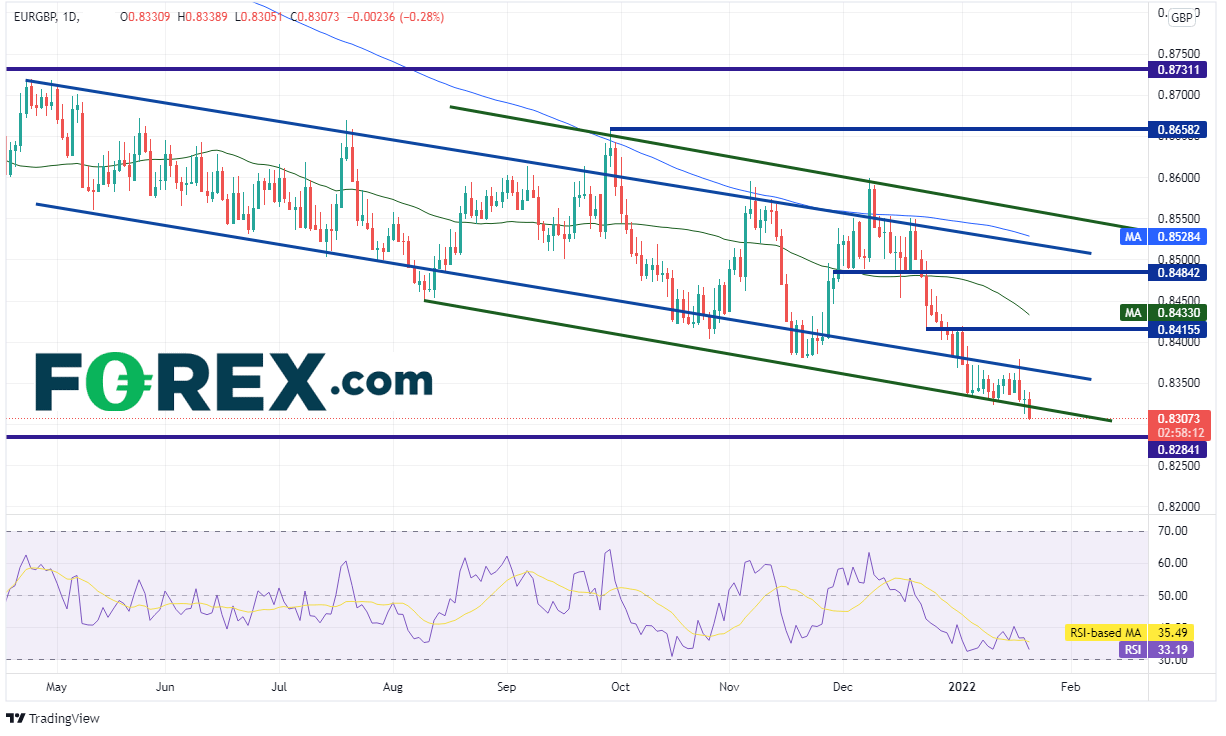 On a 240-minute chart, we can see that price has not only broken below the bottom trendline of the channel, but also below the 127.2% Fibonacci extension from the lows of November 19th 2021 to the highs of December 8th 2021, near 0.8321.  First support is at a confluence of the February 2020 lows and the December 2019 lows near 0.8282 and 0.8276 respectively.  Below that is the 161.8% Fibonacci extension of the previously mentioned timeframe near 0.8244.  However, notice that the RSI is diverging with price, an indication EUR/GBP may be ready to bounce.  Horizontal resistance is at 0.8336, then the previous support level at 0.8380. Above there, once again previous support is resistance at 0.8416. 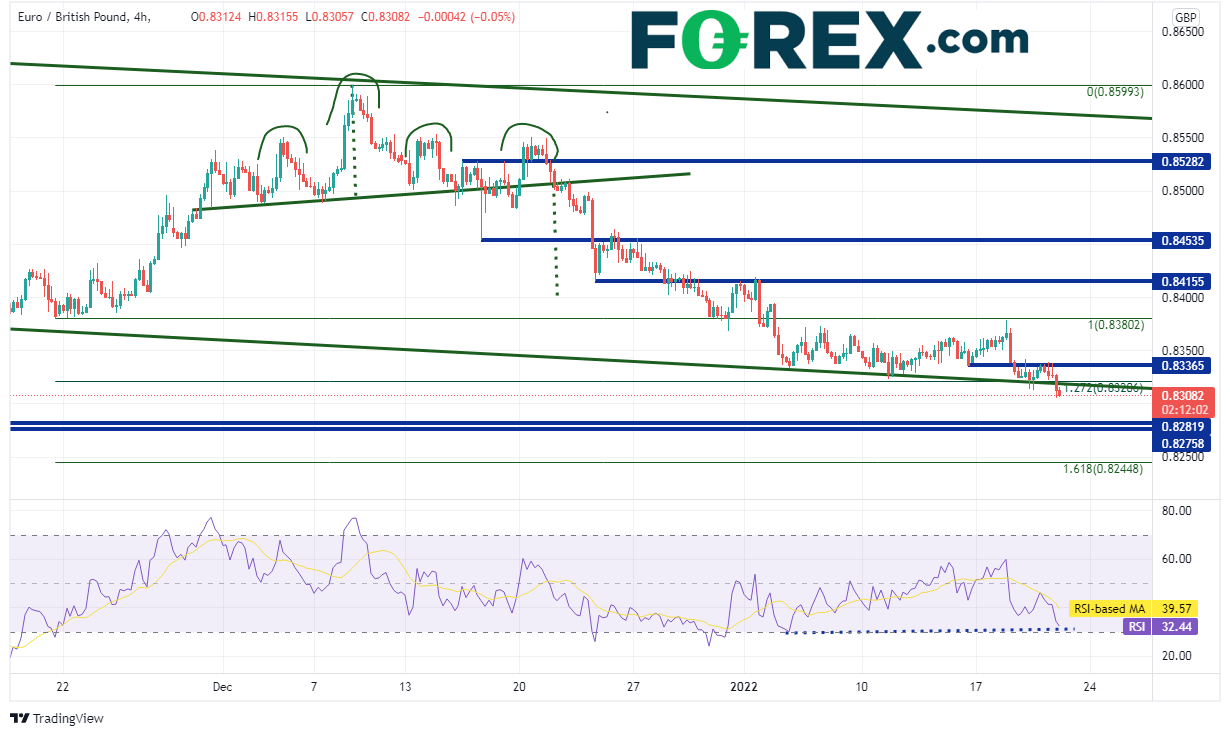 While the ECB remains dovish, the BOE is hawkish.  Markets have fully priced in a rate hike for the February 3rd meeting. If this dynamic continues, there could be more downside for EUR/GBP in the near-term.