EU to UK: No more sausages for you!

European Commission Vice-President Maros Sefcovic is tired of waiting for the UK to implement terms on the Northern Ireland (NI) protocol and said the EU will investigate all options, which includes legal action and possibly even quotas and tariffs on British goods (including sausages).  For the UK’s part, David Frost is considering the possibility of the UK acting on the Article 16 clause, which gives either side the right to right to act unilaterally If an agreement cannot be reached.

As part of the Brexit deal, Northern Ireland is considered part of the EU, and therefore, would assume the same trade laws as the rest of the EU. The NI Protocol was put in place to keep a “soft” border between the UK and Northern Ireland.  However, the UK hasn’t been respecting the new laws.  The UK says that the articles were meant to be more flexible due to the sensitive nature of the peace agreement.  The EU says the UK needs to implement the written articles.  Tensions have increased after the two sides began sparring over rules on chilled meats.   As of Wednesday, there was no by-pass and negotiations have stalled.

The Pound took the brunt of the news of a standstill in negotiations.  For perspective, EUR/GBP had been trading lower since the Brexit agreement was reached in late December 2020 until early April.  However, since mid-February, EUR/GBP has been trading in a range between 0.8472 and 0.8736. 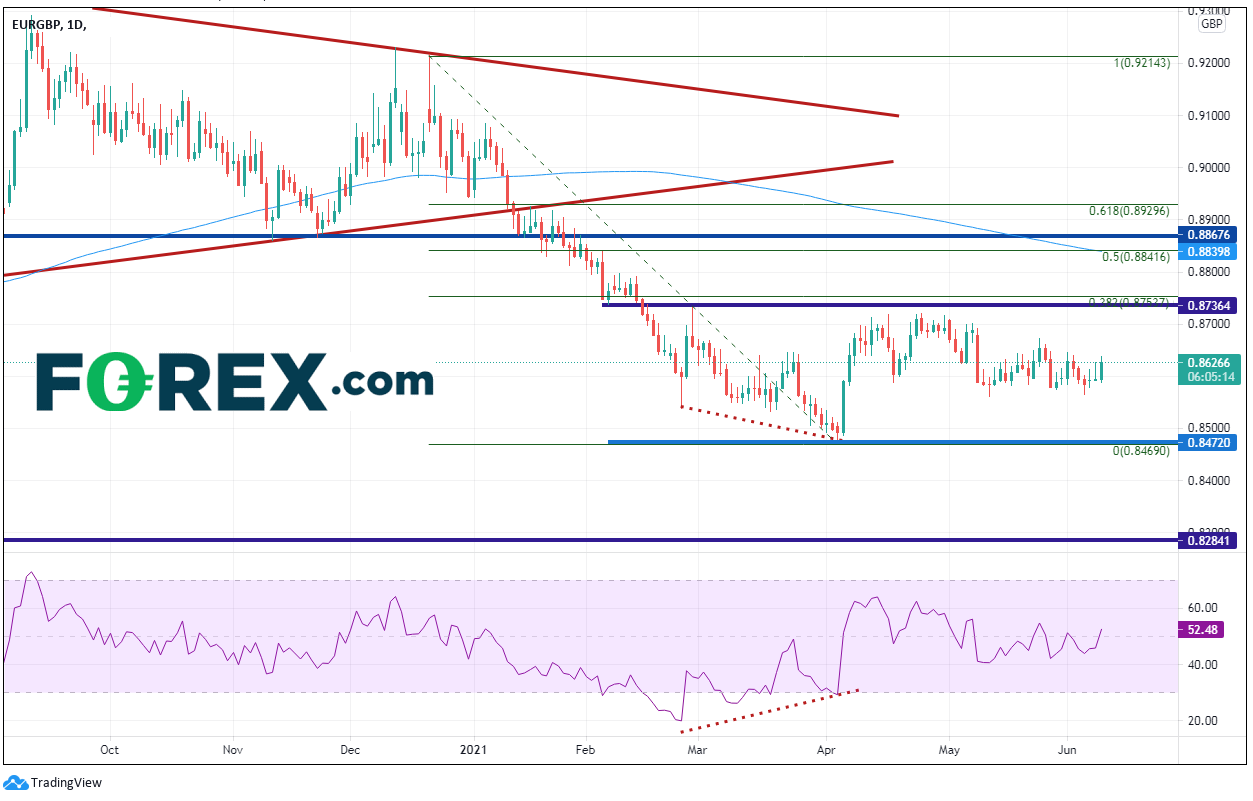 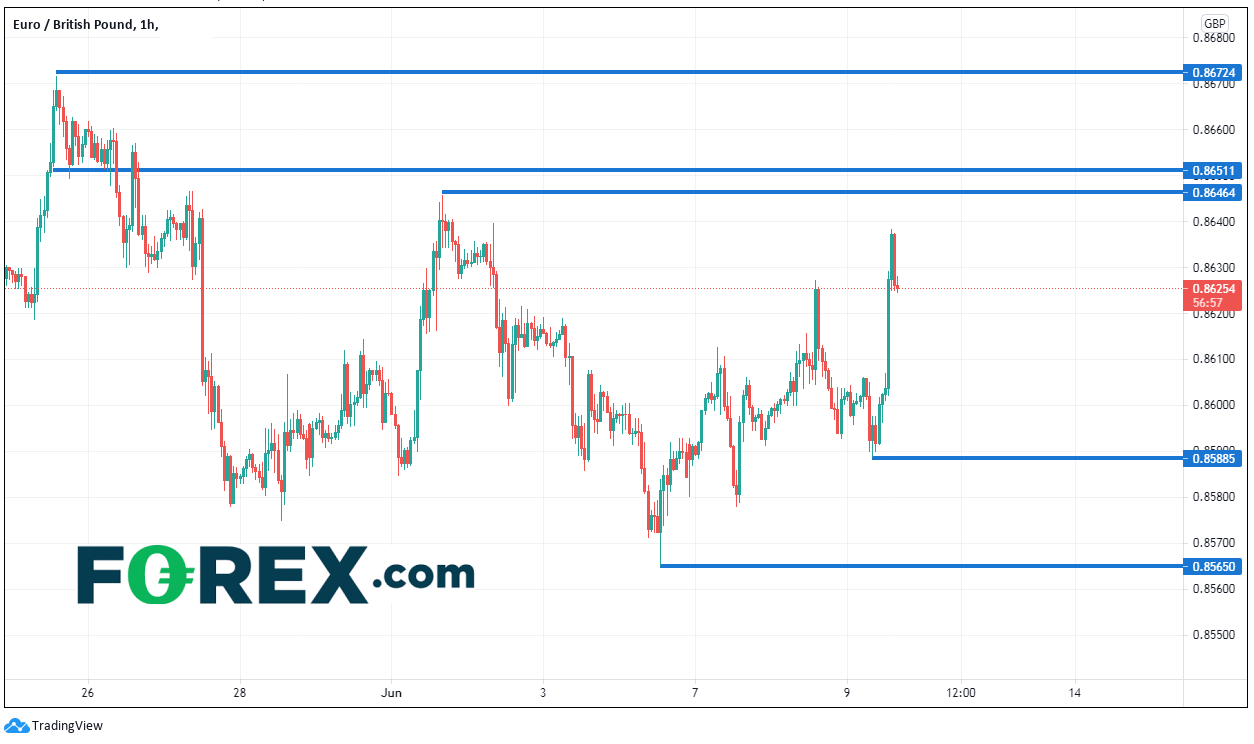 GBP/USD had been moving higher since mid-September 2020 in an orderly channel formation.  However, on February 18th, the pair broke through the top trendline of the wedge before failing at 1.4241 and forming a shooting star candlestick.  Price corrected lower (red channel) and broker higher out of the correction channel on March 7th.  Since then, GBP/USD appears to be forming a rounding top and a consolidation pattern between 1.4083 and 1.4250. 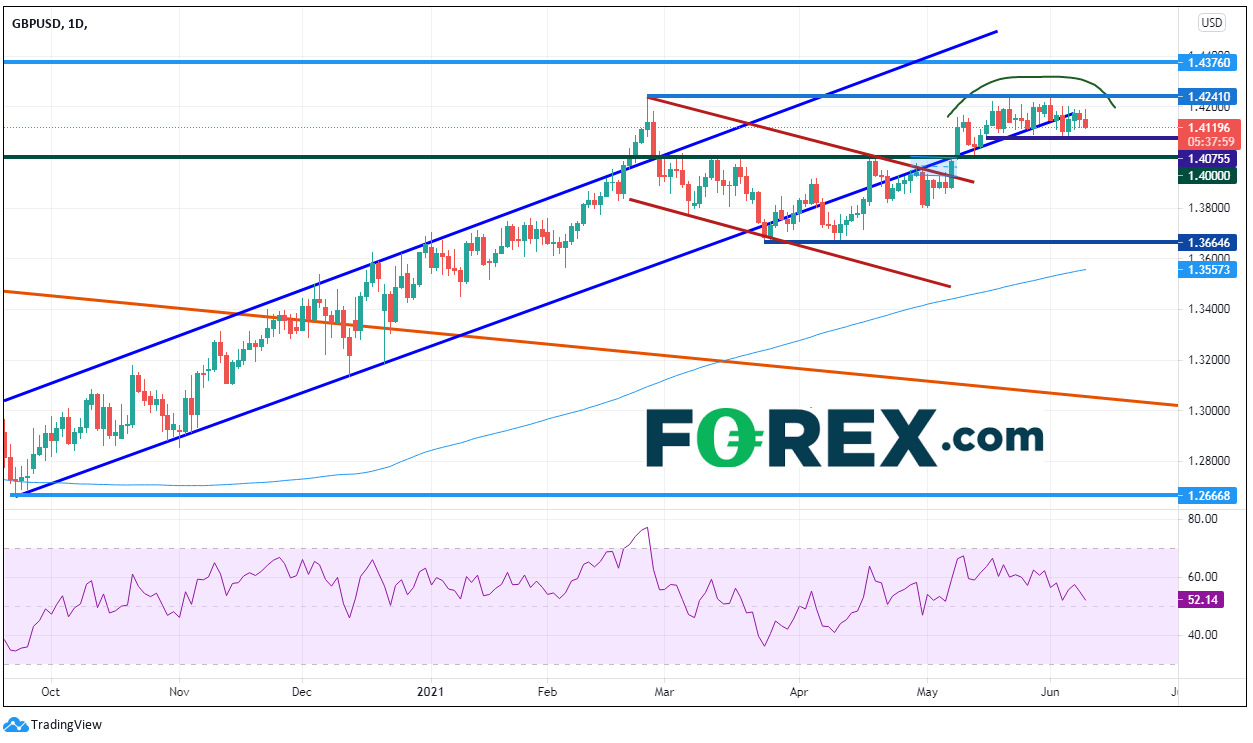 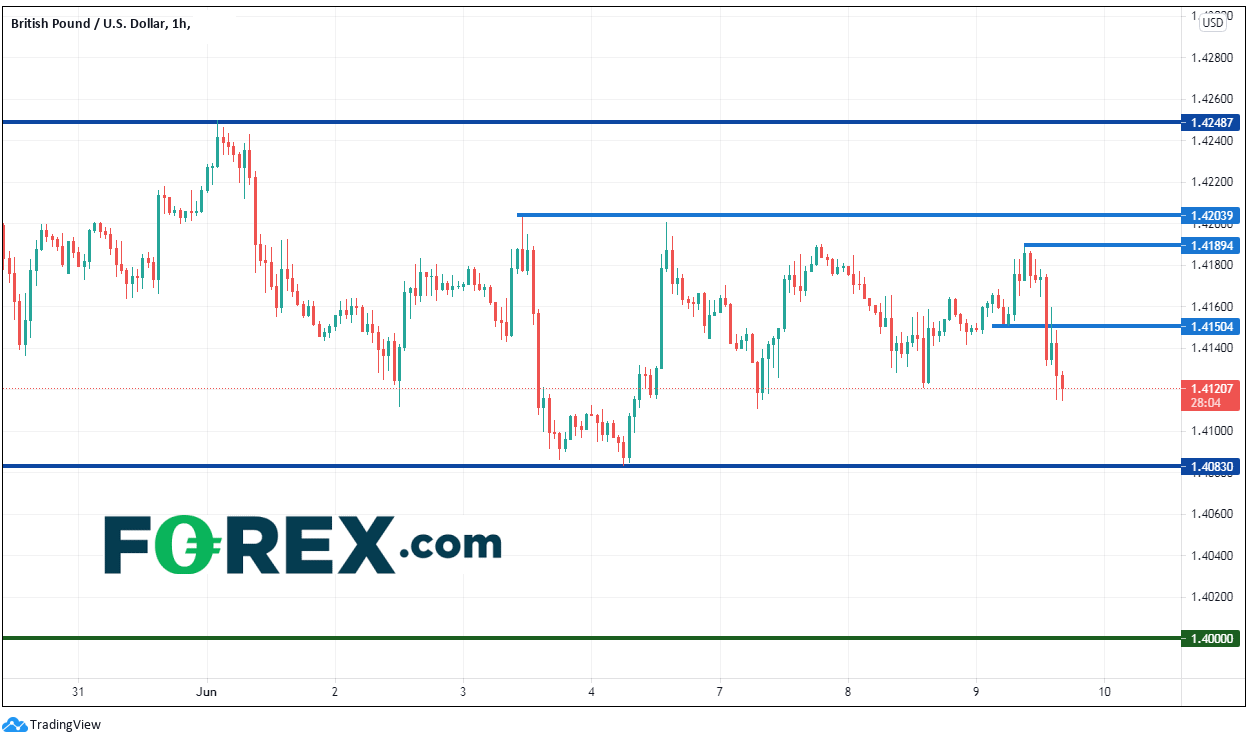 The Pound has been range-trading vs both the Euro and the US Dollar.  However, if negotiations between the EU and UK over the NI protocol don’t end soon, the Pound may fall even further, causing GBP to break out its ranges.