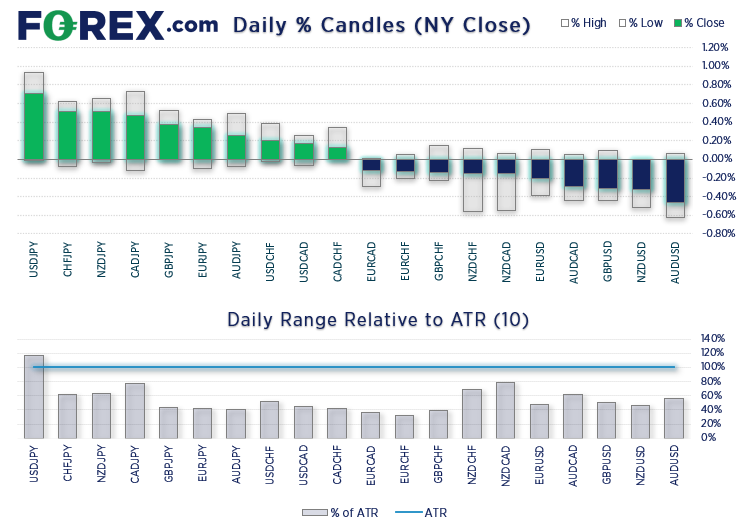 A set of weak economic data in Japan and more dovish comments from Kuroda sent the yen weaker against all major currencies, and USD/JPY to its highest level since September 1998. Machinery orders contracted by -5.6% in May, down -16.4 points from the 10.% in in June. BOJ (Bank of Japan) governor Kuroda said they will maintain ultra-loose policy and are ready to ease further at a moment’s notice. Overnight implied volatility rose to 7.44 – its highest level in 3-weeks. USD/JPY is the only pair to have exceeded its ATR overnight, which is a rare occurrence. 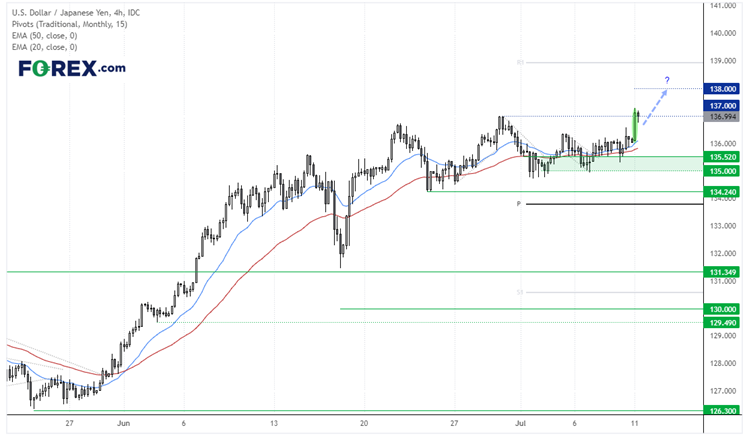 USD/JPY traded above 137 briefly but has since pulled back from that key level ahead of the European Open. USD/JPY is the only pair to have exceeded its ATR overnight, which is a rare occurrence. But given it remains near Friday’s highs then we see the potential for it to extend today’s rally in the European or US sessions, with 138 the next potential target.

We’re not even half way through the month and EUR/GBP is on track for a bearish engulfing candle. Last week was its most bearish week since March 2020 as fear of a European recession intensified, sending the cross below 0.8500 and its 100-day eMA. A strong bearish trend has developed on the 4-hour chart, although prices are now consolidating near the lows as part of a potential bear flag. 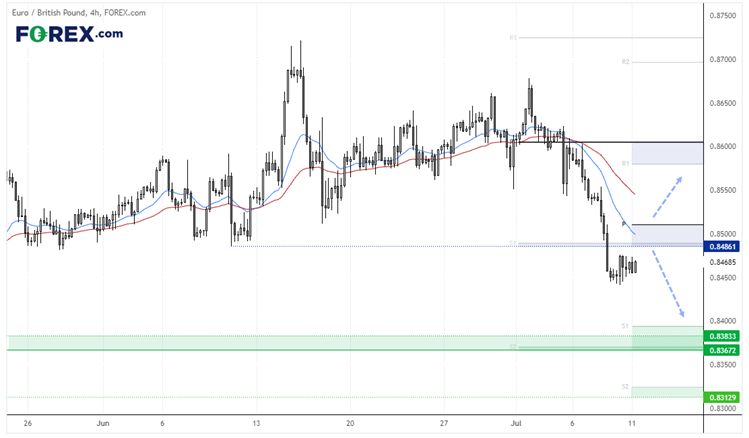 However, we’re on guard for a retracement before the next leg lower, as there hasn’t really be on recently. The bias is bearish below the weekly pivot point (0.8512) so will seek bearish setups up to that level, with the support zone just beneath 0.8400 now in focus.

It’s a relatively quiet calendar today, with Norway’s CPI figures making up the baulk of the data at 07:00 BST. Norges Bank hiked rates by 50 bp in June – their largest hike in over 20 years – and could be set to raise further, given inflation remains more than twice its 2.5% inflation target of 2.5%. However, the central bank do not meet again until the 18th August, but a strong print today could also strengthen the Norwegian Krone (NOK).