The Federal Reserve’s policymaking body will conclude its 2-day meeting on Wednesday, July 27, with an updated monetary policy statement scheduled for release at 2:00pm ET and Fed Chairman Jerome Powell’s press conference set to kick off at 2:30pm ET. There will be no updated economic projections at this meeting.

What are traders expecting from the FOMC? 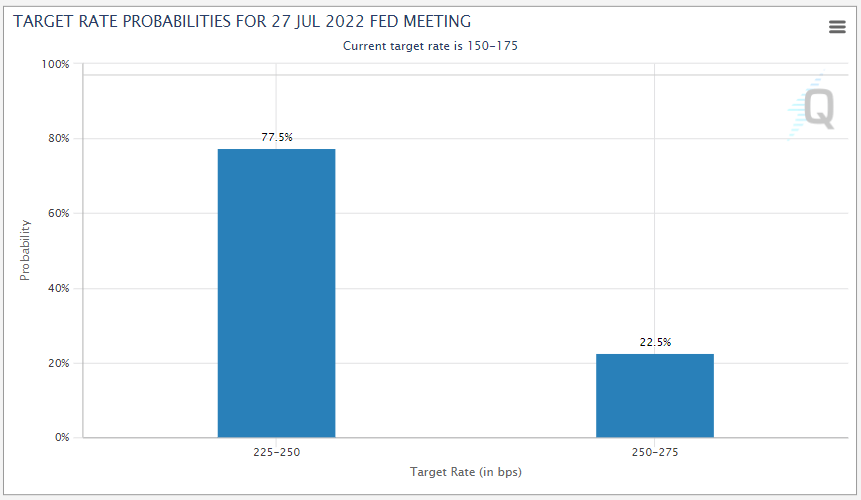 At its last meeting, the FOMC hiked its benchmark Fed Funds rate by 75bps, its largest interest rate increase since 1994, to the current 1.50-1.75% range as it continued its fight to tame inflation while navigating slowing economic growth.

Based on the recent (lagging) economic data, that battle is going poorly: Over the last couple of weeks, traders learned that US inflation rose to 9.1% year-over-year, its highest rate in over four decades, while Friday’s Markit Services PMI report, a key gauge of current economic activity, fell to 47.0, well in outright contractionary territory. Meanwhile, Thursday’s first estimate of Q2 GDP may show that the US economy contracted for its second straight quarter, the colloquial definition of a recession. Put simply, Jerome Powell and company have a lot to juggle at the moment.

Notably, there have been some potentially positive signs for the consumer over the last few weeks. Most importantly, gasoline prices, the tip of the inflation spear for average Americans, have now been falling for six straight weeks. While the Fed claims to focus more on “core” inflation measures that filter out food and energy prices, the central bank is concerned about the outsized impact gas prices have on consumer psyches and expectations for future price pressures, so the FOMC is undoubtedly still watching prices at the pump closely.

Between declining gasoline (and other commodity) prices and slowing economic growth, it’s hard to picture a 100bps interest rate hike this week. For what it’s worth, the newly anointed “Fed Whisperer” at the Wall Street Journal, Nick Timiraos, recently stated that “Federal Reserve officials have signaled they are likely to raise interest rates by 0.75 percentage point… A 0.75-point rate rise could allow officials to signal their ability to maintain that historically aggressive pace if demand and inflation stay hot or to moderate their increases if they see progress in slowing inflation and economic activity.” With economic activity slowing further and increasing evidence that inflation may be peaking, the Fed will likely stick to that script on Wednesday.

If the FOMC does, in fact, opt for a 75bps interest rate hike, Fed Chairman Powell’s accompanying press conference will likely have a bigger market impact than the decision itself. If the Chairman emphasizes the risks of a recession and downplays ongoing price pressures, traders will take the hint that rate increases may slow as we head into Q4, with a potential pause to the tightening cycle on the table in Q1. This scenario would likely be bullish for risk assets like stocks at the expense of safe haven assets like bonds and the US dollar. On the other hand, if Powell focuses exclusively on getting inflation under control with no mention of economic growth, it would suggest elevated odds of continued rate hikes in the coming months, likely boosting the greenback and sniffing out the nascent bounce in equity indices. 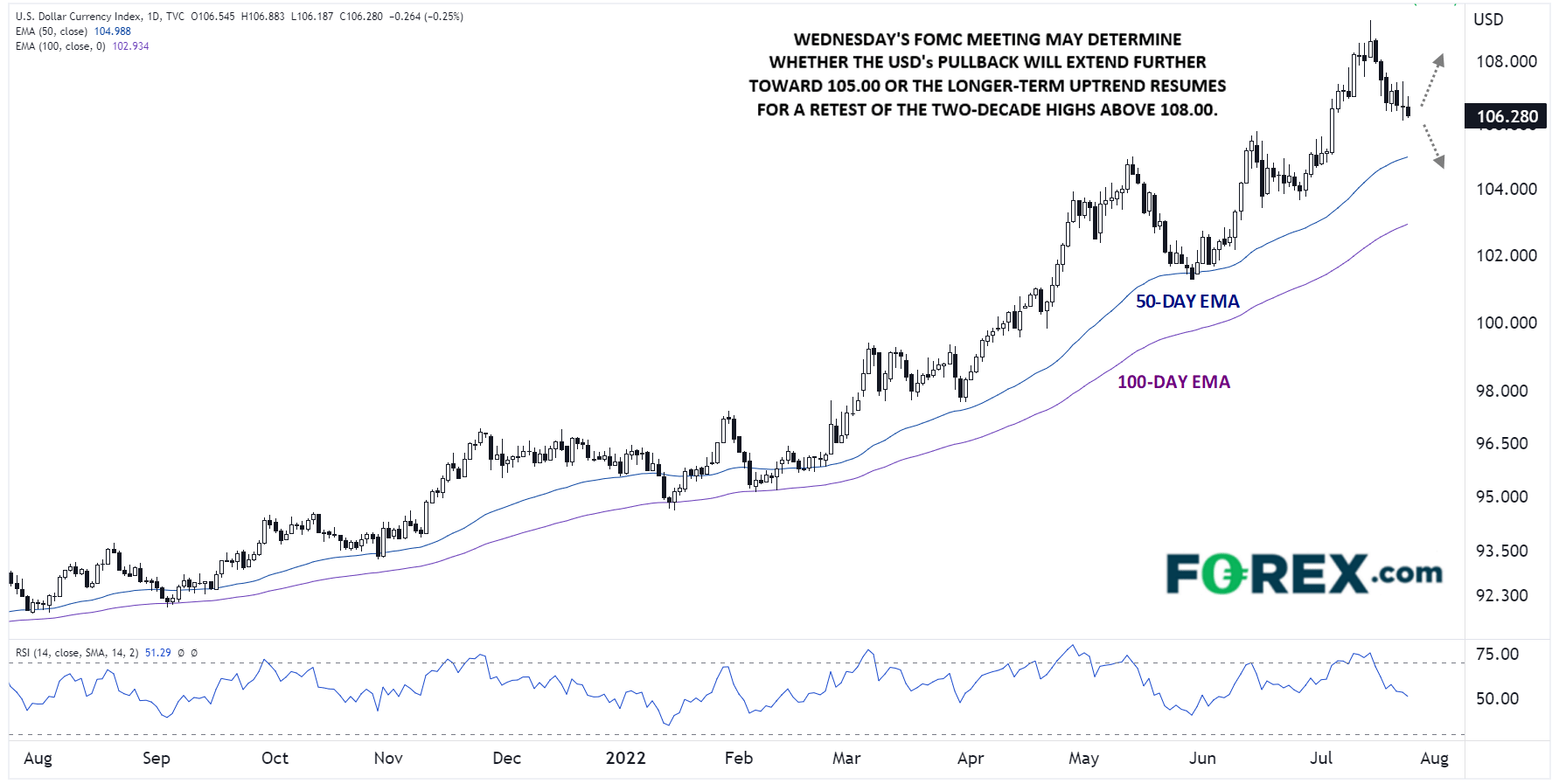