JOLTS job openings - an employment miss (not to be missed)

JOLTS job openings fell -1.1 million in August, or -9.8% from 11.2 million to 10.1 million. It’s the fastest monthly drop since April 2020, and the fourth month over the past five that they have fallen. In fact over this period, 1.4 million job openings have disappeared. And market took notice with Wall Street posting strong gains for a second day. 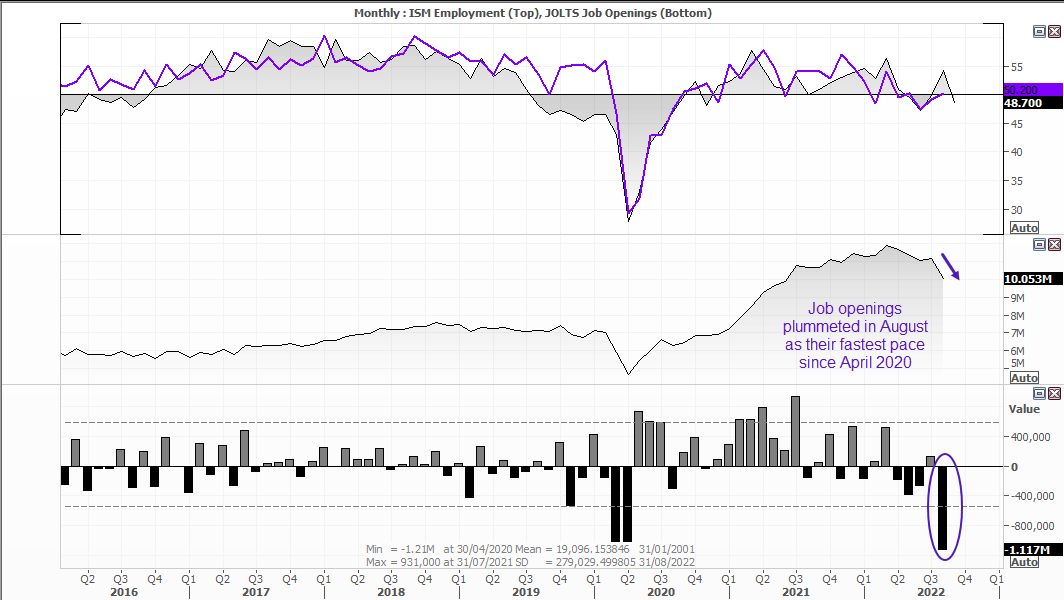 Elsewhere, the employment component of the ISM manufacturing PMI report also contracted in August, which is it second contraction over the past three months. On Thursday we find out of ISM services employment index follows suit.

The job opening miss places greater emphasis on the ADP and NFP reports released today and Friday. ADP fell to a 19-month low of 132k in August and, whilst estimates are for it to rise to 200k later today, a soft print here likely leads to a soft headline NFP print on Friday. And that cold further support the stock market rebound that is gleefully trying to price in a Fed pivot.

And any signs of a Fed pivot likely leads to a weaker US dollar, as hawkish bet are unwound. Perhaps we’re a little ahead of ourselves, but if data does come in on the weak side it strengthens a case for a deeper pullback for the US dollar. 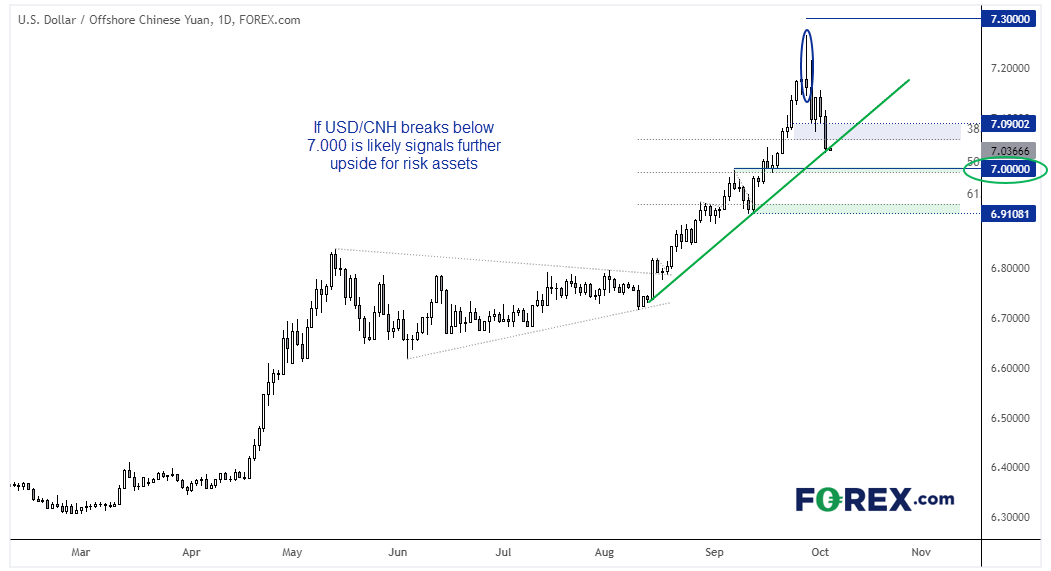 The strong rally on USD/CNH finally stalled just below 7.3000 with a bearish hammer, which marked the cycle high. Momentum has clearly turned lower, and prices are now testing trend support on the daily chart.

The famous 7.000 level is less than a day’s ATR away from yesterday’s close, and a break of trend support likely sees prices retest it. If course, being such a round number also means it is a likely support level, at least initially. But a break beneath it is also likely to be a positive signal for risk assets, given markets were concerned that something could ‘break’ should USD/CNH rise and hold above it.