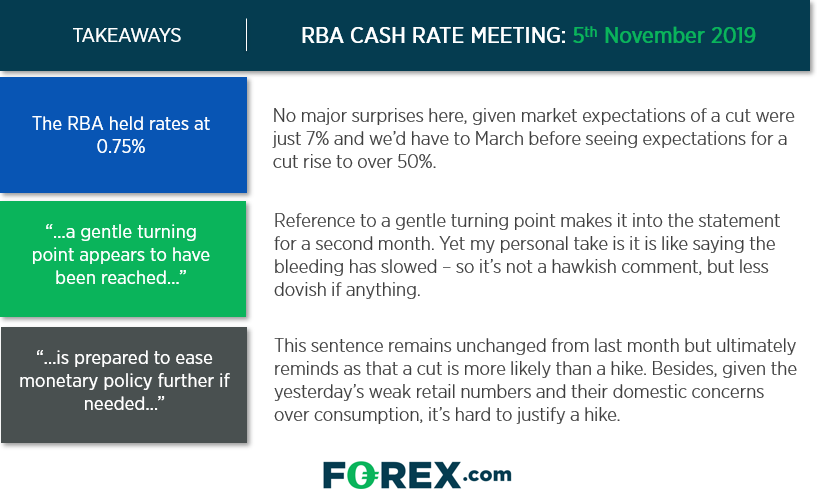 Going into today’s meeting, expectations for a cut were low at just 7% according to the RBA Rate Indicator. But then they had cut rates three times over four meetings, and policy changes can take many months before their impact is felt by the broader economy. This may well explain why we have to go all the way into March 2020 before the expectation of a cut is above 50%, so there’s certainly been a change in sentiment in recent weeks. And as they’d discussed ‘keeping rate cuts on hold for a rainy day’ further suggests easing could indeed be on the back burner.

Still, whilst RBA are less dovish than they were, they still don’t appear hawkish. And its also possible the talk of QE may ramp up if data misses the mark over the coming months which could weigh on AUD, even if the prospect of further cuts don’t. 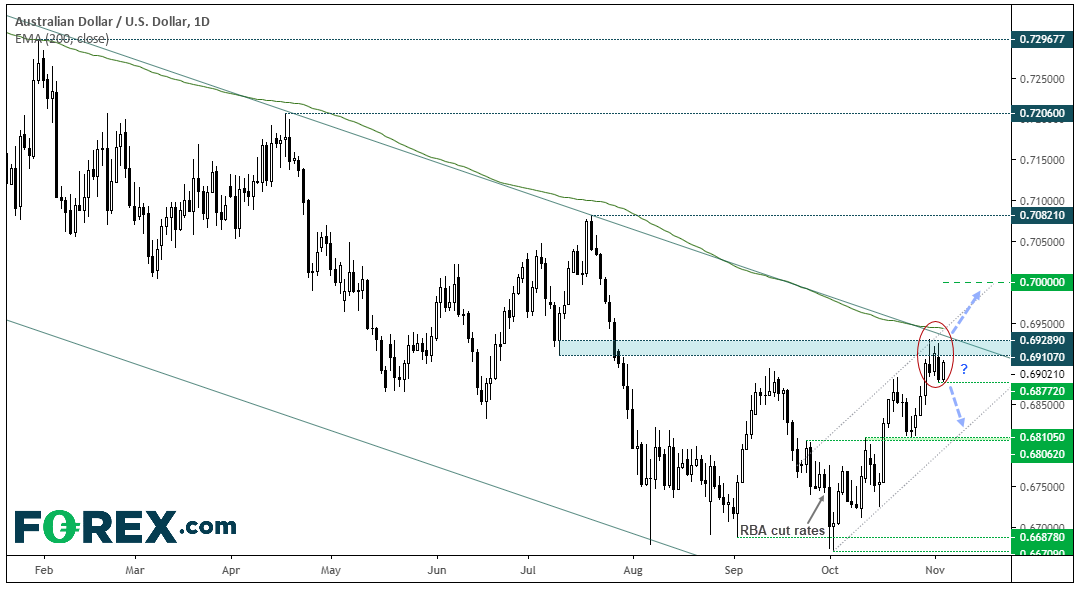 AUD/USD: We can see that RBA’s October cut provided its final drive lower before reversing course. A thaw in trade tensions and Fed cut have helped the Aussie rebound 3.9% from its low, yet prices have paused around a technical juncture. A bearish pinbar and bearish outside day shows traders struggling to push it above the July 10th lows, and of course we also have the upper bounds of the bearish channel and the 200-day eMA to provide further resistance as necessary. 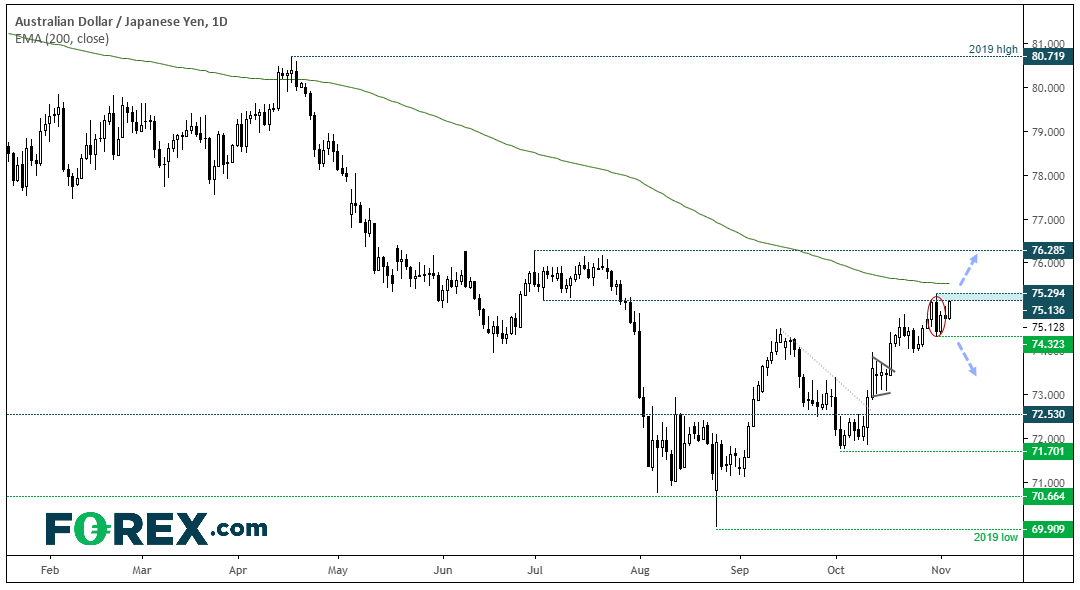 AUD/JPY: Its rally has paused after hitting its highest level since August and, like AUD/USD< trades below its 200-day eMA which can act as a level of resistance and erode away at risk/reward potential. 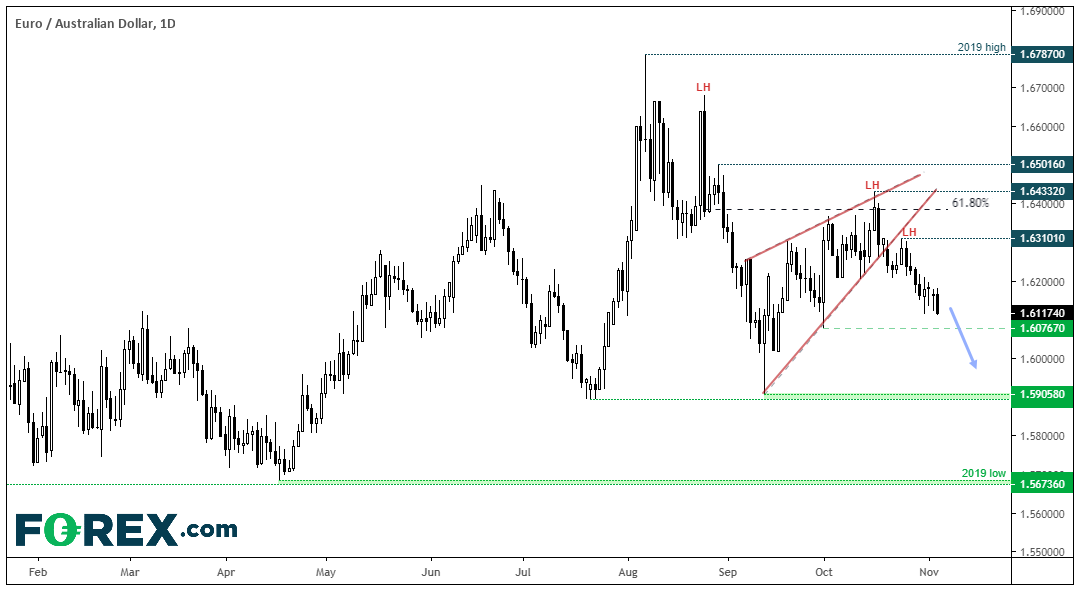 EUR/AUD: The bearish wedge remains in play which targets the lows near 1.5900. With support nearby at 1.6076, there’s potential for a bounce before its next leg lower resume. So bears could either wait for a retracement to fade into, or simply wait for a break beneath 1.6076.

Related analysis:
Weekly and Monthly Bearish Engulfing Candles Appear On DXY - But Just How Grizzly Are They?
AUD/USD Could Target 0.7000 if the RBA Strikes an Optimistic Tone
USD Could Be Approaching A Make Or ‘Break’ Scenario Leading Into NFP | DXY, EUR, AUD
AUD Firmer On Lower Unemployment | AUD/JPY, AUD/NZD, EUR/AUD
RBA Cut Rates To A Fresh Record Low