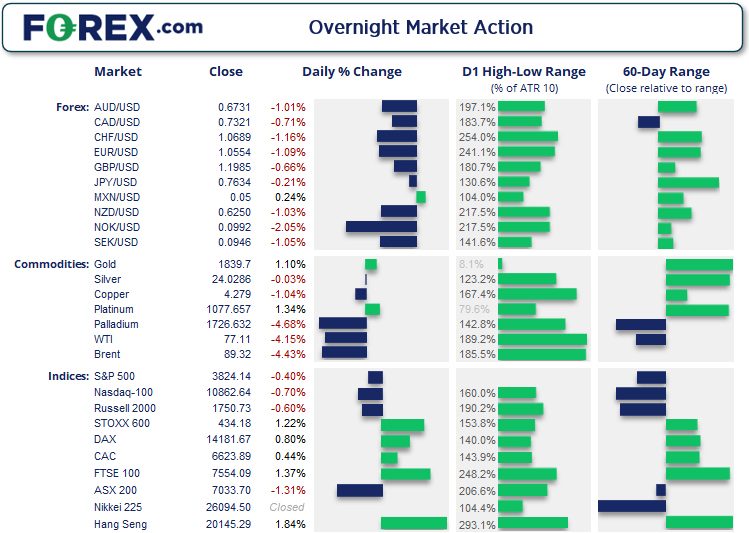 Recession fears continue to weigh no sentiment with Wall Street tracking the majority of Asian indices lower yesterday. Santa’s rally never materialised in December, and that negative sentiment has been carried over to the new year. Weak PMI data from China over the weekend and yesterday did not help either, with two separate manufacturing and service PMI reports all contracting which feeds back into the weak global growth narrative. Whilst China’s reopening partially offsets some of the doom and gloom, so rise of covid cases counters that upside somewhat.

Ultimately, we have entered the new year with a lot of uncertainty during a time of low liquidity. This has resulted in above-average moves, none of which I have too much confidence in – which basically means I’d prefer to remain nimble and not seek extended macro moves over the near-term. 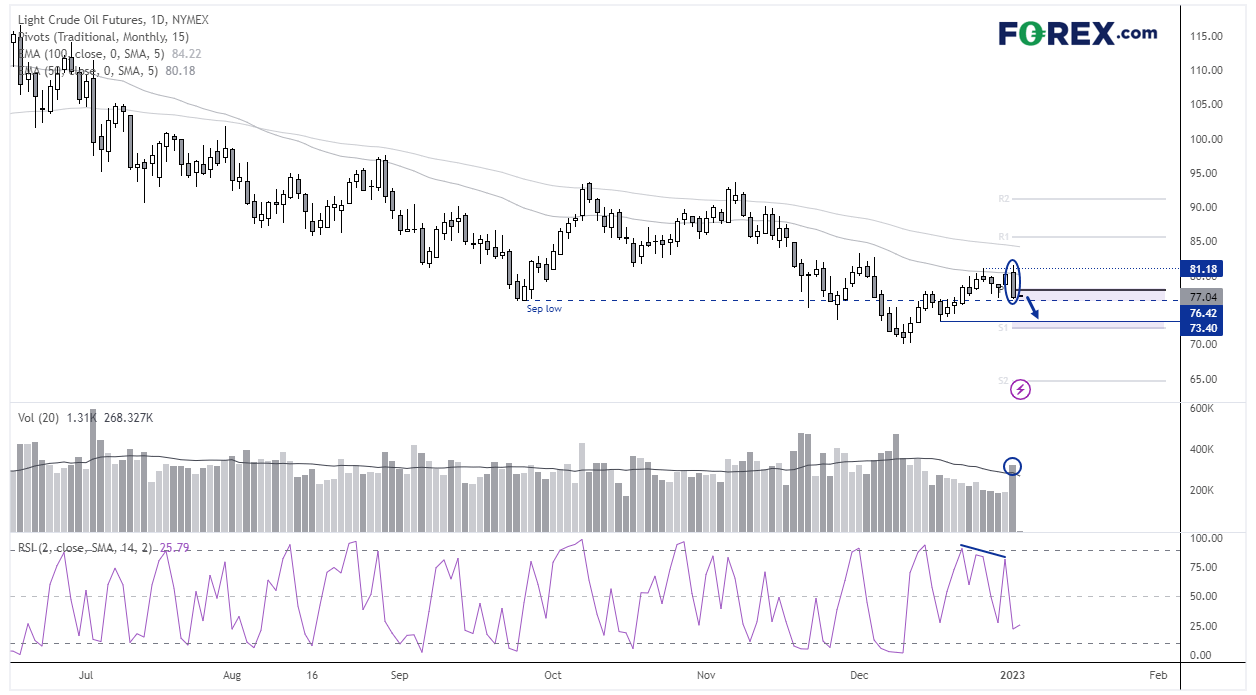 WTI suffered its worst day in 30 yesterday, with a combination of a stronger US dollar, recession concerns and weaker natural gas prices all playing their part for a bearish session. A bearish outside day formed which markets a double top around $81.20, daily volume was above average (and its highest in 14 days) which adds weigh to the bearish reversal candle. Also note that previously the market has reversed lower around the 100-day EMA, yet here it is trying to turn lower around the 50-day EMA (which itself is below the 100-day EMA). A bearish divergence also formed on RSI ahead of the double top, therefore the bias is for another dip lower.

A break of the September low assumes bearish continuation, and next support resides around 72.50 – 73.40. In light of seeking to ‘remain nimble’, we prefer to stick to intraday timeframes in line with the daily bias. 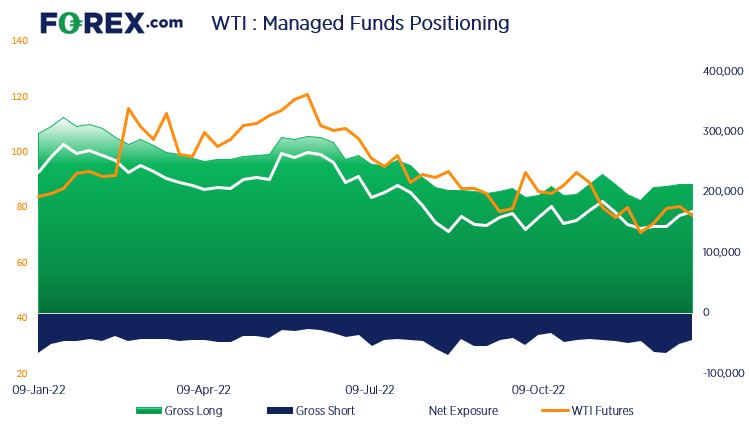 We can see that net-long exposure has been ticking higher on WTI for managed funds, but this is due to shorts being covered and not new longs being initiated in recent weeks. Given the negative sentiment then it’s plausible to suspect some of those bears will now be returning. But if or when we see gross longs increase and gross shorts decrease, we would be more confident in calling a bottom in oil. We’re just not there yet.