Reports that UK and EU negotiators were moving closer to a Brexit deal on Tuesday afternoon have re-charged cross-asset rallies across the Continent and British-tied shares, even as both sides continued to pepper rising optimism with caution.

If reports are accurate, it looks like it is the shape of the eventual 'fudge' that’s being discussed, for want of a better word. Remember, the key difficulty around alternative proposals to the backstop has always been coming up with arrangements that respect, if not resolve a key conundrum: how to maintain trading standards and regulations the lightest of quasi-customs arrangements that are acceptable to both the EU and UK.

As ever, it’s all too easy to see how even the promising progress that’s emerged from reports could evaporate, as has happened in the past. Unsurprisingly, none of the key protagonists are entirely giving in to unanchored optimism.

That anticipates the next challenge, where any deal will have to win over the DUP, the unionist Irish party that lends conditional support to Britain’s Conservative government. Johnson is said to be “confident of getting the deal through” Parliament, if it can be agreed with the EU, with “ongoing dialog” between the prime minister and the DUP conveyed by his spokesman. Under the circumstances, the EU’s informal midnight deadline for deciding whether a viable deal is in the offing might be allowed to slip somewhat. Markets in their current state of excited anticipation would probably react favourably.

Clearly, the market reaction itself puts even more at stake should talks look like they might falter. Even if the deal gets across the line in Brussels it will then face a Parliamentary vote, after MPs voted down former Prime Minister Theresa May’s deal three times, before defeating Boris Johnson many more times. For sterling in particular, perhaps Wednesday’s inflation figures may turn out to be the least of its problems, regardless of how far away they are from expectations. Overall, the pound is no less volatile this week. Short-term volatility indicators have risen for four straight sessions.

On the charts, the pound has pierced its closely watched 200-day moving average for the first time since late April. However a key level we have been watching as a gauge of how convinced sterling buyers really are—$1.278, a failure high from June—has been tested though not sustainably breached. Like deal prospects, sterling’s chances of a lasting recovery are buoyed, though still quite in the balance. 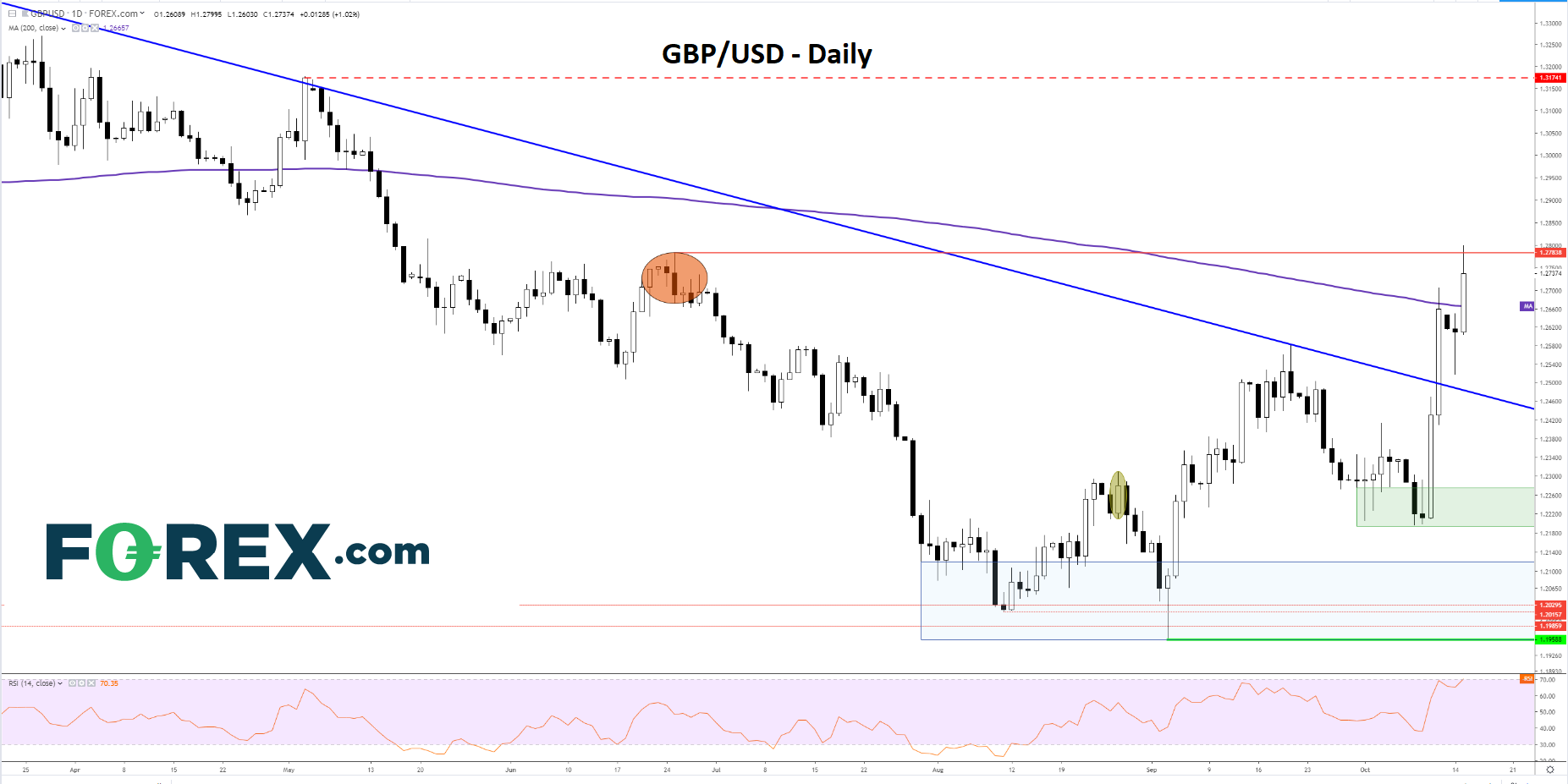