USD/JPY knocked from its perch as Kuroda jawbones the yen

Asian equity markets were mostly higher a day after Jerome Powell reiterated the message that the Fed can fight inflation and also achieve a soft landing. China’s benchmark indices were the leaders of the session following soft inflation data which paves the way for more stimulus from Beijing.

The US dollar is the weakest major, and AUD is the strongest as it tracked Asian equities higher. BOJ Governor Kuroda hit the wires and managed to jawbone the yen, saying the rapid FX moves are undesirable. Following a meeting with the PM, he told reporters that the BOJ will “watch exchange rate moves carefully”. The Finance Minister of Japan also said separately that the government won’t rule out any options to help tame currency movements. The result was a rapid FX move on yen pairs and a -1% fall on USD/JPY (or -160 pips). 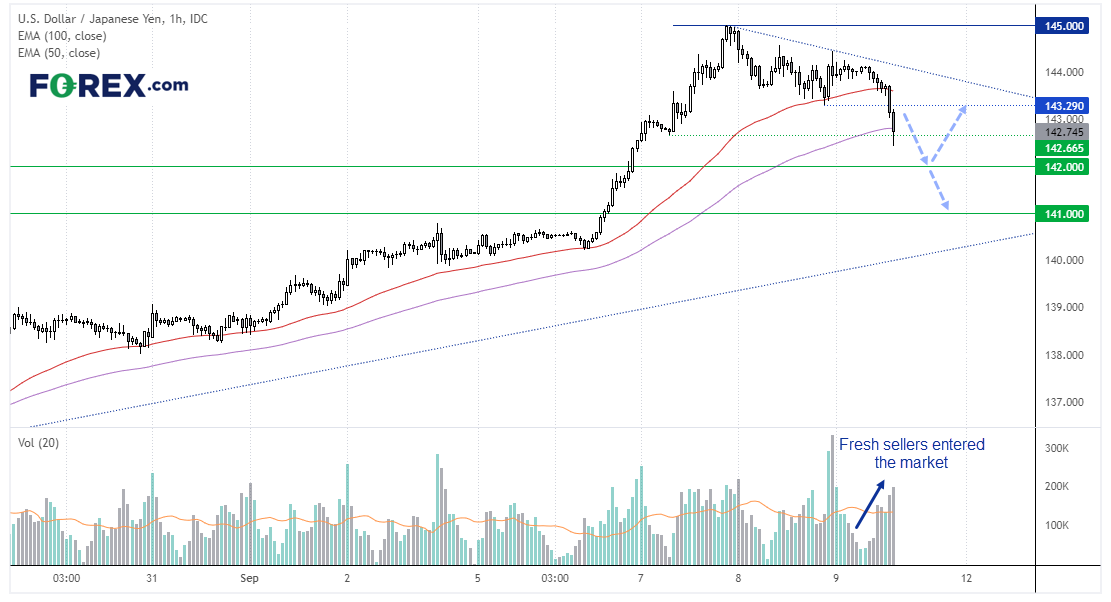 We can see on the 1-hour chart if USD/JPY that volumes increased as prices fell, which tells us that fresh sellers were entering the market. As trader across Europe of the US are yet to react to the news, perhaps we’ll see some bearish follow-through for the pair. Yet with central bank policies favouring a bullish trend on the yen, the current decline is assume to be corrective at this stage (and a much needed one at that, given the magnitude of recent gains). So heading into the weekend we’d prefer to fade into rallies below resistance and see if prices can build support around 142  or even 141.

We’ve seen headline employment soften for the past two months (with both full and part-time jobs declining) but, with the unemployment rate steady at the record low of 4.9% we’d need to see an unexpected print for it to holt markets. The BOC raised interest rates by 75bp – and it looks like another 75bp hike is on the horizon, given that inflation is “still too high” and talk of “front-loading” interest rates after their 75bp hike this week. 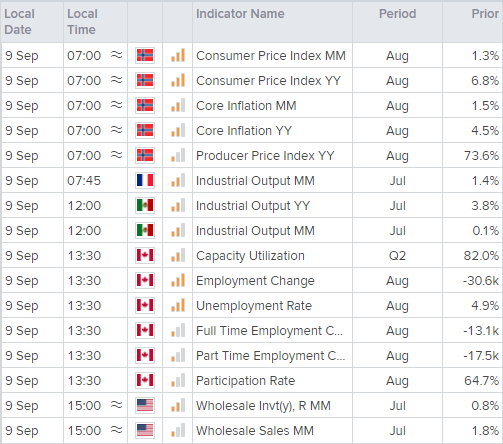