The South African Reserve Bank (SARB) meets on Thursday this week to decide how much it should raise interest rates.  Expectations are for a 25bps hike to 4.25%, however it is possible the central bank may hike 50bps in the wake of the sudden explosion is commodities, specifically oil, since the beginning of the Russia/Ukraine war.  The last time the SARB met was in January, before the invasion began and it hiked 25bps. It has now hiked rates by 25bps at each of its last 2 meetings. Ahead of the meeting on Wednesday, South Africa will release February’s CPI report.  Expectations are for 5.8% YoY vs 5.7% YoY in January.  If the inflation reading comes in hotter than expected, will the SARB hike by more the 25bps? 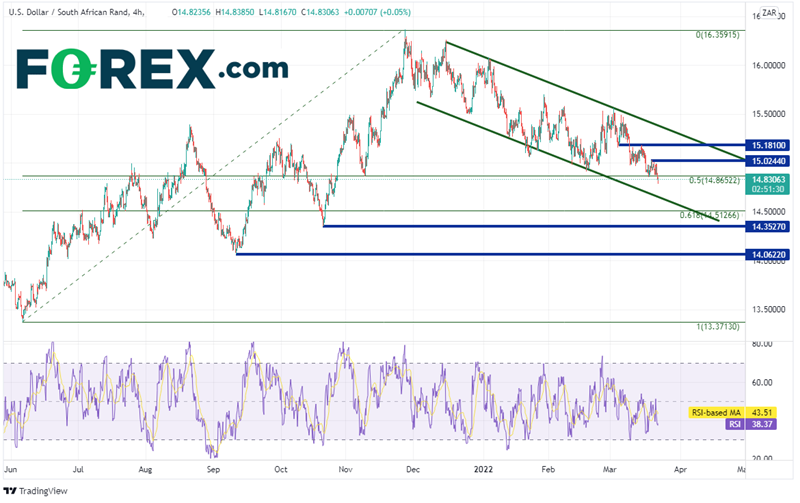 The South African Reserve Bank meets on Thursday and is expected to hike rates by 25bps.  However, on Wednesday, South Africa will release CPI.  Whether the central bank raises rates by 25bps or 50bps may depend on the outcome of the CPI report!