According to the Federal Reserve Bank of Chicago,  the US Federal Reserve’s Federal Open Market Committee (FOMC) sets US monetary policy.  The FOMC has a dual mandate: maintain Price Stability and Maximum Sustainable Employment.  Most recently, US jobs data was released for the month of December.  Data showed that the Unemployment Rate for December was 3.5%, which is the lowest Unemployment Rate since the early 1970s.  Clearly, the Fed is doing a good job on maximizing sustainable employment.

Although the US Dollar Index (DXY) was little changed on the data release, if inflation does pick up then the value of the US Dollar theoretically should move higher over time (although there are many factors at play in determining market value).

Technically, the DXY is at a confluence of resistance.  On a daily timeframe, DXY had been in an upward sloping channel since May of last year.  In early December, price broke lower to the 50% retracement of the June 13th low to the October 1st high and bounced to retest the bottom upward sloping trendline of the channel near 97.50. 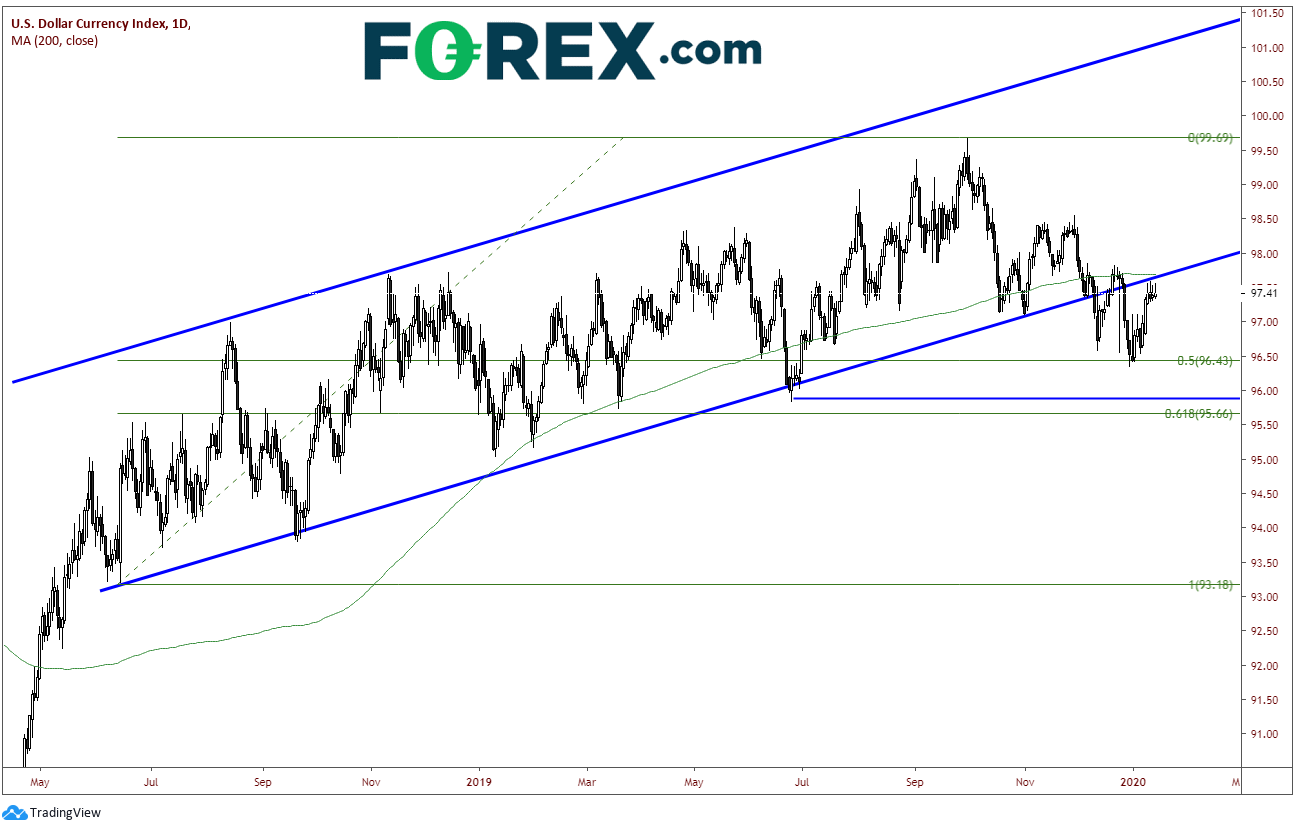 If we zoom in a bit on the daily chart, we can see on that price as formed a new, downward sloping channel from the high of October 1st.  Not only is price testing the longer term trendline, but it is also testing the top trendline of the new downward sloping channel!  In addition, the 200 Day Moving Average is just above at 97.70.  We can also see from in the candlestick formation that there are long upper wicks on the candles of the last 4 days (including today).  This indicates that there was US Dollar buying early in the session, however by the end of the day, sellers had overtaken the buyers and pushed price lower. 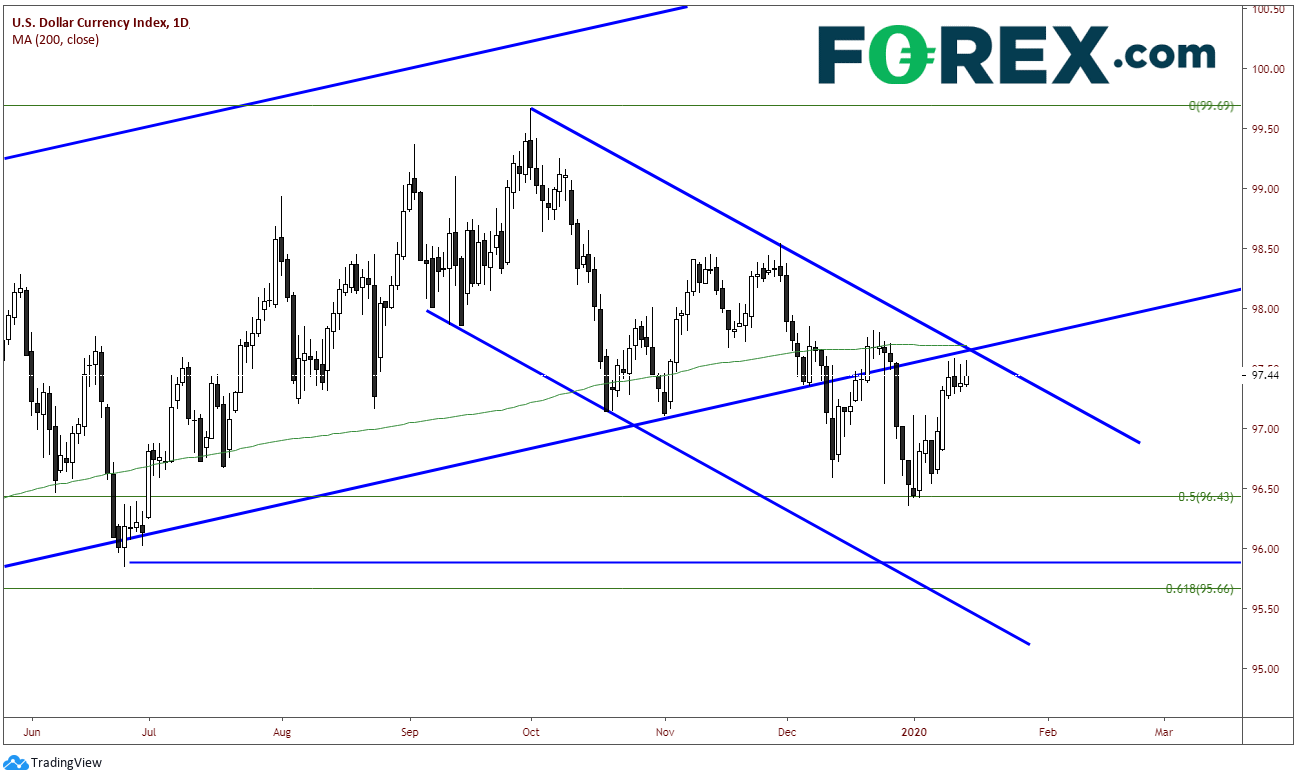 If the resistance and end of day selling pressure continues, DXY could pull back to horizontal support near 97.00, which is previous highs that now act as support.  Next support is at the December 31st lows near 97.40.  Third level of support is the previous low of June 25th near 95.84.  If DXY manages to break through the topside resistance, first resistance is 98.50/60 (horizontal resistance) and then the October 1st highs near 99.70.

Later this week,  we have the Producer Price Index, Export Prices, Import Prices, and Michigan Inflation Expectations.  These are all measures of price stability.  Recently, this data has not had a large effect on the US Dollar.  However, if there is a large outlier in the data, it may cause the DXY to be volatile.