Week Ahead in Oil: Earnings Season Will Provide Clues About Demand

The US earnings season is beginning to provide some useful glimpses into where real oil demand is positioned. According to the US Energy Information Agency, 69% of all the petroleum bought in the US (or 14.16 million barrels a day) are used in transport. In that respect an update of Tesla’s earnings and the level of sales for electric cars will be key to see how the balance of oil-fuelled versus electric cars is changing.

In Europe the sight of cars being plugged into the sides of houses charging up for the night is becoming more and more common, particularly as the climate change protests have gathered steam, but the number of electric cars on the road still constitutes a relatively very small percentage of the overall cars. 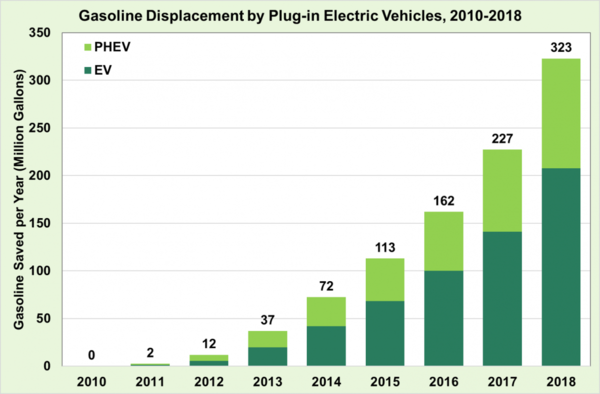 Another useful gauge of petroleum demand are other resources companies, such as metal producers who have their finger on the pulse of industrial production, which makes up 25% of total oil demand. This week aluminium giant Alcoa, which sells aluminium to car producers and other major industries worldwide, warned that weakening economic conditions and trade tensions between China and the US will cause a decline in global industrial production, particularly in the car industry. Next week look out for results from miner Freeport McMoran on Wednesday for an insight into the copper market, construction and electronics industries:

Results from Conoco Phillips are due on Thursday and will show how the company handled the last quarter of fluctuating oil prices which were pushed and pulled by crises in the Persian Gulf on the one hand and signals of declining Chinese demand on the other. More information about the state of the domestic US oil industry will be provided by an update from US Well Services, a specialist in electric fracking services, which reported a slight quarter-on-quarter reduction in its Q2 net loss to $21.5m.

Of course, the key political decision for the week will be the Brexit vote in the UK Parliament on Saturday. MPs will go into session at 9.30 am on Saturday morning to debate the deal PM Boris Johnson managed to agree on during painstaking negotiations in Brussels last week. If previous debates are anything to go by, it is unlikely to be a smooth ride with resistance likely not only from the opposition but also from the Northern Ireland unionist party, the DUP, which opposes parts of the new Brexit proposal. If the deal is rejected, the UK may have to ask for an extension of the October 31 Brexit deadline which will affect both the UK energy industry and industries in Europe who depend on their sales into the UK market.

German IFO Business Climate figures and PMI numbers for September will provide further clues on the state of Europe’s biggest economy which has been showing signs of wear and tear caused by the protracted trade frictions and slowing global demand. Similarly, US new home sales Tuesday and US Manufacturing PMI could potentially add to the recently weaker economic data for the US economy, which will add to the oil producers’ worries as this coincides with a slowdown in both China and Europe.