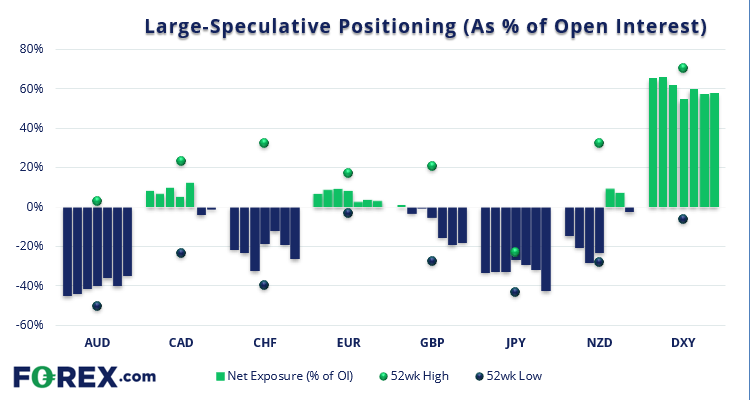 Large speculators were their most bearish on Japanese yen futures in 3-months last week. Currently at -102.1k contracts net-short, if bears add another 5.5k contracts they will be at their most bearish level in over 4-years. And that is quite likely to materialise by Friday’s COT report given how vocal the BOJ (Bank of Japan) have been recently about retaining their ultra-loose policy. 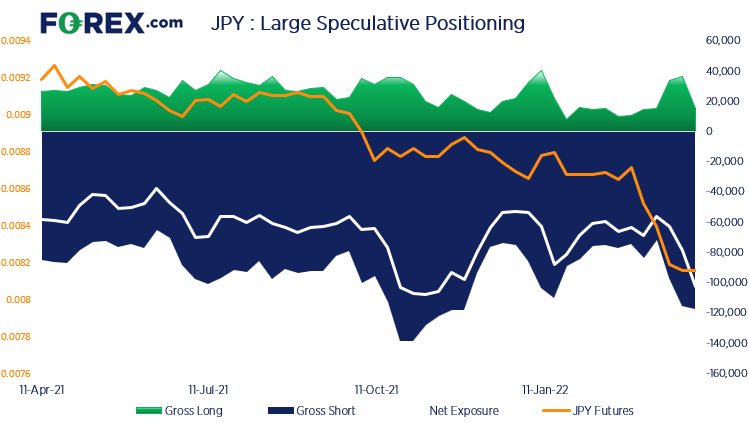 The Australian dollar is trending higher, although all eyes will be on tomorrow’s RBA meeting where a huge divergence between market’s hawkish pricing and RBA’s dovish rhetoric remains wide. Gross longs have risen to their most bullish level in 18-weeks and added 10.2k long contracts last week. However, some appear to be hedging their bets as 8.6k short contracts were also initiated. Yet net-exposure remains bearish by around -49k contracts, so that is still a lot of shorts to cover should RBA surprise with a hawkish twist tomorrow, yet still leaves plenty of room for bears to add fresh shorts as the net-short reading is nowhere near an extreme. 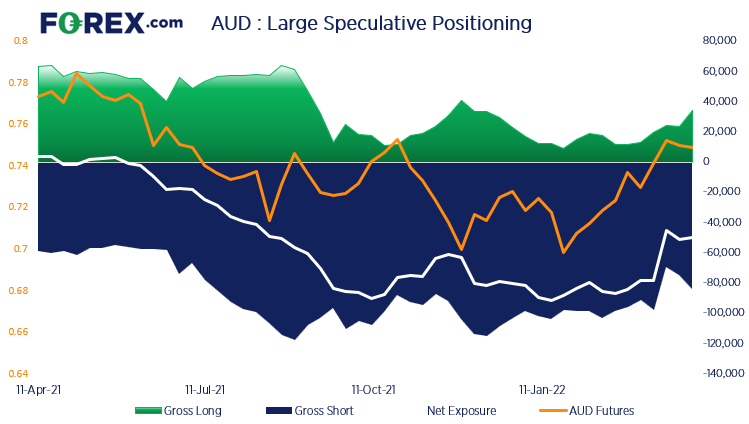 As of Tuesday 29th March:

Large speculators added around 9.5k to their net-long exposure to gold, although both long and shorts were closed as traders continued to reduce exposure. In fact, we have seen open interest trimmed for a third consecutive week, which shows a lack of confidence in either direction over the near-term. With that said, we continue to suspect the current decline is part of a retracement only given that shorts have trimmed their exposure for five consecutive weeks.