WTI: OPEC+ and inventories send US oil on a rollercoaster ride

It’s been a topsy-turvy day in the oil market as traders weigh conflicting news on supply.

First, traders were expecting a modest increase of 100k-400k barrels per day (bpd) to OPEC’s production quotas … and “modest” is exactly what they got, with the group announcing that it would increase production by just 100k bpd in September. When the proverbial rubber hits the road, the actual production increases will likely be closer to a third of that as the 100k increase will be split evenly between each country and only Saudi Arabia and the UAE have any spare capacity; stated differently, production quotas aren’t what’s been holding back most OPEC+ countries, so higher quotas will only have a limited impact on supply and demand in the market.

West Texas Intermediate (WTI) crude oil spiked a quick $3.00 to above $96.00 in response to the lower-than-expected effective supply increase, but the rollercoaster ride was far from over.

Just a couple hours later, the US released its weekly crude oil inventory data, showing a surprise 4,467K build in inventories, compared to an expected decline of 629K barrels. The unexpected build-up of supplies caught traders off-guard, and US OIL has proceeded to reverse this morning’s gains and fall all the way down to test its 5-month low near $91.00.

As the chart below shows, oil prices are on the verge of breaking below strong previous support at the 93.00 level. A confirmed break of these lows would open the door for a continuation down to previous-resistance-turned-support at the Q4 highs near 85.00 next as traders judge that declining demand will offset capped supply: 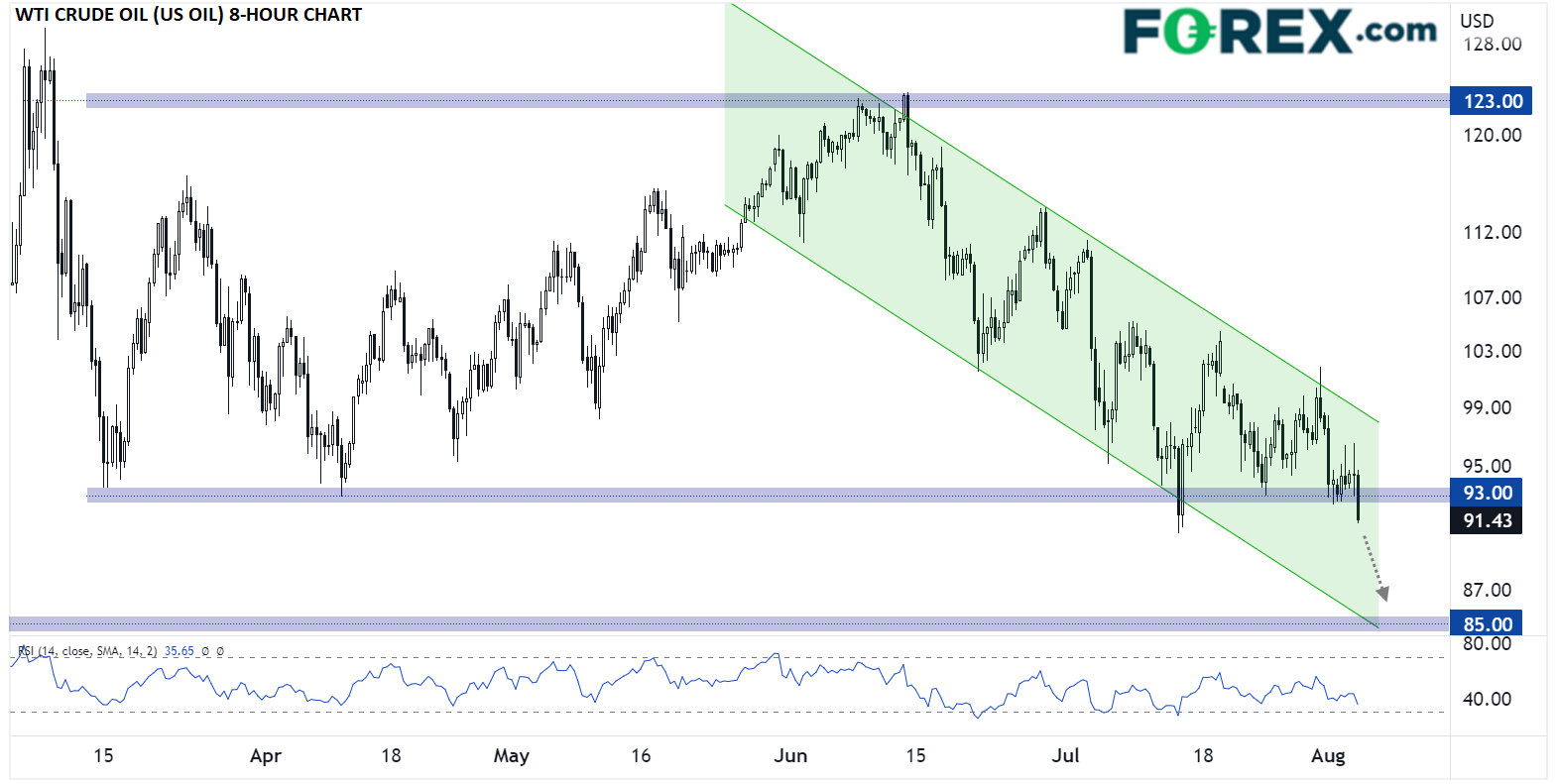 Meanwhile, only a break above the two-month bearish channel near $98.00 would erase the near-term bearish bias in WTI.