China release CPI data for December tomorrow, and the general consensus is for inflation to have softened at the end of the year due to lower food prices. NBS (National Bureau of Statistics) headline CPI is currently forecast to rise just 1.6% y/y, down from 2.3% previously.

However, if recent trends are to persist, such as transportation/communication and education/culture and recreation rising notably then we could be in for an upside surprise from Beijing. And if we are to see an upside surprise it could further excite US dollar bulls who anticipate higher inflation in the US this week, which is basically a proxy for a more hawkish Fed and, ultimately, a bullish dollar. 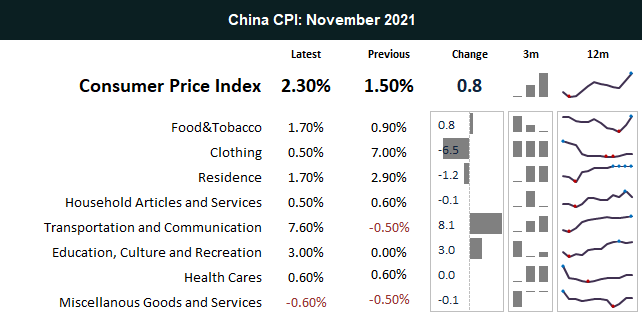 If we do see a resurgence of the US dollar we are interested to see if it can gain notable ground against the offshore yuan (USD/CNH). It has not been the easiest of markets to trade since mid-October, looking at its sideways range and overlapping daily candles. But what has piqued our interest is the two false breaks of 6.3500 support. 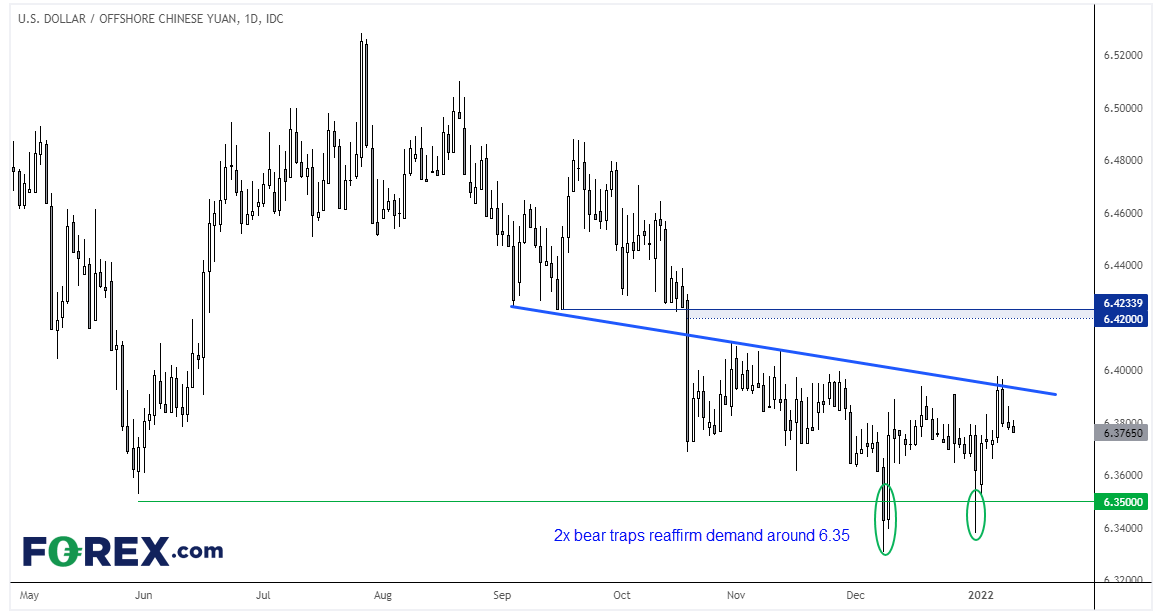 On December the 8th, USD/CNH closed below 6.35 yet promptly reversed losses the following day to mark a bear-trap. A second attempt to break 6.35 arrived on December 31st which saw a ‘buying tail’ and daily close above the key level. Now prices have drifted higher we remain bullish above 3.65 and seeking a move to 6.42. Bulls could wait for a break above trend resistance / recent highs to put the bullish bias into action. Until then there are risks for another dip lower.

The China A50 has steadily moved lower since reaching our original 16,436 target. In December we had noted the reversal candles which failed to close above that key level which ultimately marked the beginning of its correction. Whilst it failed to hold above 16,000 as we’d hoped, the index does appear to have found support above 15,200, in line with a series of previous lows and a hammer which closed above that level to denote demand above 15,200. 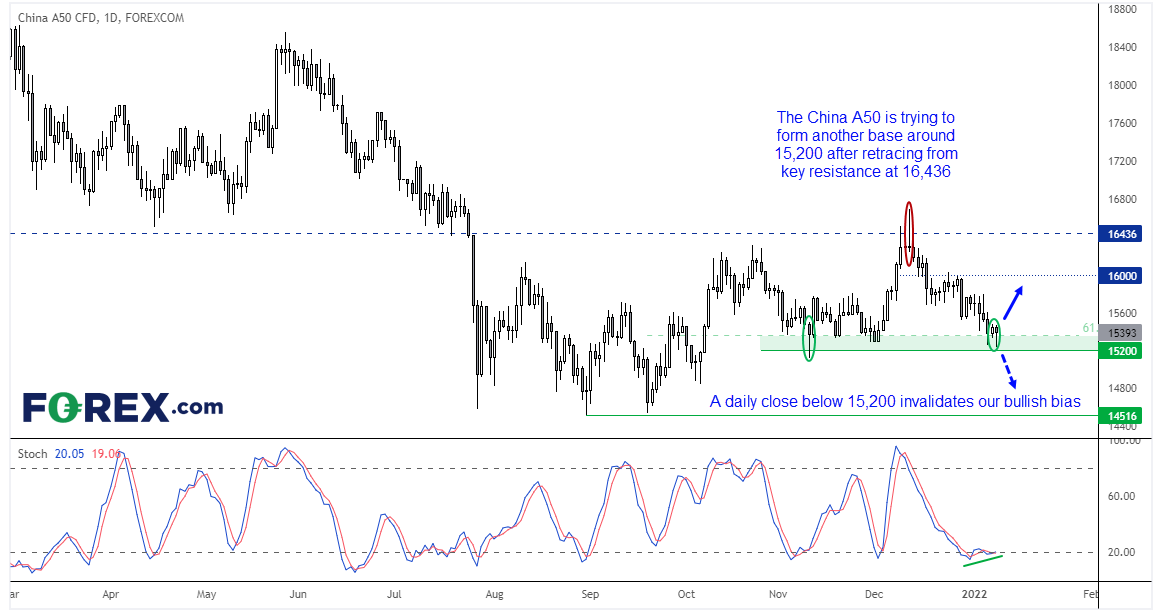 Furthermore, the stochastic oscillator recently moved into oversold territory and based around 15.5 (in line with previous stochastic troughs) and a small bullish divergence has since formed. A small bullish inside candle and bullish hammer have also formed over the past two session around support, so we now anticipate a rally from current levels. A daily close below 15,200 invalidates our near-term bullish bias.