Considered to be the Fed’s favorite measure of inflation, December’s Core PCE (Personal Consumption Expenditure), which excludes food and energy, rose at a rate of 4.9% YoY.  The print beat estimates of 4.8% YoY.  It also was higher than November’s print of 4.7% YoY.  This was the highest Core PCE reading since September 1983!

But there is a new sheriff in town that the Fed is focusing on:  ECI (Employment Cost Index). Fed Chairman Powell referred this metric in his press conference following the FOMC meeting on Wednesday.  The ECI shows employee compensation and total costs of labor for employers. The Fed has been paying attention to this economic data print, as Powell noted that rising wages were a contributing factor to the increase in overall inflation.  The Q4 Employment Cost Index was 1% vs 1.2% expected and 1.3% in Q3. This print may calm the nerves of Fed officials, as the Q3 ECI was the highest in over 30 years.

EUR/USD had been has been moving lower in an orderly channel since May 2021.  After posting a false breakdown below the range to 1.1186 on November 24th, 2021, the pair moved back inside the channel. EUR/USD traded sideways in a tight range until January 12th, when the pair posted a false breakout to the topside of the channel near 1.1490.  EUR/USD then pulled back inside the channel and has accelerated lower, taking out the out the 1.1186 low from November.  Price has recently tested support from March 2020 near 1.1144. 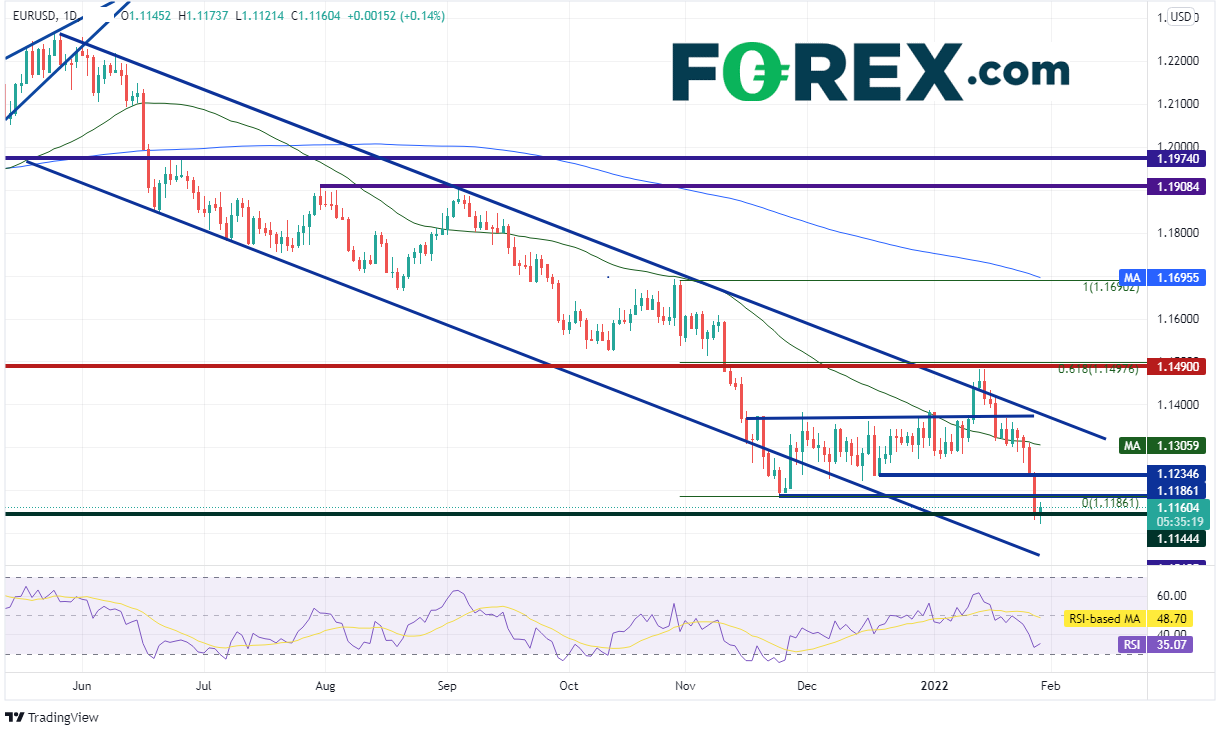 First resistance is at the prior breakdown point of 1.1186 and then horizontal resistance at 1.1234.  Above there, resistance is at the 38.2% Fibonacci retracement from the highs of January 14th to the lows of January 28th, near 1.1260. Support below is plentiful.  The first level is the January 28th lows at 1.1121, which confluences with the 127.2% Fibonacci extension from the November 24th lows to the January 14th highs at 1.1105.  Below there, price can fall to the bottom trendline of the channel near 1.1041, which is just ahead of long-term horizontal support at 1.1020. 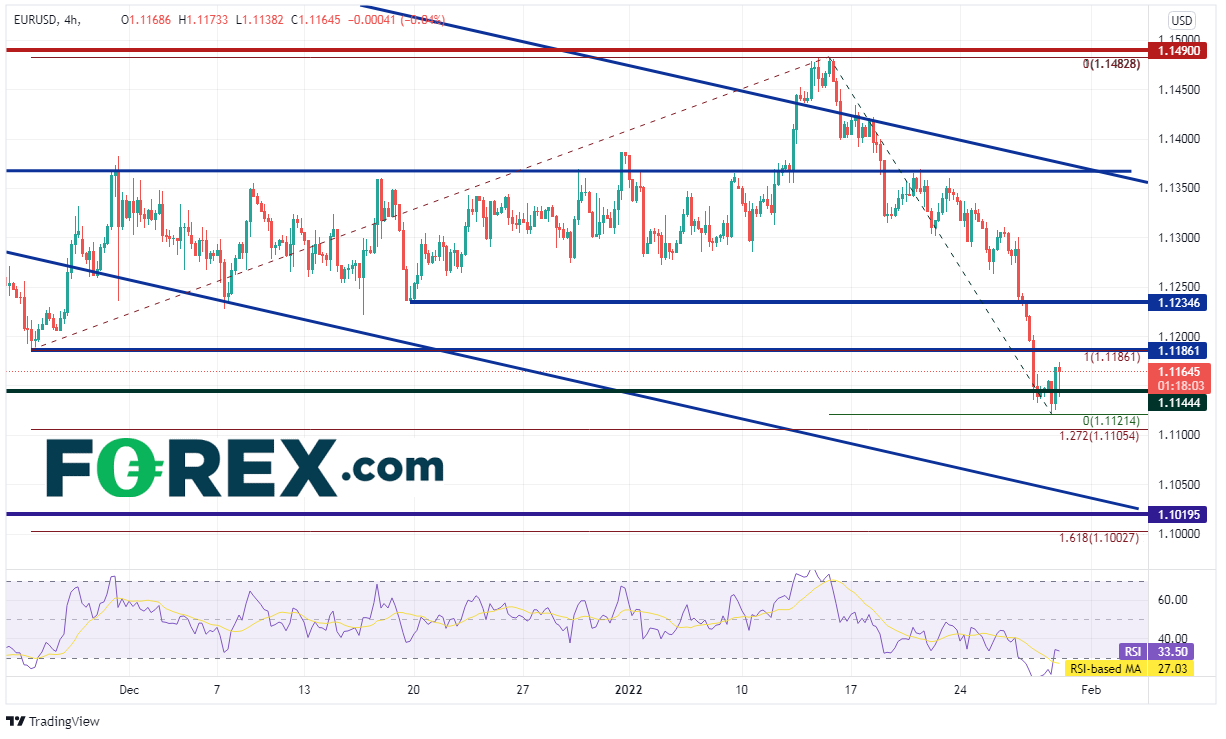 The Fed is very worried about inflation.   Its favorite data point has been Core PCE, which was higher than expected.  However, they have recently turned their attention to the ECI, which was better than expected.  A rate hike is priced into the market for the March meeting.  If the Core PCE begins to downtick, could they pull in the reigns just a bit after that?   The Fed said they will be watching the data, therefore, we should as well!