As we had mentioned in our OPEC preview, the number of barrels per day of oil that OPEC+ was going to cut has been growing and growing.  At one point it was only 500,000bpd to 1,000,000bpd.  Then it was 1,500,000bpd.  Today at the meeting, the first face-to-face meeting since the pandemic, OPEC+ decided to cut production by 2,000,000bpd, surpassing some of the highest estimates.  This is one of the biggest cuts in OPEC history.   The plan is to take effect from November according to 2 OPEC sources and will be measured from current baselines.  This seems to be a slap in the face to Joe Biden and his administration, who just a few months ago went to Saudi Arabia pleading for additional supply.  Biden noted particularly that he is now concerned about rising gas prices once again.  It was also announced that OPEC will no longer have monthly meetings, but rather bi-monthly, with the next meeting in December.

Brent Crude Oil has been trading aggressively lower since June 14th when it reached a high of 125.15.  (It had reached as high as 138.03 on March 7th.  Brent oil had begun moving lower in a descending wedge pattern over the next several months and made a near-term low at 83.87 on September 27th, its lowest level since January.  However, notice on the daily timeframe that Brent oil has been moving higher over the past few days and is nearing the top trendline of the wedge. 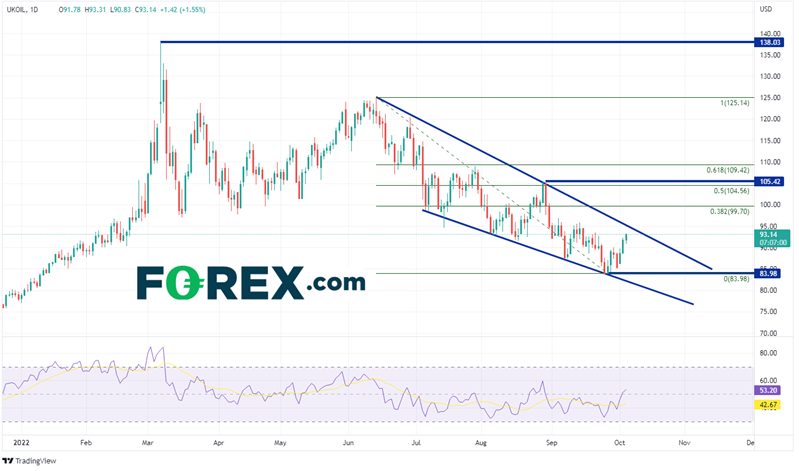 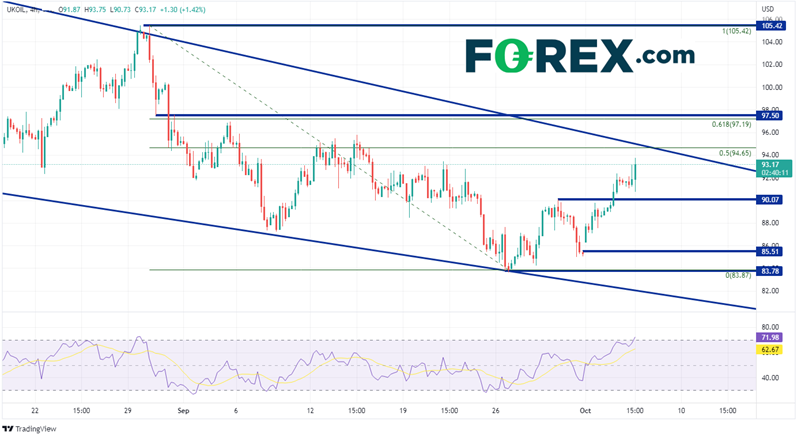 With OPEC+ cutting supply by 2,000,000bpd, the price of oil is moving higher.  How much higher will Brent Crude go?  It may depend of the size of the energy crisis that is brewing throughout Europe right now, as well as the extend to any type of price cap placed on Russian oil.