Canadian Retail Sales were released earlier today, and the results were disappointing.  Although the data was for October, the data still matters.   The headline retail sales number (MoM) was -1.2% vs expectations of +0.5% and -0.1% in September.  This is the lowest headline number since November 2018.  Core Retail Sales (MoM), which excludes autos, was -0.5%, vs +0.1% expected and a revised -0.1% data print from September.

The retail sales data continues a string of disappointing data from Canada.  The Employment Change from November was -71,200 vs an expectation of 10,000.  The Unemployment Rate also rose to 5.9% from 5.5% in October.  In addition, manufacturing sales were -0.7% for October vs 0% expected.  The Bank of Canada left rates unchanged at 1.75% at its December 4th meeting, however this new data will need to be considered when they meet again on January 22, 2020.

As we have written about previously, USD/CAD has been trading in a multi-year, symmetrical triangle and has been nearing the apex. 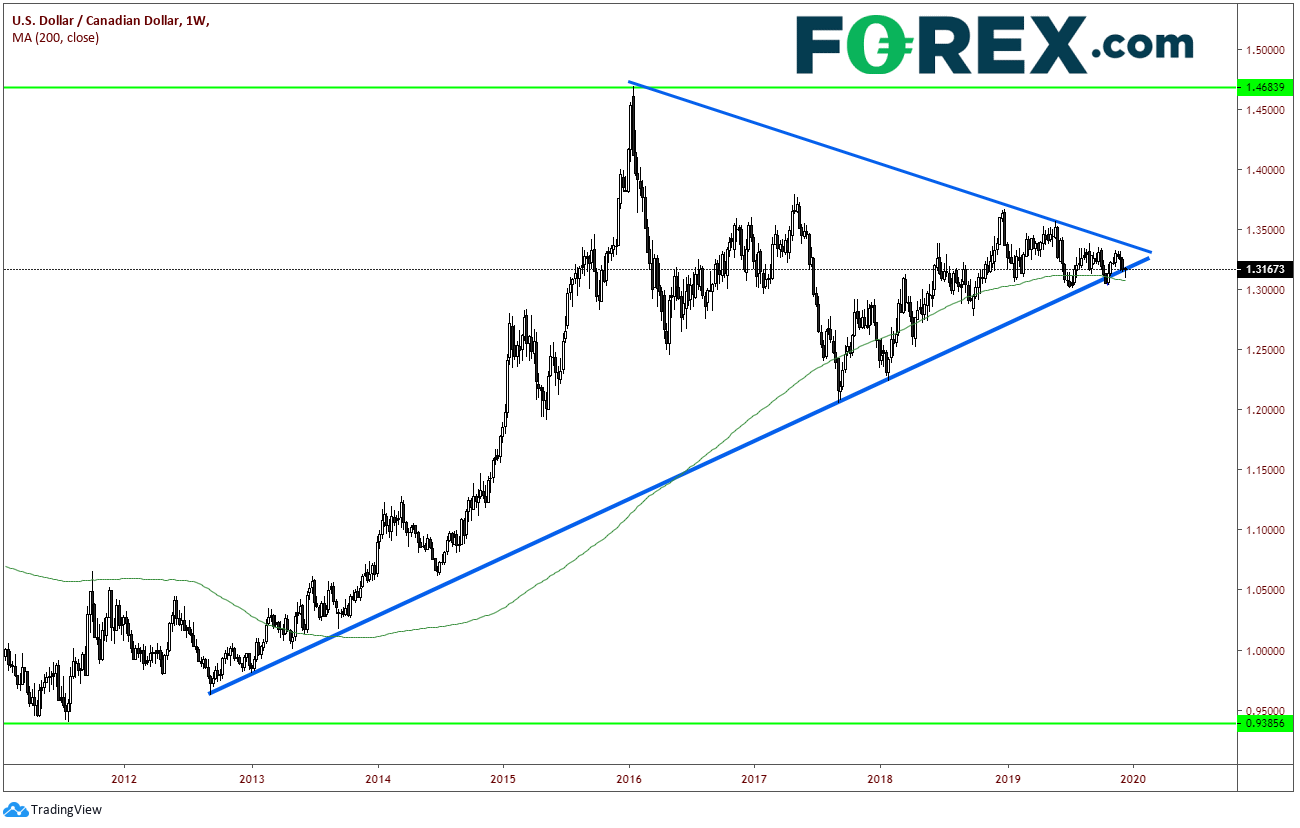 In October, price broke the rising, lower trendline of the triangle near 1.3050, only to trade back towards the 200 Day Moving Average near 1.3270, and squeeze as high as 1.3327, only to turn lower and back below the rising trendline.  With today’s poor retail sales data, price has put in a long bullish white candle and price is currently trying to break back above the rising trendline at 1.3180. 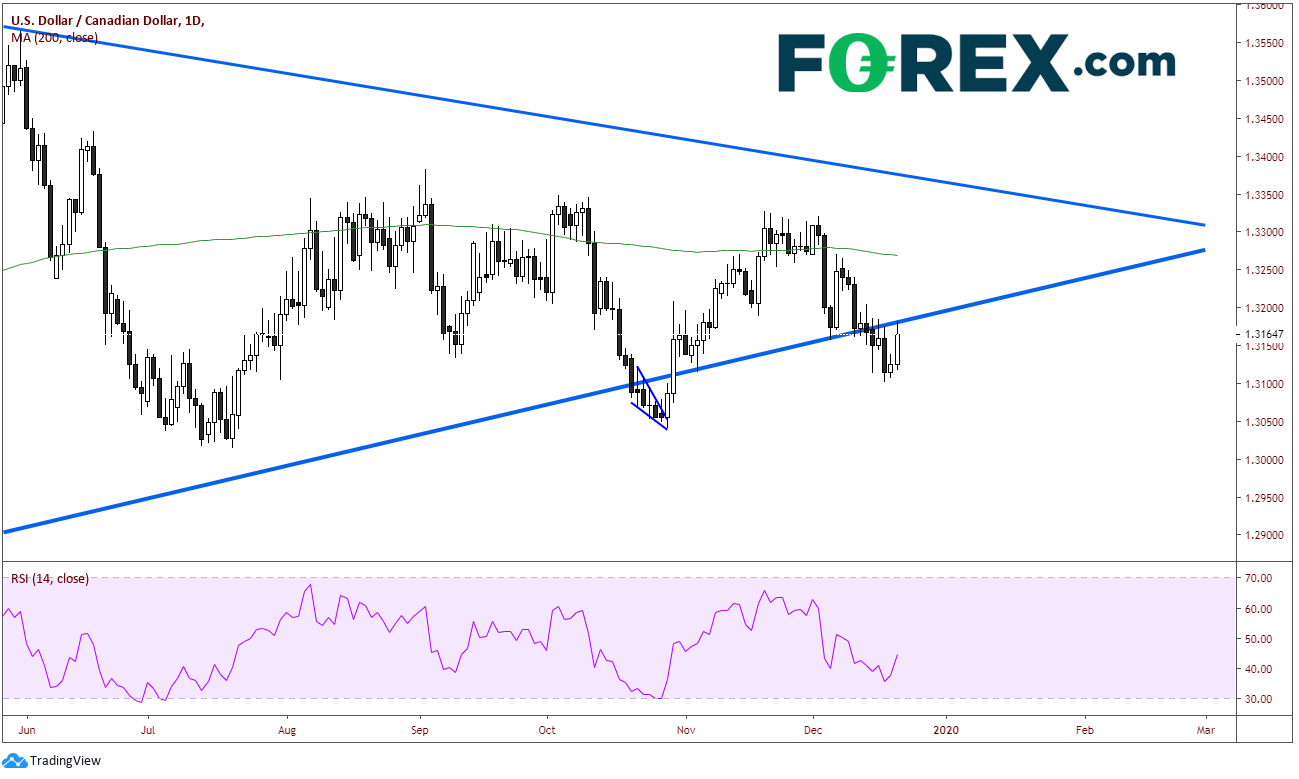 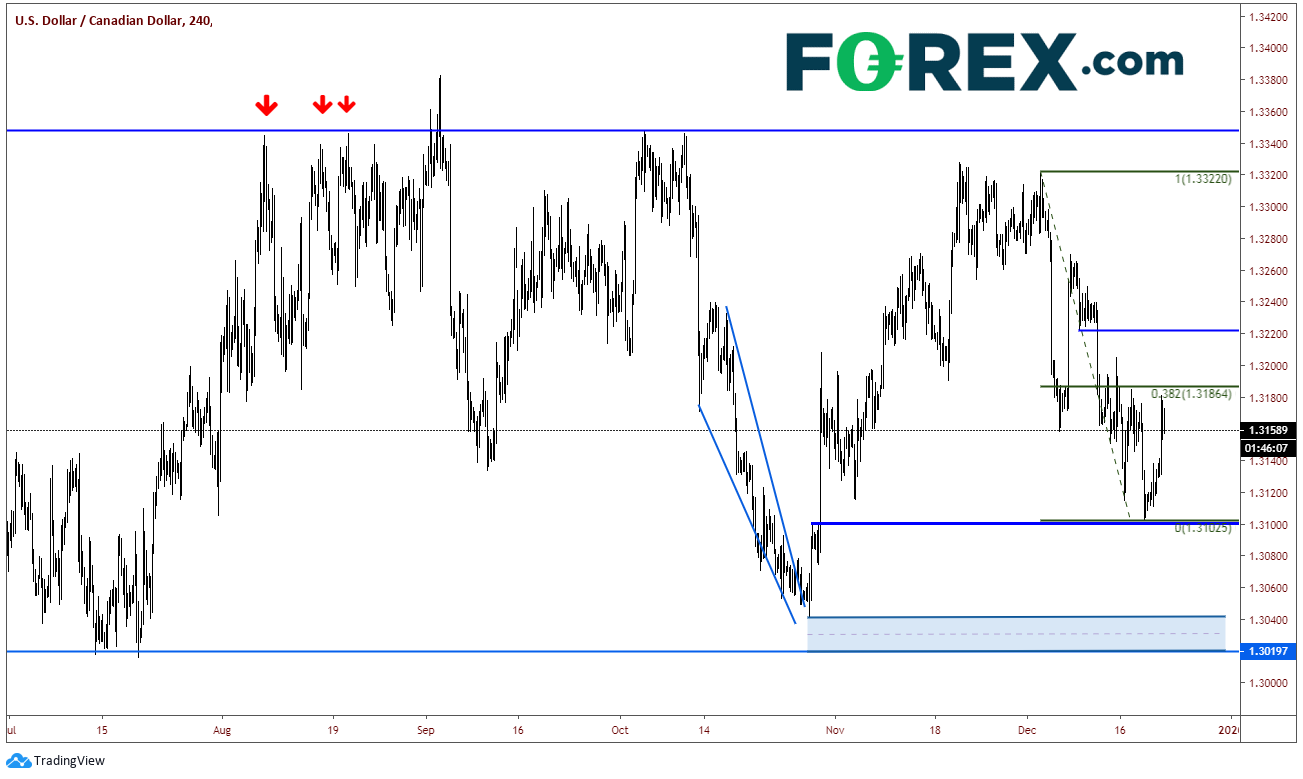 Although we are focusing on the shorted time frame levels, the next longer-term move will be on a break of either 1.3000 or 1.3500.  We may have to wait until the next Bank of Canada rate decision meeting on January 22, 2020 to get it though.