If you’re a bull – don’ t move. Bears, lean right on in as a break of this neckline could confirm a larger, bearish reversal on the Dow Jones Industrial index (DJIA). 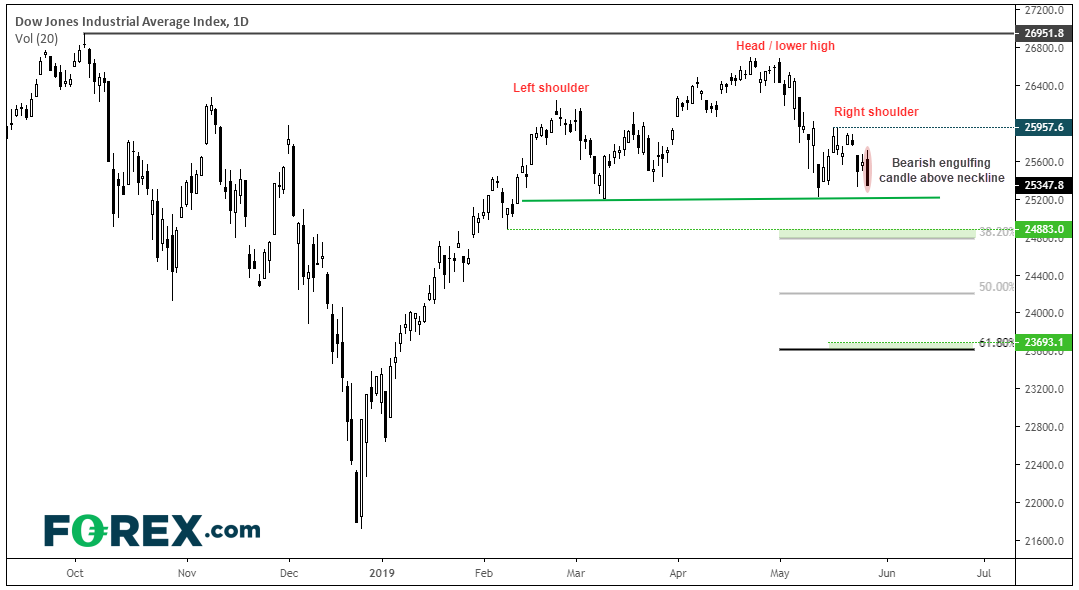 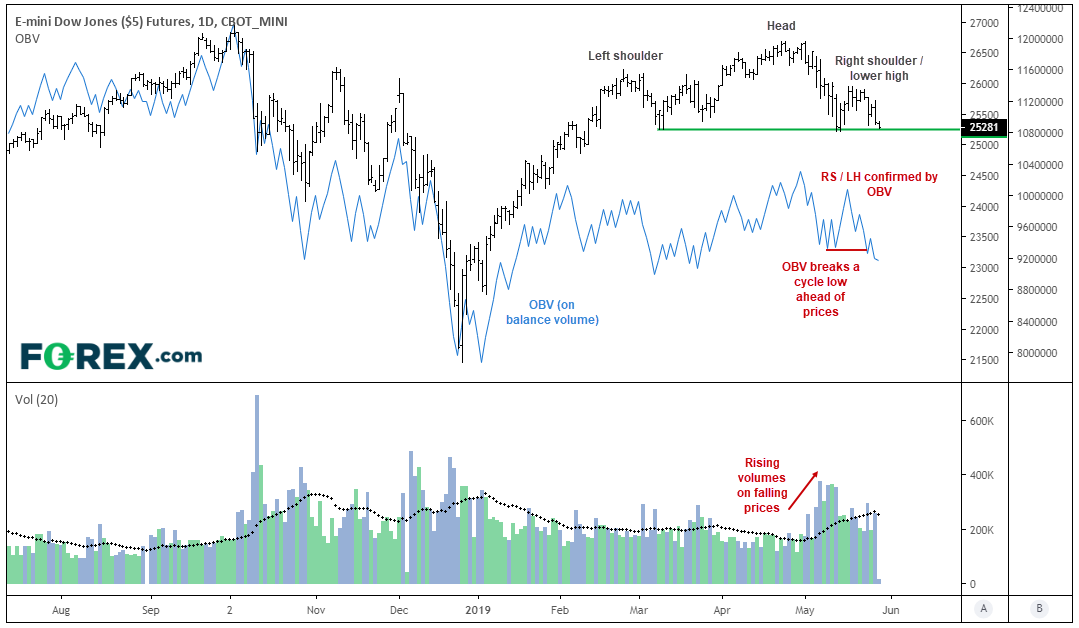