Emerging Markets Pairs may be Giving Us Clues

Emerging market currencies may be telling us that stocks have moved too far, too fast! 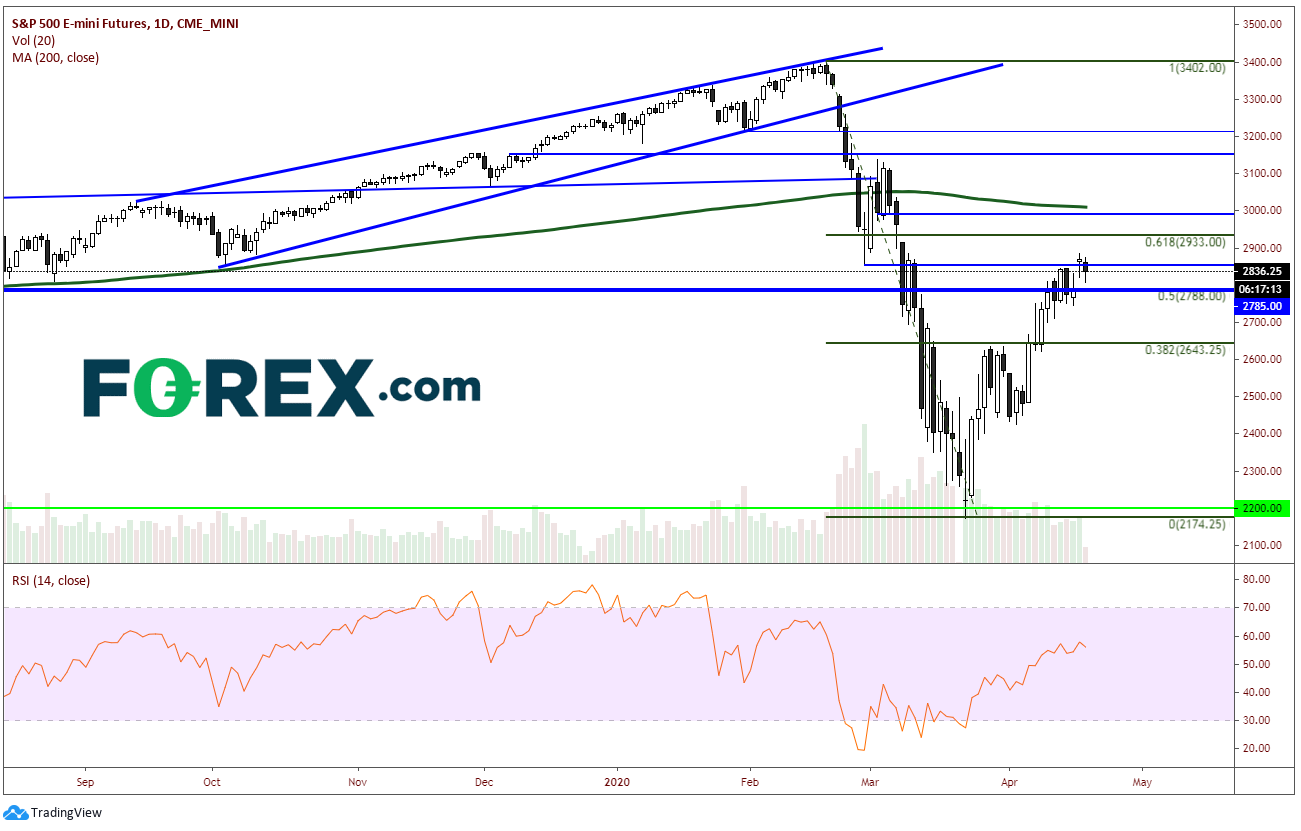 However, if we take a look at an EM pair, such as USD/MNX, the pair has only traded back to the 38.2% Fibonacci retracement level from the highs on March 24th.  The pair has been consolidating sideways in a pennant formation since then. If it does break higher, the current target is above 30.00! 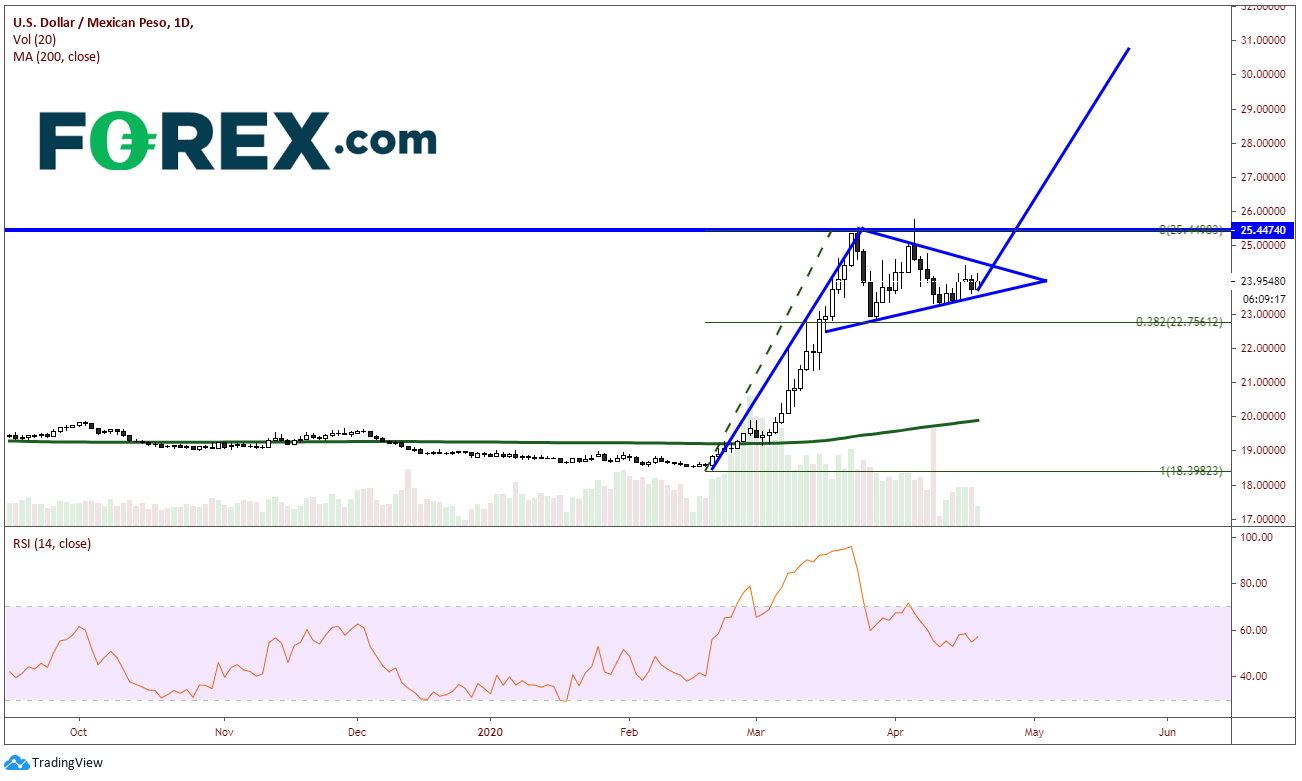 Over the same February 20th to March 23rd time period, USD/ZAR only stalled for a few days before continuing its bid higher.  The pair finally stopped at all-time highs of 19.339 on April 6th and has also been consolidating in a sideways more.  The EM pair couldn’t even pull back to the 38.2% Fibonacci retracement level from that time frame, much less from the lows at the beginning of the move on January 2nd!

USD/TRY has been non-stop bid since the beginning of the move higher in stocks, with minor pullbacks along the way.   Although the pair is diverging with the RSI and probably due for a pullback, it hasn’t yet.  USD/TRY is trading near recent highs at 6.9500. 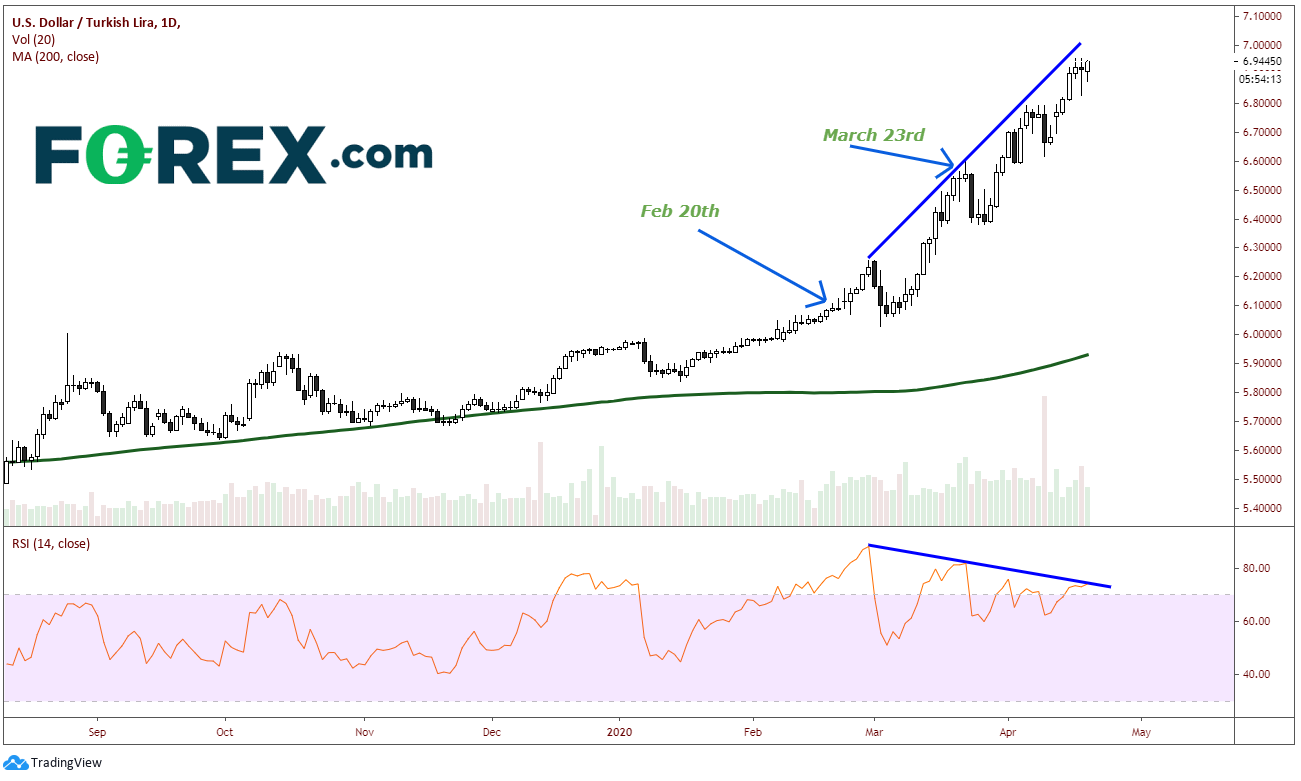 So, what does all this mean for stocks?  If we take a look at these EMs, we can see that they have only pulled back slightly, or not at all!  They may even break out soon and head higher!  If that happens, one would think that stocks may move lower.  Emerging market currencies may be telling us that stocks have moved too far, too fast!