The ECB will stand behind any country that is having economic issues due to the coronavirus.

The ECB met today to discuss whether or not the central bank should be able to buy junk bonds as collateral in their attempt to keep the European economy afloat.  Anticipating a possible downgrade of Italy’s ratings to junk status, the ECB took precautionary measures to assure that there wouldn’t be any issues in accepting Italy’s debt if they were downgraded.   The ECB decided today that they would “Grandfather” eligible marketable assets as collateral until September 2021 if they fall below current minimum credit quality requirements.  In addition, the ECB said they will take further actions if needed.

Euro currency pairs were relatively unchanged after the announcement, as it was anticipated by the markets that the ECB would accept the junk debt.  However, this move does solidify that the ECB will stand behind any country that is having economic issues due to the coronavirus.  To use the phrase first coined by Mario Draghi in July 2012, the ECB is willing to do “Whatever it Takes”!

EUR/GBP has had some interesting moves over the last few weeks. The pair had done bid from .8275 on February 18th to a high of .9502 over the on March 19th.  Since then, the pair has pulled back to the 61.8% Fibonacci retracement level from that same time period in a descending wedge formation.  EUR/GBP finally broke higher yesterday, as increased coronavirus fears hit the Pound.  Price was up 1.13% yesterday, however the pair gave back .56% today on an inside candle day (sign of indecision). 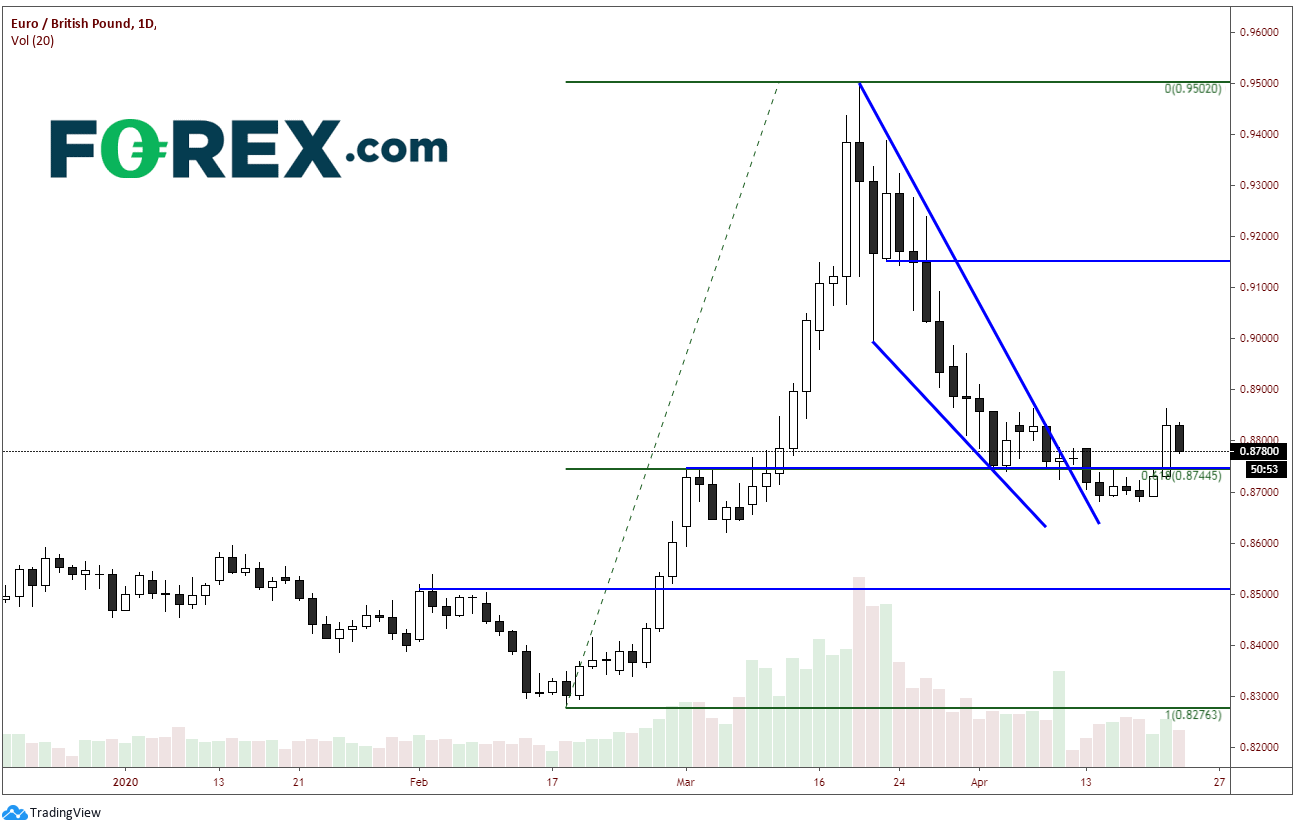 On a 240-minute timeframe, one can easily see why price halted at .8865 yesterday.  There was strong horizontal resistance at that level, with it acting as both prior lows and prior highs!  Although price pulled back today, if it does break through the .8865 level, it has room to run all the way up to .9000, which is a psychological round number level, 38.2% Fibonacci retracement level from the March 19th highs to last week’s lows, and horizontal resistance.  If price does move lower from here, support is at .8750, last week’s lows at .8685,  and long-term  horizontal support at .8595. 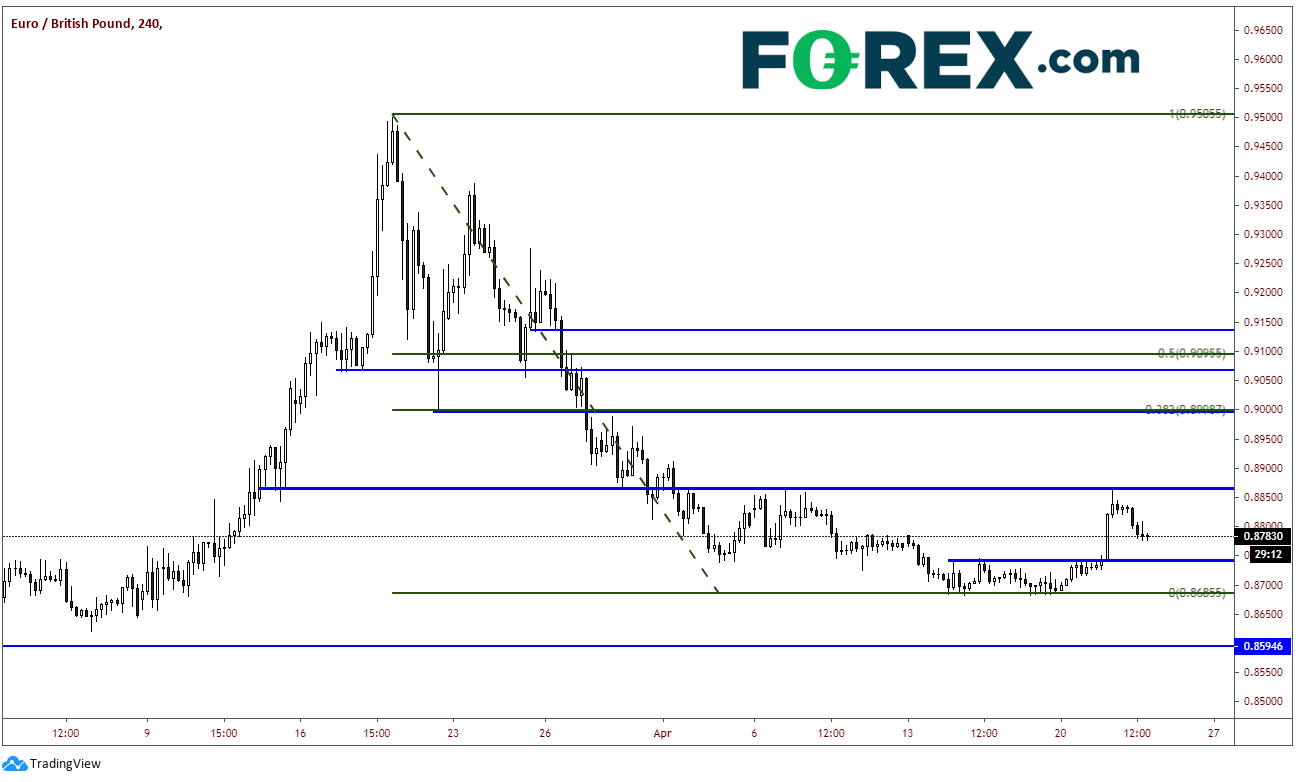 The ECB is willing to do whatever it takes to support its economy.  However, it was yesterday that EUR/GBP had had enough and moved higher out of the descending wedge.  If the Euro does continue to strengthen vs the Pound, it has some room to move on the upside!