China’s November CPI was 2.3% YoY vs 2.5% YoY expected and 1.5% YoY in October.  With falling pork prices, it was vegetables and fruit that took over as the leader in price growth.  This was the highest level of inflation in China since August 2020!  The PBOC is targeting 3% inflation for 2021.  In addition, PPI was released.  The headline print for November was 12.9% YoY vs 12.4% YoY expected.  This is down from the 26 year high of 13.5% YoY in October as the government trying reel in surging commodity prices.

However, the most impactful piece of news from China on the day was the increase in the Reserve Requirement Ratio (RRR) by the PBOC from 7% to 9%.  This means that China’s banks must own more foreign currencies in their reserves, which weakens the value of the Yuan.  Although Chinese governments haven’t said it, this will help provide safety to China’s struggling property markets, which recently saw Evergrande and Kaisa default on payments.  China had last increased the RRR earlier in June (the first time since 2007) in order to provide more liquidity and lower the value of the Yuan, however they had little success.  On Wednesday, USD/CNH reached its lowest level since May 2018 at 6.3304.

Guide to the PBOC

On a daily timeframe, USD/CNH had been moving gradually lower since the first day of Q3, 2021.  The pair had been consolidating within a falling triangle (green trendlines) since then. On Wednesday, USD/CNH finally broke below the base of the triangle and, as mentioned above, reached a lower of 6.3304.  With the increase in the RRR today, USD/CNH bounced aggressively through horizontal resistance. 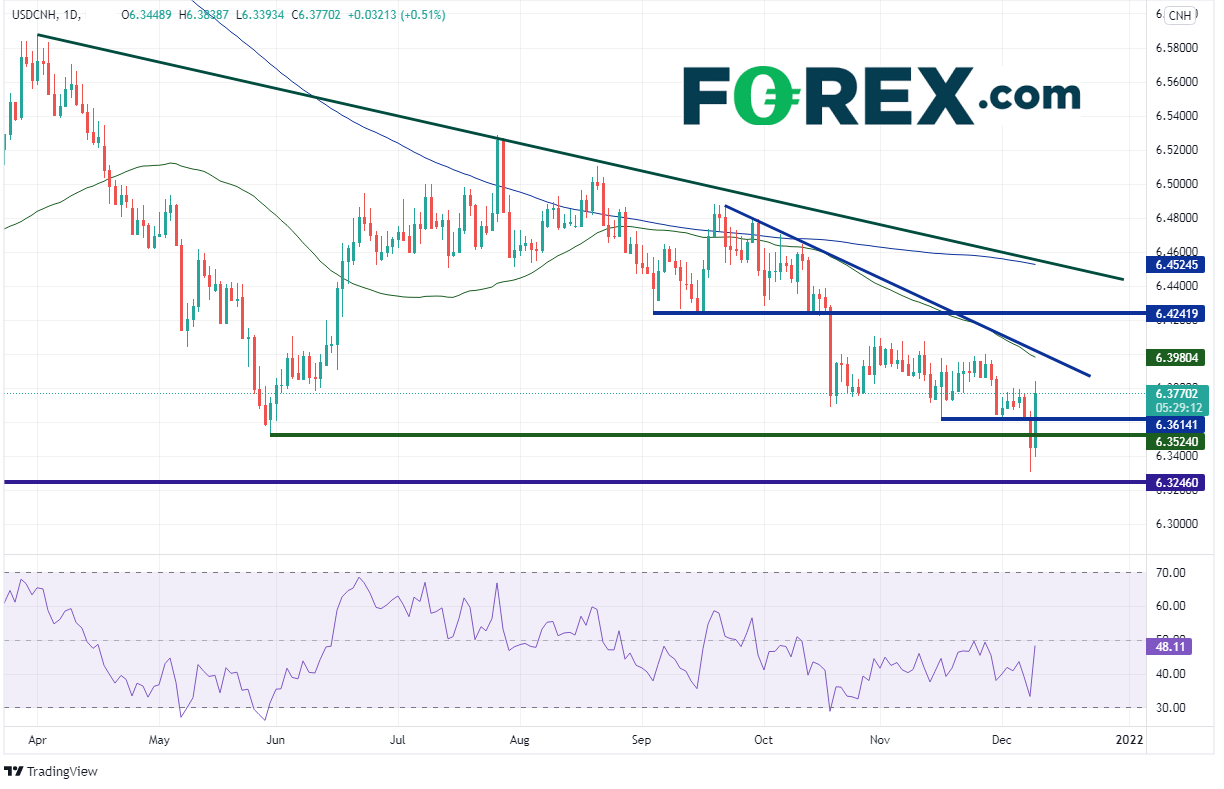 On a 240-minute timeframe, USD/CNH could run into trouble near the 6.400/6.406 level as a confluence of resistance crosses near that areas.  A downward sloping trendline, the 50-Day Moving Average, and the 38.2% Fibonacci retracement level from the highs of July 27th to the lows of December 8th provide resistance in that zone.  Above there is horizontal resistance and the 50% retracement from that same timeframe near 6.4242/6.4295.  Support is at yesterday’s lows of 6.3304, then horizontal support from April 2018 at 6.3246. 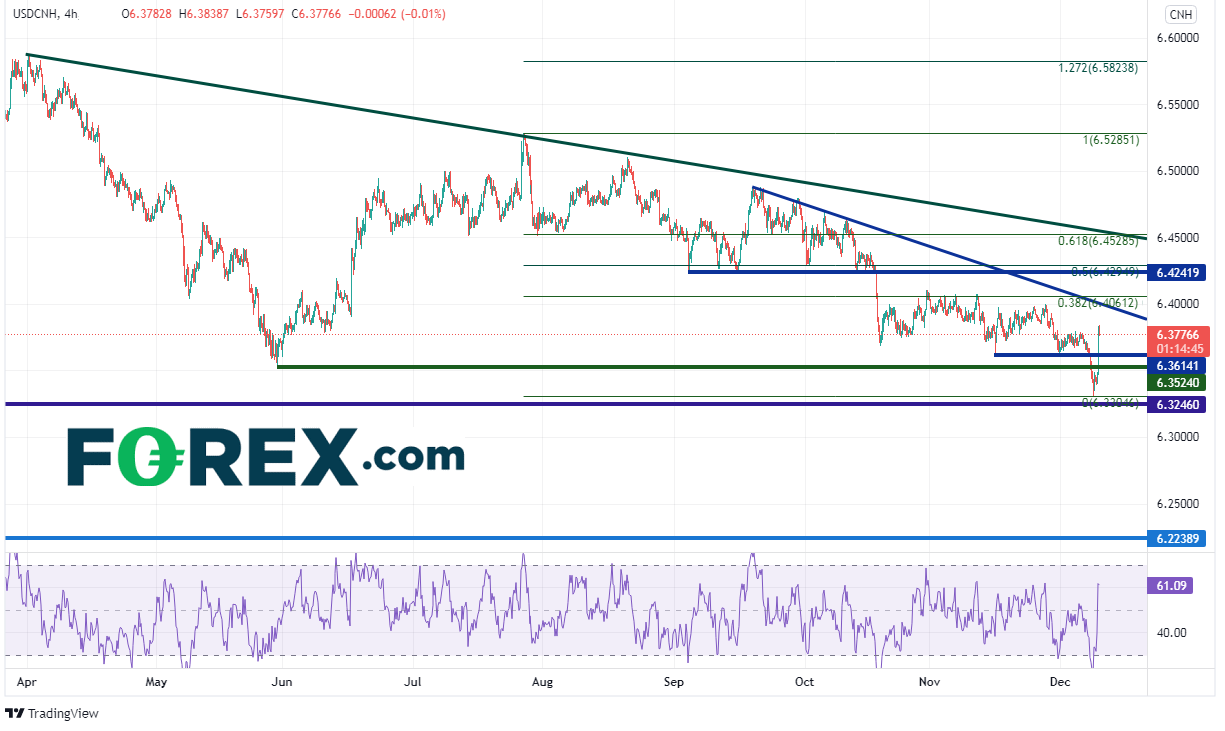 The CPI print provided a very short bit of optimism for USD/CNH bears.  However, once China’s government stepped in and raised the RRR, hopes were dashed.  Watch to see if there will be continued fallout in the market from Evergrande, and if so, what the government will be willing to do.  Also, watch to see if this attempt by the PBOC to weaken the Yuan will have a longer effect than the one in June!