See here to learn everything you wanted to know about the DXY.

On a daily timeframe, the US Dollar Index (DXY) chart has been moving higher out of a descending wedge, which began on April 1st near 93.47,  since May 25th.  However, it wasn’t until June 16th that the pair began to move aggressively higher as FOMC guidance was a bit more hawkish than expected.  The target for the breakout of the bearish wedge is a 100% retracement of the wedge.  Notice that on the move higher, the DXY stalled at the 61.8% retracement from those April 1st highs to the May 25th lows, just above 92.00.  The index pulled back in a pennant formation and has recently broke out higher above the pennant.  The target for the pennant is the length of the pennant “pole” added to the breakout point.  In this case, the target is near 93.35, just pips away from the target of the wedge, which is 93.43! 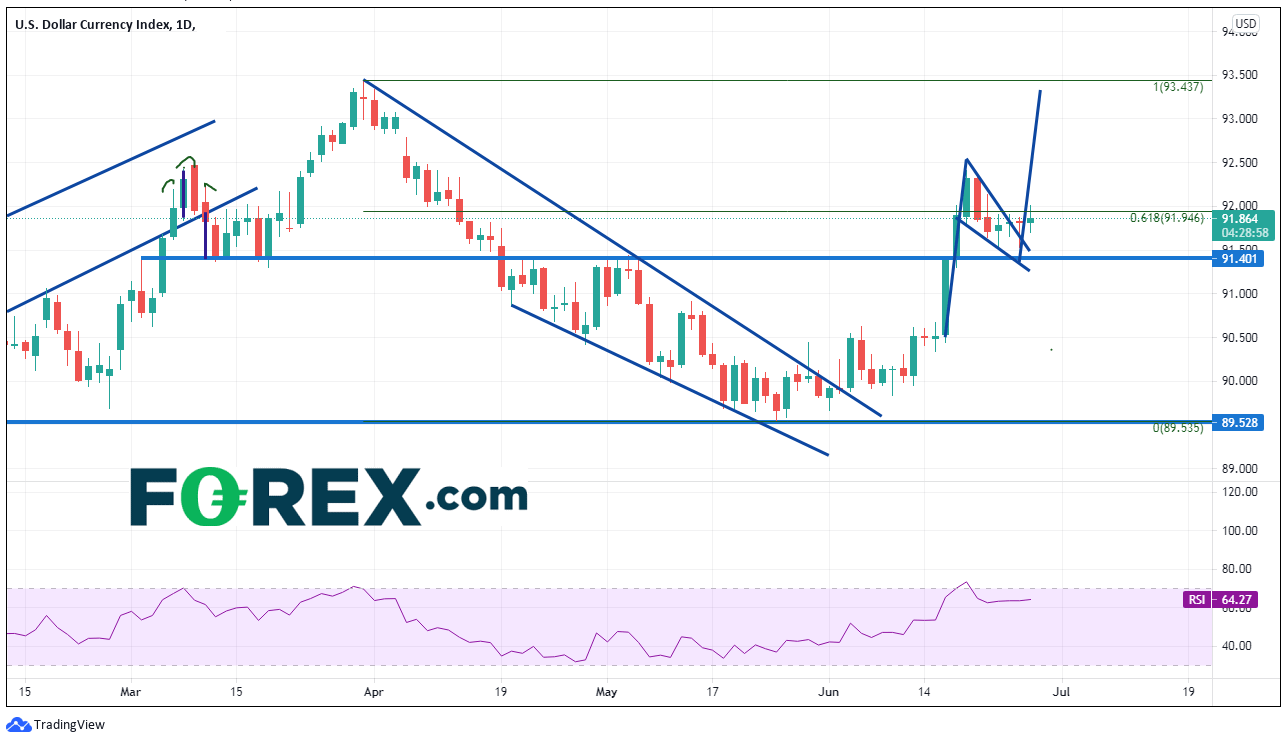 USD explained: A guide to the US dollar

The bottom of the chart below shows the current correlation coefficient between DXY and USD/CHF.  The reading is +0.98! Some traders may not have access to trade DXY.  It may be because it’s not offered, or it may be because of government regulations.  Therefore, regardless of the reason, given the correlation coefficient between DXY and USD/CHF, USD/CHF may be a good substitute for those looking to trade DXY. 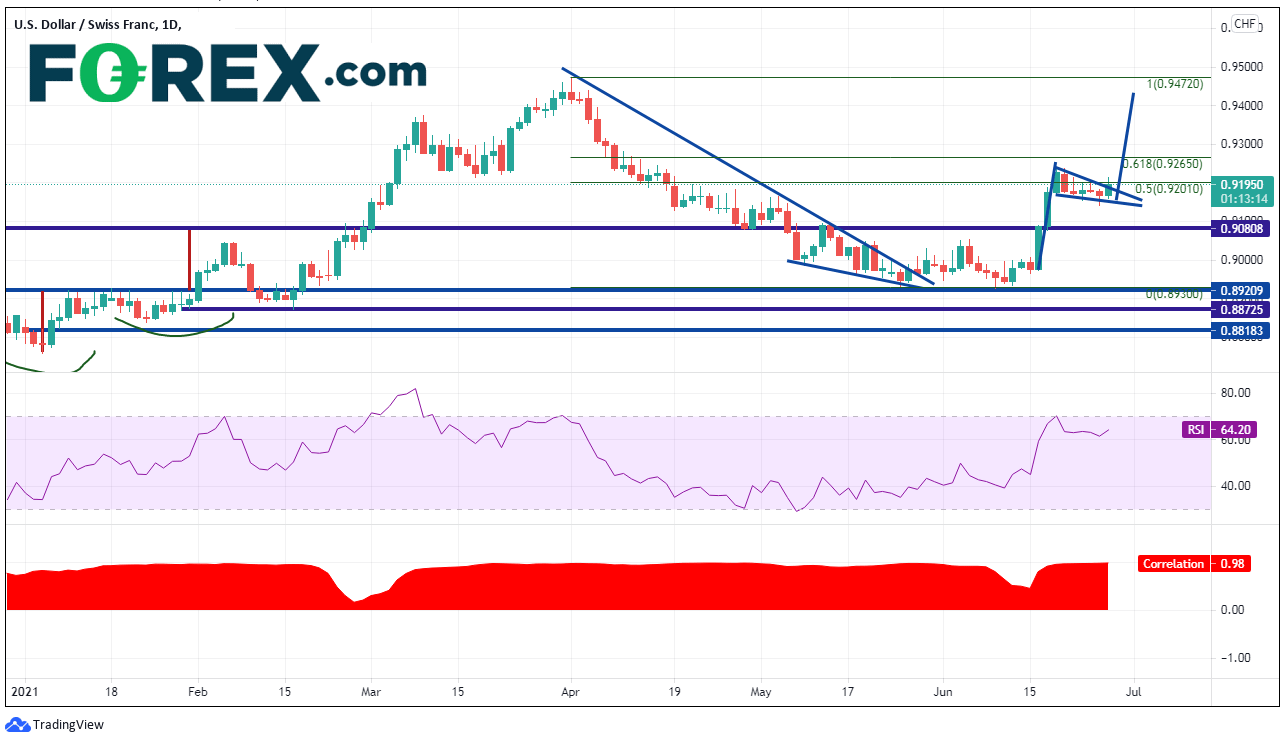 Notice on the daily chart of USD/CHF that the pair had formed a descending wedge off the highs from April 1st. USD/CHF began trading out of the wedge on May 27th, however it wasn’t until June 16th that the pair began trading aggressively higher.  On the move higher, USD/CHF stopped just short of the 61.8% Fibonacci retracement level from the April 1st highs to the May 27th lows., near 0.9250. The pair pulled back in a pennant formation and has recently broke higher above the pennant.  The target for the pennant is near 0.9432, near the target for the wedge, which is 0.9472.