After eight years at the helm, today will be the last time we will see Mario Draghi deliver a press conference following the European Central Bank’s monetary policy decision. At the time of writing at midday in London, the euro was trading lower ahead of the ECB and as the markets awaited the EU’s decision on whether to extend the Brexit deadline to January 31. European stocks were higher, following on yesterday’s rebound on Wall Street.

The outgoing ECB President Mario Draghi is almost certain not to announce any new changes following last month’s rate cut and QE relaunch, but the Italian will face some pressing questions - make no mistake about it. Last month’s moves to cut rates further into negative and restart bond-buying has proved controversial to say the least, with the ECB’s Governing Council being split about the decision: the heads of the German, French, Dutch and Austrian central banks have all voiced opposition against parts of the package.

But Mr Draghi will no doubt try and make a strong plea in support of the stimulus package and spend a bulk of the time explaining and justifying that decision. With the eurozone economy continuing to weaken, it is probably going to be easier for him to make a strong case for the need to keep policy extraordinarily loose compared to, say, the Fed’s Jay Powell.

Indeed, the latest Eurozone Purchasing Managers’ Index (PMI) data released this morning showed German manufacturing activity contracted again in October while growth in the services sector slowed down further. However, there was good news from France, where both sectors expanded – but only just in the case of manufacturing. However, this was not enough to lift the Eurozone manufacturing PMI average out of contraction, as it remained at 57.7 in October.

Overall, with the Eurozone inflation dropping to a three-year low of 0.8% and well below the ECB’s 2% target, and GDP annual growth rate at just 1.2% and falling, Mario Draghi will depart at a time when the economy is slowing down.

But it is not fair to blame Draghi or the ECB for the slowdown. Clearly, monetary policy alone is not enough to support a fragile economy. Draghi may once again call for looser fiscal policy from European governments – especially with Brexit and US-China trade spat still fully unresolved – although it is likely that his pleas will fall on deaf ears.

Some would argue even that the ECB under Draghi’s leadership has helped to prevent a bigger slowdown – or a depression, even – following its decisive actions at the height of the Eurozone debt crisis. But deep down, Draghi will probably feel a little more frustrated than he would have liked knowing that his actions have not been enough to stimulate growth. So, he will depart with mixed feelings and his successor Christine Lagarde will no doubt have a lot of work to do. 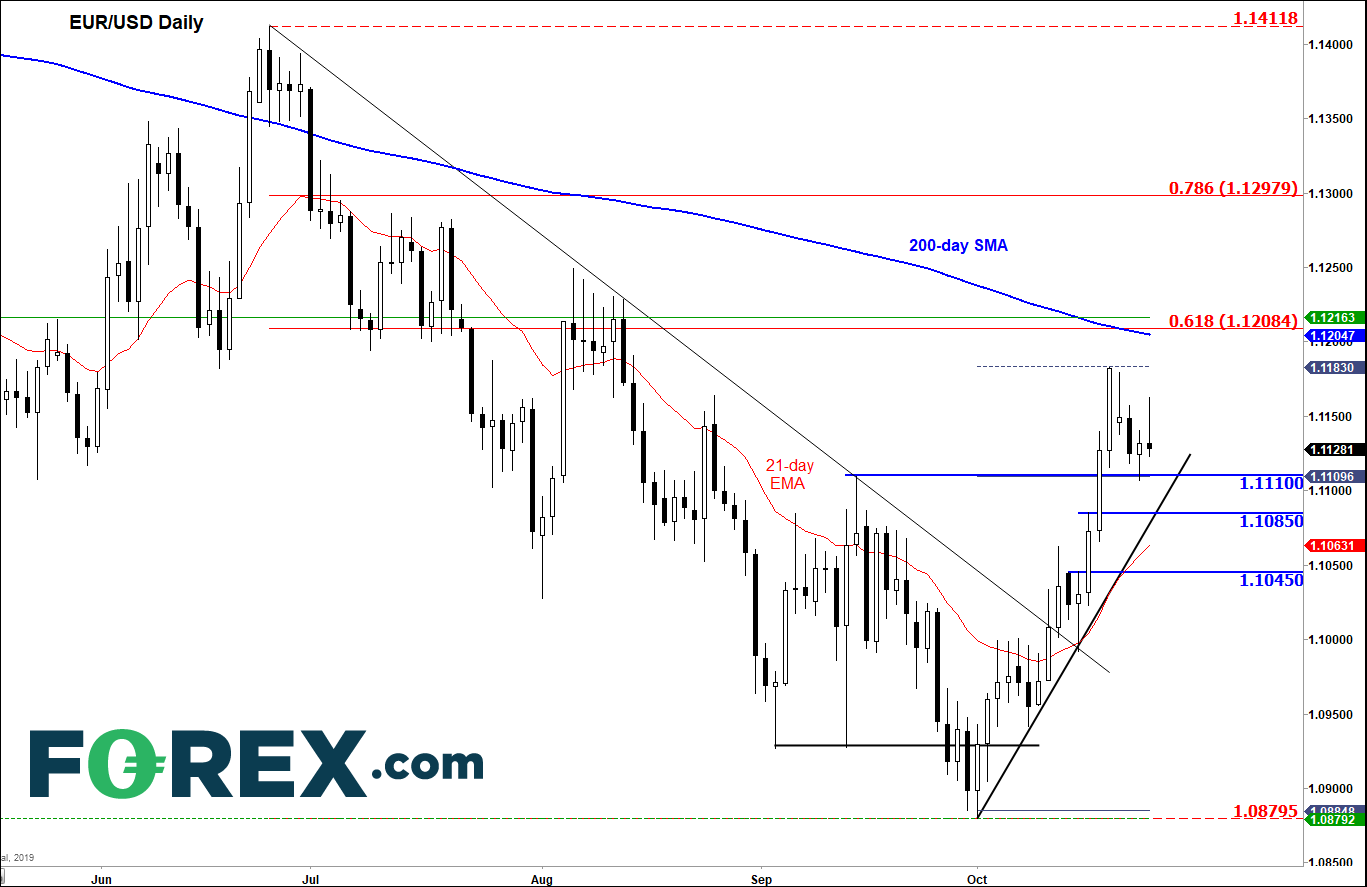