What will the Bank of Mexico (Banxico) take away from the inflation data when they meet on Thursday?  At the December meeting, the Banxico surprised the market by hike 50bps to 5.5%. A 25bps hike was expected.  Markets are expecting another 50bps hike at the meeting tomorrow. It should also be noted that there is a new Governor at the Bank of Mexico, Victoria Rodriguez Caja.  She has a tough task ahead of her as she tries to lower inflation without hurting the economy.

USD/MXN had been in a downward sloping triangle since the beginning of the pandemic in March 2020, forming a strong base between 19.5527 and 19.7062.  The pair then broke above the descending line of the triangle on September 28th and continued higher to the 38.2% Fibonacci retracement level from the March 2020 highs to the January 20th, 2021 lows near 22.00.  The pair had been moving lower since in a descending wedge formation, breaking out on January 18th.  USD/MXN then retraced to a confluence of resistance on January 28th just below the 38.2% Fibonacci retracement level from the November 26th, 2021 spike to the January 17th low, horizontal resistance, and the 200 Day Moving Average.  This range is between 20.80 and 21.00.  The pair has been moving lower since. 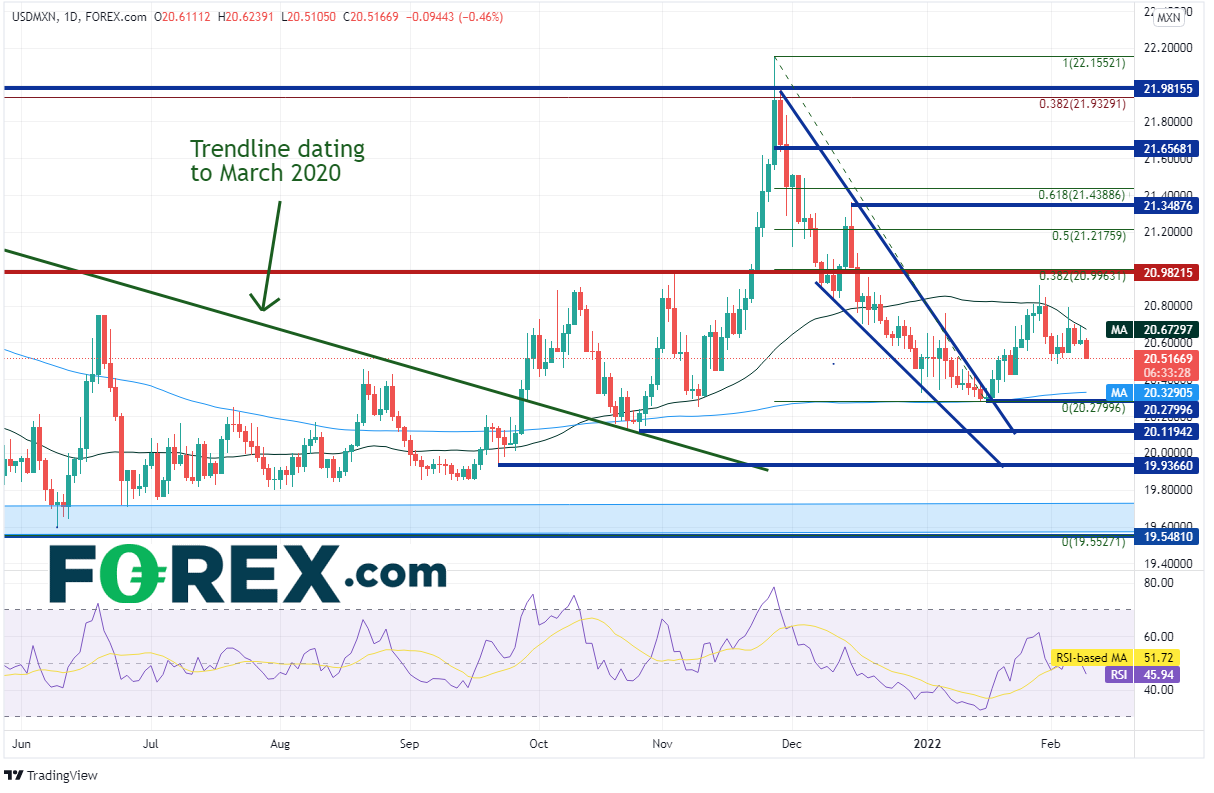 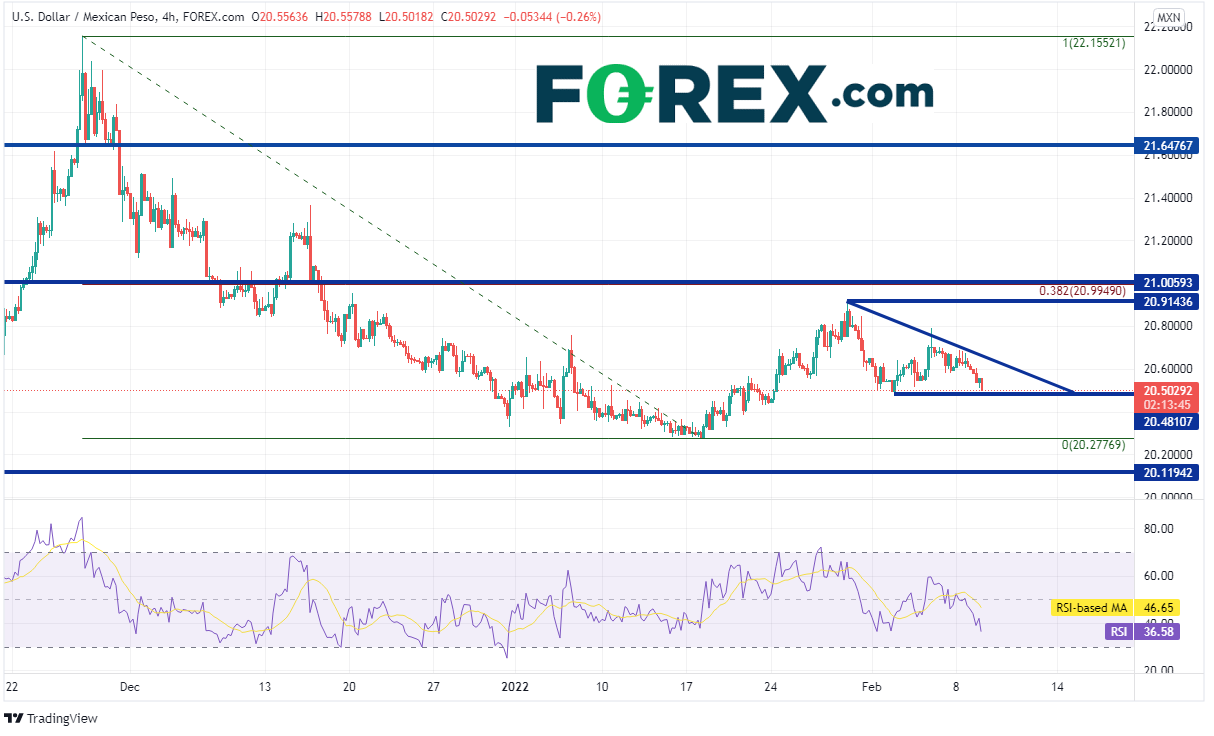 January headline CPI was weaker than December’s while the Core CPI was stronger.  How will Banxico interpret this data?  The central bank meets tomorrow and a 50bps hike is expected. There is also a new central bank Governor.  The question traders need to ask is: Will the CPI data cause central bank members to change their views?